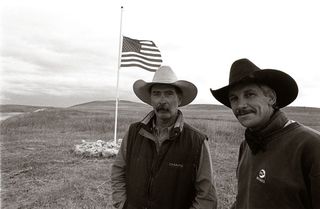 We’ve reached that dreadful anniversary again. The past week has seen numerous documentaries on TV focused on every conceivable aspect of those terrible events of 11 September 2001 - and can it really be nine years since we first watched our TV screens in disbelief as we saw footage of the planes crashing into the Twin Towers?

Almost a year ago I blogged about the American Civil War and the huge number of books that have been published on the subject, but I also focused on the fact that there are photographs of the aftermath of some of the battles. The debate around 9/11 has also generated a huge number of publications, not to mention the millions of internet pages (just Google it) but it’s the video footage, both professional and amateur, that we remember most, that we can replay over and over again in our heads. And the thousands of photographs that were taken to record every moment, as if the documenting would somehow make sense of it all (it didn’t).

I’ve also blogged about our acquisition of the archives of the photographer and writer Michael Katakis and his wife, the anthropologist Kris Hardin. Michael’s response to 9/11 was to set off on September 14 on a trip across America.

His photographs in the ‘Troubled Land’ series show people from all walks of life – and from the many different nationalities that make up the United States. Each photo identifies the subject, their occupation and the time and place, and most have a short quote from the subject. The photos offer a ‘snapshot’ of America at a unique moment in time, and, not surprisingly, the responses are very different - from the women in the Muslim Americans for Civil Rights and Legal Defense Office in Illinois (‘We are under siege domestically.’) to the owner of a radio station in Nebraska (‘I put up that flag yesterday with a star hand drill. With every blow I was hitting Bin Laden between the eyes.’).

And to quote Michael:

‘I wanted to know if the country could be as reflective as it was reactive. Would we be able to discuss why this had happened or explore if our actions in other parts of the world over the years had somehow contributed to such misery here at home. After 12 days I had more questions than answers.’ 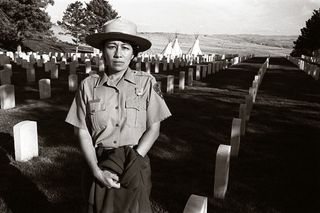 Posted by Carole Holden at 01:20:00 in Collections , Photography , USA

My thoughts go to all the people who lost loved ones that day 9 years ago.... May God be with you!

Sept 11 was very sad and it still be. You story and images as well. Hope US will bemore reflective than reactive , so it never be another Sept 11. Spread peace and cultivate peace.

Posted by Carole Holden at 1:20 AM