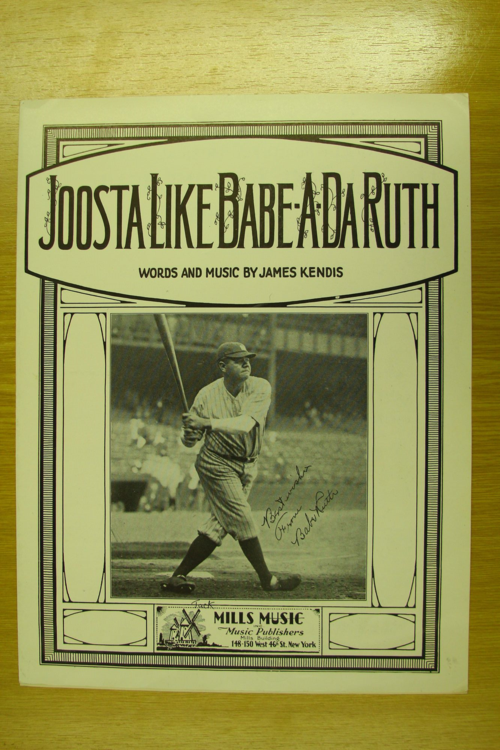 One hundred years ago today, on 11 July 1914, George Herman ‘Babe’ Ruth, Jr made his Major League Baseball (MLB) debut as a left-handed pitcher for the Boston Red Sox. During the next five years – which included three World Series championships – Ruth transitioned from pitcher to powerful slugging outfielder, and in September 1919 he broke the MLB single-season home run record. Yet three months later, in a move now regarded as one of the worst transfer deals in history, he was sold to the New York Yankees.

On 1 May 1920, just weeks into the new season, Ruth hit a ball out of the Yankees’ home stadium, a feat only previously achieved by Joe Jackson. His second home run came the very next day. By the end of May he had broken the record for home runs in one month. In June he broke this again, and on 4 September he both tied and then broke the organized baseball record for home runs in a season (previously held by a player in the minor Western league). In his fifteen years with the Yankees, Ruth established himself as one of the greatest players of all time, with records including: career home runs (714); slugging percentage (.690), which remained unbroken until 2001; and runs batted in (RBIs) (2,213).

Although not noted for its baseball holdings, the British Library holds a significant collection of early twentieth century sheet music extolling the virtues of America’s national game. Several songs focus specifically on Ruth, including Jas Kendis’s ‘Joosta Like Babe-a-da Ruth’ (New York, 1928; BL shelfmark VOC/1928/KENDIS) which tells of a protagonist so good at baseball that, just like Ruth: ‘He smack-a da baseball up-a so high / He smack ’em in June, it’s come down in July’. Another evocative item, published the year after Ruth retired from MLB, is Babe Ruth’s Baseball Advice (Chicago, 1936; BL shelfmark 7915.w.6), which must surely have been one of the most-desired Christmas and birthday presents for young boys across the United States. 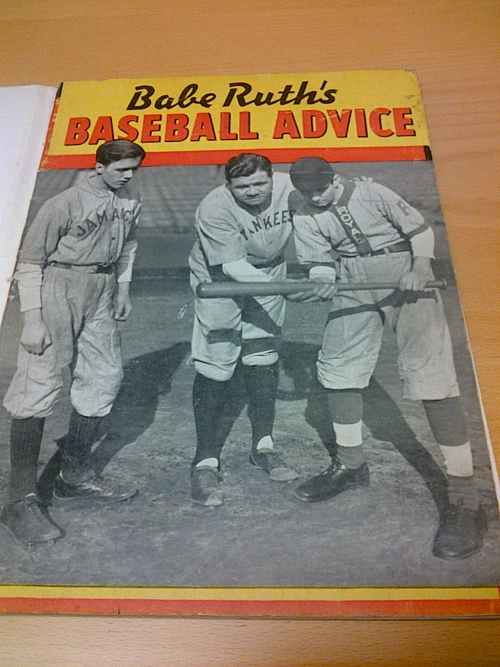 The Library’s recent acquisition of the Mike Ross Baseball Collection – which includes several hundred books and programmes and a run of the UK Society of American Baseball Research (SABR) Examiner – significantly boosts our baseball holdings and future blogs will keep readers posted on its accessibility.

Thanks for this article. Love the pics. You mentioned that Ruth transitioned from a pitcher to a power hitter. He won 94 games as a pitcher most of them as a Boston Red Sox before becoming a Yankee. His first year as a Yankee I believe he hit 54 home runs. Prior to that the most hit by any player (Ruth) was 29. Another interesting fact about Ruth is that he still holds the highest lifetime batting average of any Yankee at .342.

Posted by Carole Holden at 8:00 AM