Above: a portrait of William Wells Brown from his book, Narrative of William W. Brown [BL shelmark: 10880.a.6]

[In last week's post Ellie Bird wrote about her research on anti-slavery narratives and 'The North Star' anti-slavery newspaper. This week Ellie shows some of the other stories that have come out of her research]

Looking through the holdings of Frederick Douglass’s paper in 1851 (then entitled The North Star) I find something that intrigues me; a letter to Douglass from former slave William Wells Brown (NS, April 17 1851, p3). In 1851, by this time a bestselling author of his own 1847 slave narrative, Brown toured Britain with fugitive slaves Ellen and William Craft and his letter is written from the Lake District house of Harriet Martineau. Martineau, whose anti-slavery sentiments are evident in her writing, supported the Crafts during their stay in Britain. I am struck by William Wells Brown’s soothing description of the isolated setting of the Lake District,

"A cold ride of about fifty miles brought us to the foot of Lake Windermere, a beautiful sheet of water, surrounded by mountains that seemed to vie with each other which should approach nearest the sky." 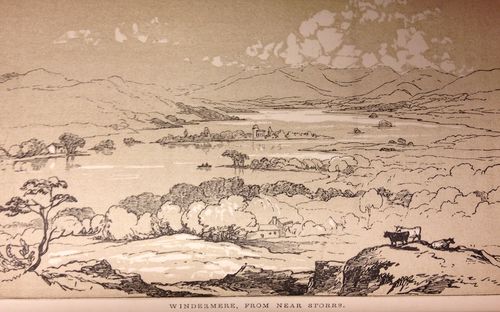 Above: a view of Windermere from Martineau's, Guide to Windermere [BL shelfmark: 10351.b.28]

Part travelogue his letter describes the rich literary inheritance of the Lake  District, name-dropping Wordsworth and Coleridge in addition to the titles of many of Martineau’s texts, demonstrating Brown’s well-read mind as much as the famous literature of that region. At the close of his letter a throwaway line reads,

"The evening was spent in talking about the United States and William Craft had to go through the narrative of his escape from slavery."

A reminder that as well as slave narratives being a best-selling genre of their day and the celebrity-like status of many fugitive slaves who toured the United States, Britain and Canada, telling slave narratives could also be a private, domestic event, a form of evening entertainment and spoken spontaneously as well as read. 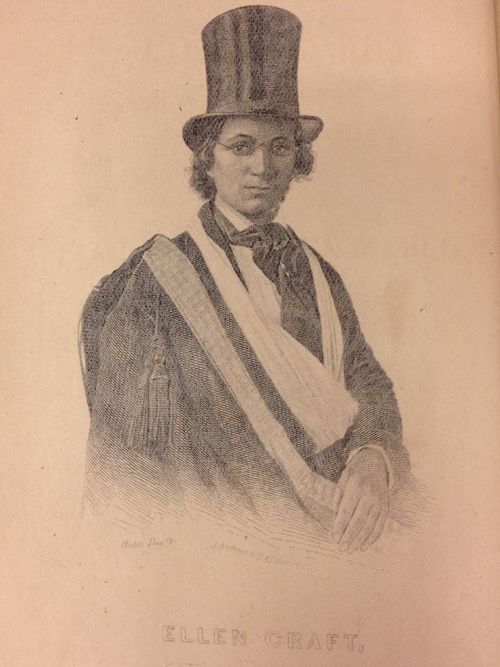 Above: a portrait of Ellen Craft from, Running a Thousand Miles for Freedom [BL shelfmark: 10880.a.39]

Here that fleeting moment is captured in a letter made public and printed in a newspaper. If we read into Brown’s use of ‘had’ that William ‘had’ to tell his story it suggests eagerness on Martineau’s part to hear the narrative as part of a wider conversation on America, and a need for William to tell his story to smooth relations with his host.

Posted by Philip Hatfield at 12:30 PM