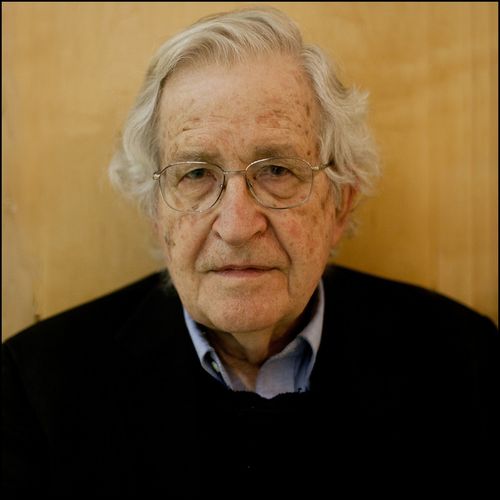 Ander McIntyre is a photographer and a Fellow at the Eccles Centre for American Studies at the British Library.  He is an occasional contributor to this blog:

A portrait of Noam Chomsky just before he delivered a lecture at the British Library on 19 March this year, as part of the series of events under the banner of the Library's new exhibition Propaganda: Power and Persuasion.

In 1988, Professor Chomsky wrote, in Language and Problems of Knowledge: The Managua Lectures (MIT Press),

Work of true aesthetic value follows canons and principles that are only in part subject to human choice; in part, they reflect our fundamental nature. The result is that we can experience deep emotion - pleasure, pain, excitement, and so on - from certain creative work, though how and why remains largely unknown. But the very capacities of mind that open these possibilities to us exclude other possibilities forever. The limits of artistic creativity should, again, be a matter of joy, not sorrow, because they follow from the fact that there is a rich domain of aesthetic experience to which we have access.

A film of Chomsky's conversation at the Library with Jonathan Freedland is on our YouTube channel.