From Mongols to Mughals

A few weeks ago we wrote about the Timurid ancestry of the Mughals while referring briefly to the emperor Babur’s maternal ancestor, Genghis Khan (in fact ‘Mughal’ itself is derived from the word Mongol). In addition to the copy of Muʻizz al ansāb described there (Or.14306), the British Library is fortunate enough to have a second one, acquired in the late 19th century (Or. 467), of which the first part is dedicated to the Mongols’ ancestors. Although the work was not composed during the rule of the Chingizid Ilkhanid dynasty of Iran (1260-1335), but under the Timurids (1370–1526), the information provided by this source is of major importance for the Chingizid period. Most of the genealogical data is based on previous works written by the Ilkhanid vizier Rashīd al-Dīn (d. 1317), such as the famous Jami‘ al-tavārīkh or the Shu‘ab-i Panjgānah. The fact that Rashīd al-Dīn had unprecedented access to the Mongol court and personally asked the Mongol royal family about its past, makes of this work one of the most interesting sources of information on Mongol genealogy available today. 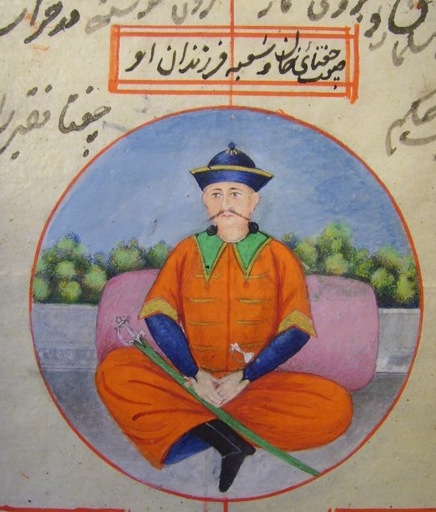 An imaginative portrayal of Chaghatai Khan (d. 1242) painted in the 18th century. Chaghatai was Genghis Khan's son and the founder of the line of Mongol rulers of Central Asia. The Chaghatai language and Chaghatai Turks take their names from him (Or.467)

The British Library copy was probably made in India during the 18th century, but unfortunately lacks some folios at the beginning of the description of Timur’s genealogy. However, unlike other copies, it contains illustrations of the rulers from the very beginning - including images of the Mongols’ mythical ancestors. These are entirely anachronistic, but despite their historical inaccuracy, are valuable representations of how a 19th century Indo-Muslim viewed the past, portraying a characteristic Moghul amalgamation of Turco-Mongol and Muslim heritage. 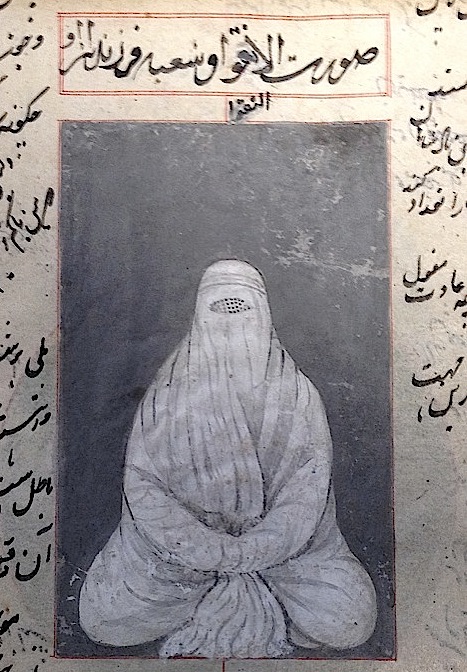 The mythical heroine Alan Qo’a, who, impregnated by a ray of divine light, gave birth to the Mughals' ancestors. Abu’l-Fazl, Akbar’s official biographer, devotes a whole chapter to her, describing the day of her conception as “the beginning of the manifestation of his Majesty, the king of kings, who after passing through divers stages was revealed to the world from the holy womb of her Majesty Miryam-makānī for the accomplishment of things visible and invisible.” (Akbarnamah, vol 1)

An important feature of this copy is the attention given to the representation of Genghis Khan’s descendants – i.e. Qaidu Khan, Qabul Khan, etc.; his sons Jochi (d. 1227), Chaghatai (d. 1242), Ogedei (d. 1241) and Tolui (d. 1232) and their families. An enthralling aspect of the work are the tables with data on the wives, concubines and government officials which accompany each one. Some are illustrated and include short descriptions on their tribal origin and offspring, as well as on their actions in government.

There is a vast potential for research to be centred on this material, notwithstanding the work that has been done so far. For example, a comprehensive comparison between the different manuscripts of the Mu'izz al-ansāb is wanting, while most of the information regarding women and officials mentioned in the work is still waiting to be analysed. What is clear, however, is that this manuscript represents a sense of continuity perceived by all these 'different' dynasties that ruled first Central Asia and later India for over 600 years. A work which describes the Chingizid Mongols’ progeniture, authored by an anonymous Timurid and copied in Mughal India offers an insightful instance of the Mughals conception of their origin and past.

Posted by Ursula Sims-Williams at 6:53 PM