New information about manuscripts in our collections is often made known through the work of dedicated experts who study specific items in the course of their research.  One such case was brought to light through the work of Dr. Hüseyin Gazi Yurdaydın, who successfully identified the author of one of the British Library’s Turkish manuscripts which had previously been described as anonymous (Yurdaydın, 144).  The manuscript in question is Add. 23586, a work written in Ottoman Turkish.  In the British Museum’s late 19th-century catalogue, Charles Rieu describes this work in a fair amount of detail, even identifying it as a ‘portion of the history of the dynasty,’ referring to the Ottomans (Rieu, 46).  However, the work was not definitively identified as part of the historical chronicle written by Matrakçı Nasuh, the famous 16th-century Ottoman polymath, until Dr. Yurdaydın’s work on the manuscript.  Add. 23586 contains the section of Nasuh’s Cāmi‘ üt-Tevārīh dealing with the reigns of Beyazid II (1447-1512) and Selim I (1512-1520). 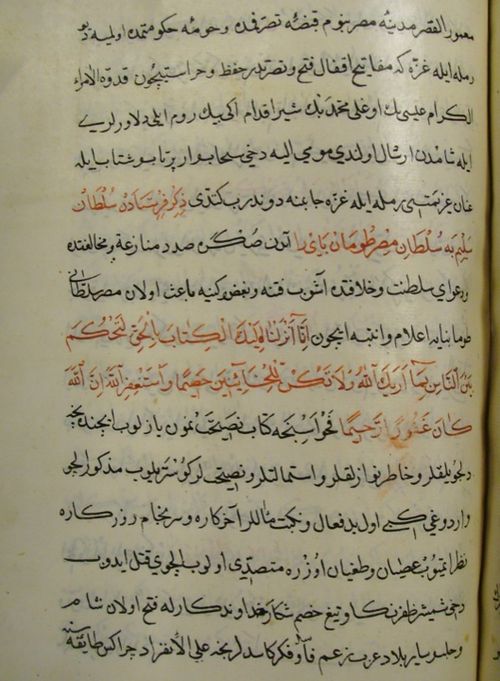 The section on Selim I, in which the Ottoman sultan sends an emissary with a letter of warning to the last Mamluk ruler of Egypt, Tumanbay (Add. 23586, f 156r)

The author of this manuscript, Matrakçı Nasuh, was an Ottoman Renaissance man. He excelled in martial arts, mathematics, science, painting and literature, among other fields. Matrakçı Nasuh’s name, in fact, comes from the word for ‘cudgel’ or ‘mace’ in Ottoman Turkish, matrāḳ, as he was famous for his virtuosity in employing this weapon and creating games and military training involving the mace, as well as other weapons, even writing a work on the art of swordsmanship, Tuḥfat ül-Ghuzāt (Yurdaydın, 143-144). In addition to the art of chivalry, Matrakçı Nasuh’s contributions to Ottoman court life are numerous. His talents first came to attention of Sultan Süleyman (ruled 1520-1566) as a young officer in the Janissary corps. In 1530, Nasuh translated Ṭabarī’s renowned historical chronicle, Tarīkh al-Rusūl wa al-Mulūk (History of the Prophets and Kings, better known in English as the Annals) from Arabic into Ottoman Turkish and adapted it to include information from Ptolemy and al-Bīrūnī (Ebel, 4).

This translation/adaptation, which Nasuh called the Cāmi‘ üt-Tevārīh, came to the attention of the new sultan in 1534 (Yurdaydın, 144). Perhaps in an effort to establish his status as a patron of the arts, as well as a universal monarch drawing his legitimacy from previous Islamic and pre-Islamic rulers, Süleyman commissioned Nasuh to continue his historical chronicle to include the Ottoman dynasty.  It is a copy of this work that is contained in part in the BL’s Turkish manuscript collection in MS. Add. 23586. Our copy of this work is dated AH 960 or AD 1553, making it contemporary with the life of Matrakçı Nasuh, who died in AD 1564. 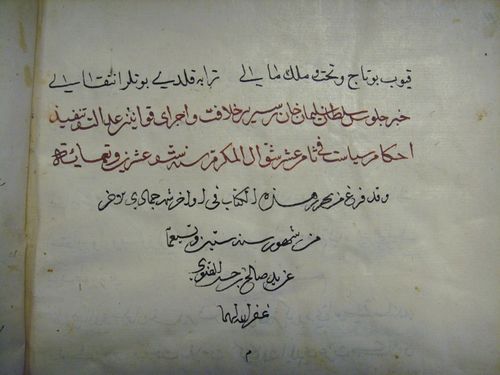 In addition to his contribution to the writing of history and the creation of games with cudgels, Matrakçı Nasuh was also famous as a technician. The most well-known episode of his engineering talent occurred during the circumcision ceremonies of Süleyman’s sons, Mehmed and Selim, when he famously constructed two moving citadels out of paper from which soldiers emerged and staged a battle, as part of the public spectacle and celebration in the Istanbul hippodrome (Yurdaydın, 144). He was also a talented painter and created a new form of art that depicted the topography of cities of the Ottoman Empire with great precision and detail (Ebel, 2-3). 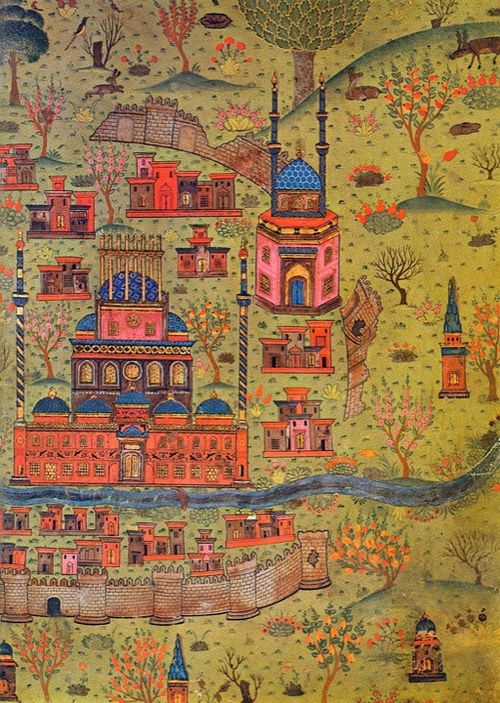 In addition to Matrakçı Nasuh’s work on historiography, the British Library also holds one of his manuscripts on mathematics, his famous treatise, Ümdet ül-Ḥisāb Or. 7988. 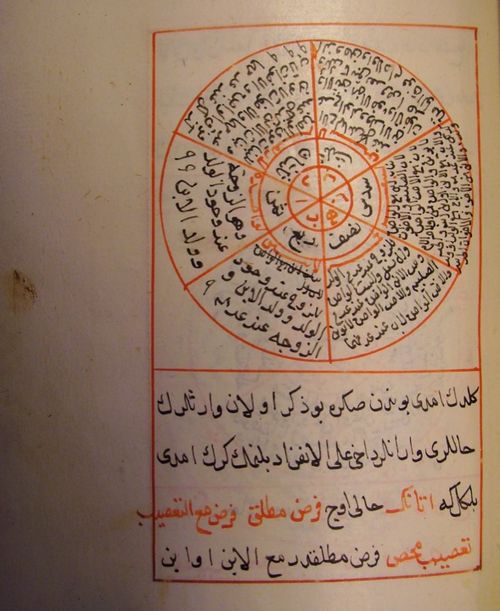 Ümdet ül-Ḥisāb. From the chapter on fractions, in which the division of inheritance is explained (Or. 7988 f. 16r)

However, the canonical work on the history of Ottoman mathematical literature, aptly titled Osmanlı Matematik Literatürü Tarihi, lists thirteen extant copies of Matrakçı’s mathematical treatises in manuscript libraries in Turkey and one manuscript in the University Library of Cambridge but does not mention the BL copy (İhsanoğlu, 72-73), meaning that this manuscript will have escaped the attention of many researchers.  It is hoped that by drawing attention to the existence of these manuscripts through our blog that we can create connections between scholars abroad and here in the UK in order to facilitate research on our manuscript collections and to make our collections more accessible.

Posted by Ursula Sims-Williams at 7:42 PM