Mughal painting by Faizallah recently acquired by the British Library

In our recent exhibition and the accompanying publication Mughal India: Art, Culture and Empire, we featured paintings made in Delhi as well as at the Mughal province of Awadh during the 18th century. In March, we were able to add to our collection a splendid work by the artist Faizallah - a Mughal artist who relocated to Awadh - that dates to circa 1760. The artist's signature is discreetly written above the doorway on the left. 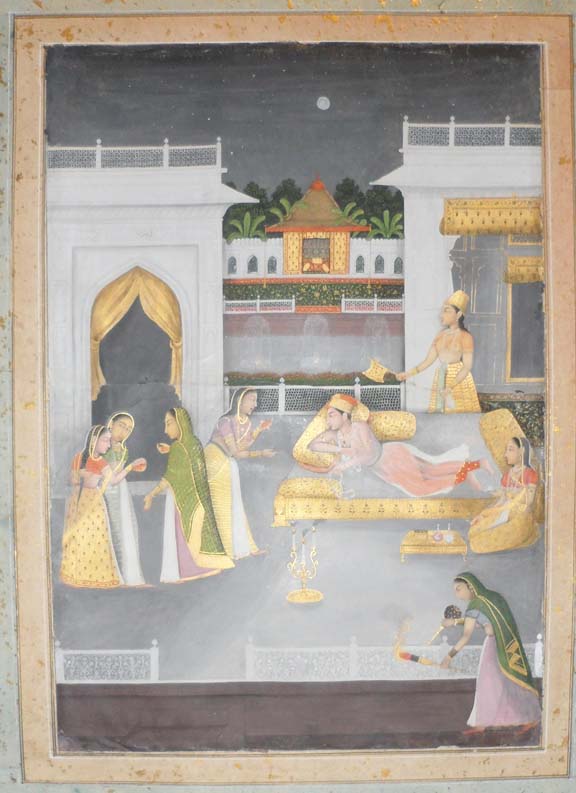 A reluctant maiden being led to an eagerly awaiting prince by Faizallah, c.1760
British Library, Add.Or.5724

From the mid-16th to the early 18th century, artistic workshops were established at the Mughal courts in the cities of Lahore, Delhi, Agra as well as Allahabad.  With imperial patronage waning during the 18th century and Nadir Shah's infamous sacking of Delhi in 1739, Mughal artists fled from the capital and appeared in places such as Awadh (cities of Lucknow and Faizabad), Bengal (Murshidabad and Patna) as well in the Punjab Hills. Unfortunately, there is very little written historical documentation on the movement of artists from Delhi to the provinces. Instead, art historians rely on the painterly styles and the provenance of paintings to ascertain both the location and date of production.

The artist of our painting, Faizallah, has a rather noteworthy biography. In the last few years, John Seyller (an art historian and professor at the University of Vermont) has been able to trace of the geneaology of Faizallah. Through inscriptions found on several paintings, we now know that Faizallah (our artist) is the son of Faqirallah Khan and the grandson of Muhammad Afzal. Both his father and grandfather were important Mughal artists who flourished in Delhi. His father, Faqirallah Khan later migrated with Faizallah to the province of Awadh by the 1760s. The British Library's collection now includes signed paintings by all three generations of this family. 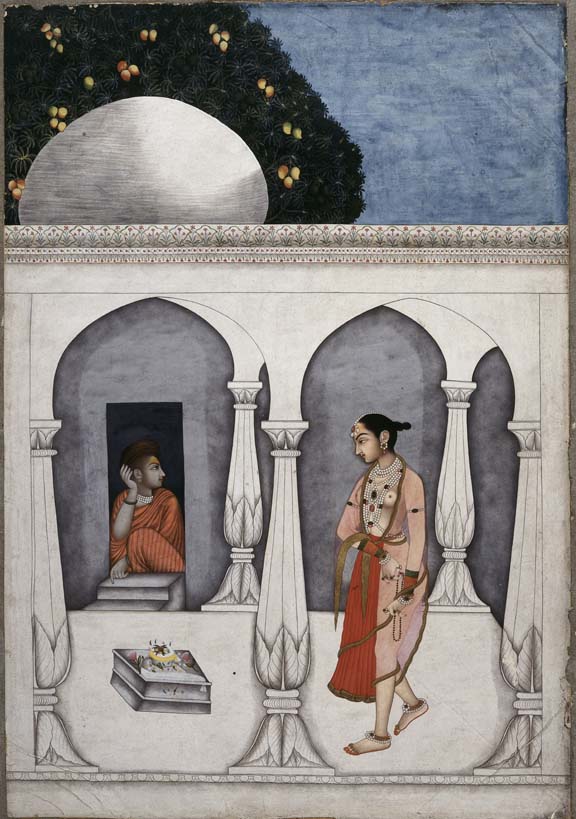 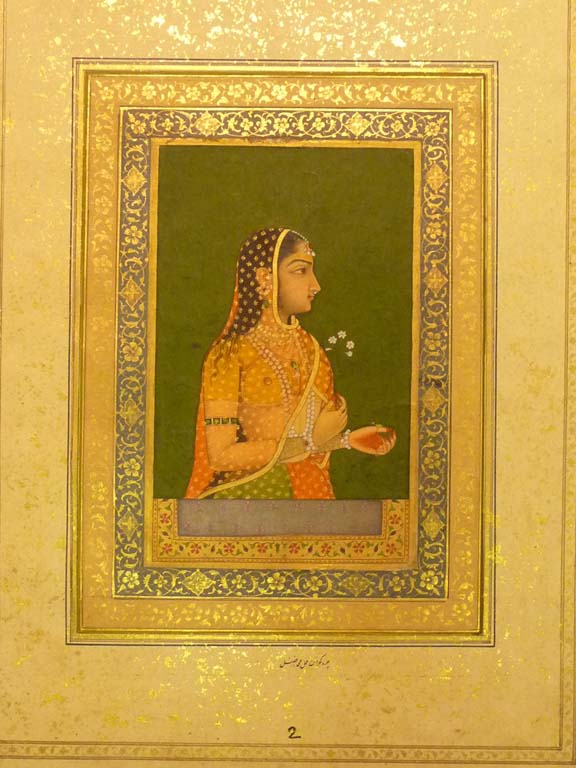 Portrait of a lady at the jharoka
Ascribed to Muhammad Afzal, c. 1740
British Library, Johnson Album 11,2

Faizallah has received little scholarly attention, as compared to his contemporaries Mir Kalan Khan and Mihr Chand, who also relocated from Delhi to Awadh. This lovely painting demonstrates Faizallah's training in the imperial Mughal style, inherited from his father, before shifting to a rather nuanced and elaborate Lucknow style. As a rising star in the Awadhi art scene, Faizallah would radically transform simple terrace scenes into confections of multilayered 'idealized palaces surrounded by formal gardens that would recede to the horizon' (Welch 1985, 281). For an example of Faizallah's later work, see his study of a palace complex in the David Collection, Copenhagen.