During the early stage of the Vietnam War in the 1960’s, the Democratic Republic of Vietnam (North Vietnam) had two urgent tasks.  The first was to produce enough food to supply their armed forces as well as the population as a whole, in order to ease the early days of the transformation of North Vietnam into a communist state.  The second task was to prepare the country for war, especially after the United States of America became involved.  To achieve these two goals, the regime in Hanoi tried various means of communicating with the people in order to maximise their capability to contribute to the successes of the country.  It was stressed that it was not only men who could contribute to this noble task, but all sectors of society, including women, youths and the various ethnic groups.

Under the strict socialist regime, different forms of regulated and controlled media, including newspapers and magazines, were used to help the government to meet this objective. Both content and illustrations in the media always emphasized the successes of the war and of food production, to boost the morale of the public during a difficult period. At the same time, they never failed to ridicule their enemies, whether the American or South Vietnamese administrations.

The British Library holds a small but rich collection of provincial and local newspapers from North Vietnam, published by local branches of the Vietnamese Workers’ Party from 1964 to 1965.  Illustrations from newspapers and journals in this collection demonstrate how the communist regime in the North used printed media in light-handed way to encourage the population to assist the state in achieving these two goals, in the form of cartoons and drawings.  Some of these are shown below; the English translations of the Vietnamese captions are my own. 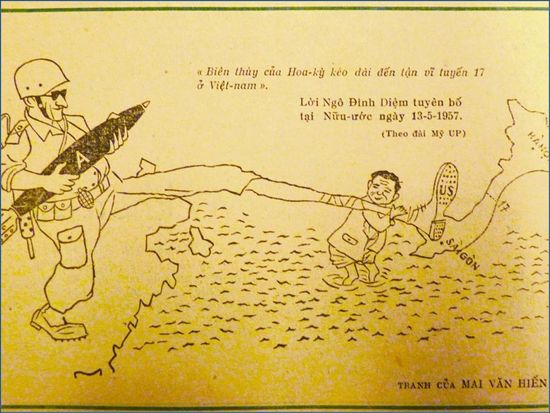 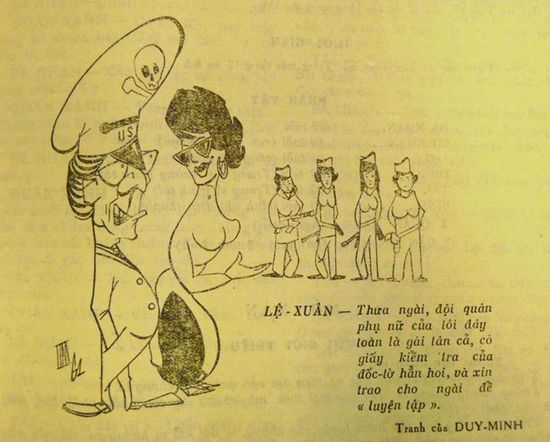 Madam Ngô Ðình Nhu presents her female army: ‘Your Excellency, my female soldiers are all virgins. They all have a doctor’s certificate to prove it, and are ready to be handed over to Your Excellency for “practice”’.  Văn Nghệ Quân Ðội, no.12, December 1962, page 27.  British Library, 16684.a.3. 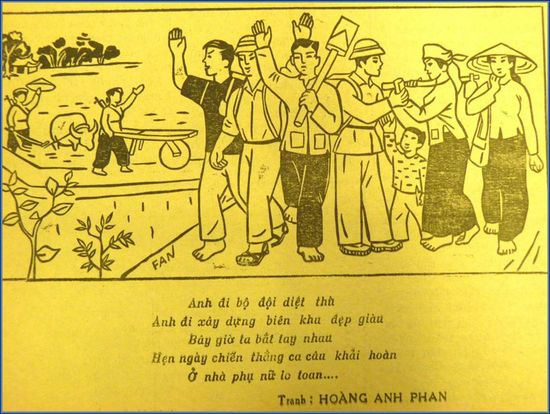 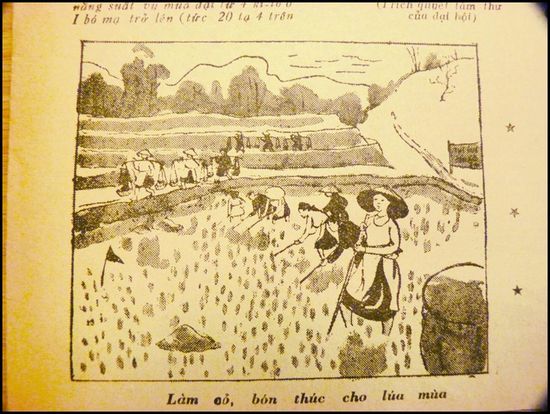 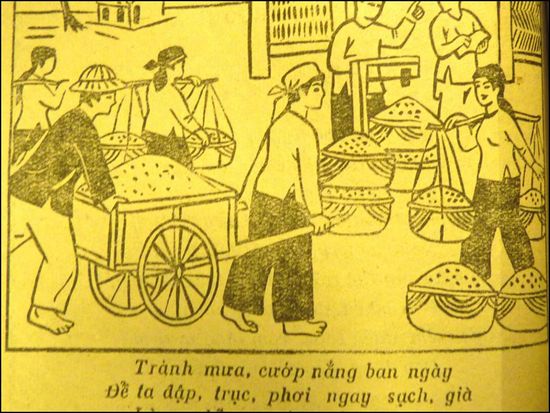 ‘Protected from the rain and kept out of the heat during the day / To allow us to thresh and dry out crops / To fulfil our responsibility to the country / ‘Fighting America’ to save the country – we have contributed.’ Hải Dương Mới, no.318, 26 May 1965, page 4.  British Library, SU224/18. 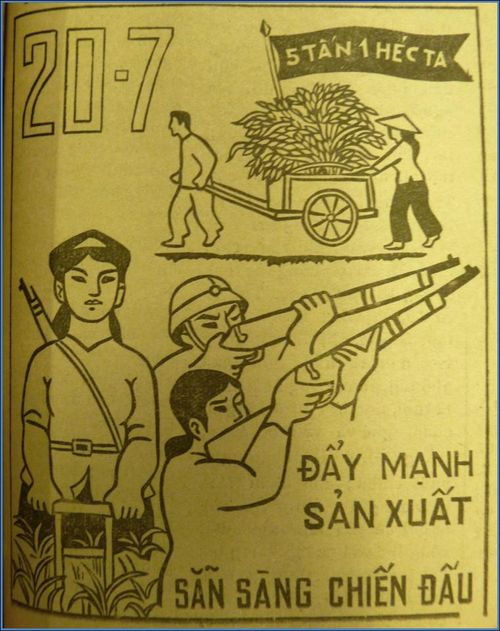 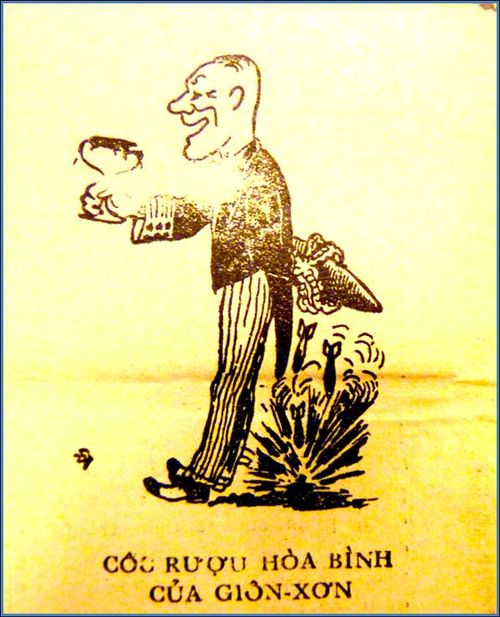 Sud Chonchirdsin, ‘Cartoons and propaganda from North Vietnam during the early stage of the Vietnam War’, SEALG newsletter, no.44 December 2012, pp.6-21

Posted by Annabel Gallop at 2:00 PM