The Vietnam War had a substantial impact on those involved, with the loss of hundreds of thousands of lives. During the 1960s and 1970s, artists from both sides of the conflict, Vietnamese and American, created paintings to capture the human side of the war. 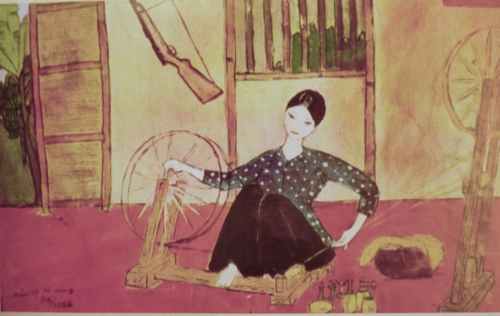 In June the Army Vietnam Combat Artists programme was established as part of the United States Army Art programme. From August 1966 through to 1970, the U.S. Army sent teams of artists into Vietnam to record their experiences as soldier artists.

In Vietnam, art was also utilised as a propaganda tool to enlist mass support for the war. In the North the Hanoi College of Fine Arts, which was founded by the French in 1925 during the period of colonial rule, played a vital role in training artists during the Vietnam War, while in the South, from 1961 unofficial art classes began in the Resistance or “liberated” areas controlled by the National Liberation Front (NLF) or the Việt Cộng in the Mekong Delta.  From June 1962 patriotic artists from the North volunteered to go to the South to train fellow artists in the liberated zones. From 1964, official art classes started at NLF headquarters (Buchanan 2008: 2, [19]). 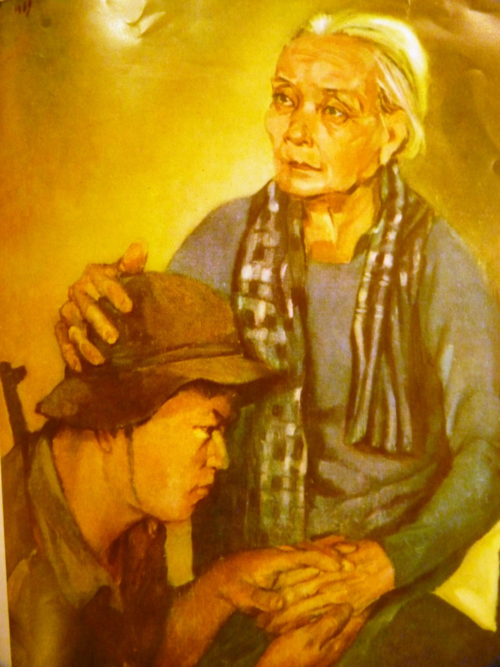 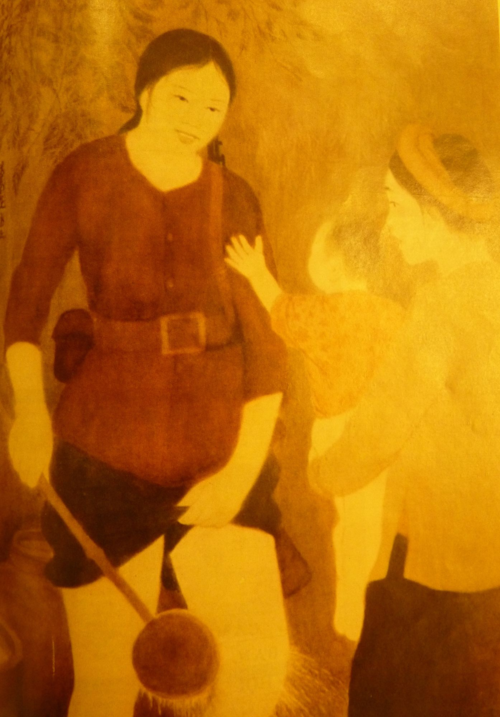 Despite hardships and difficulties during the war, the Vietnam War artists from both the North and the South risked their lives to capture many different aspects and events of the War in various media including paintings, drawings, and sketches. Nguyễn Toan Thi, a guerrilla artist in the South, who after the War became the Director of Hô Chí Minh City Fine Arts Museum, recounts his experiences as follows:  “Art classes were held outside in the forest until our schools were bombed: classes were then held underground. Art teachers and students shared the same trenches. We fought and sketched together, to record spontaneous and realistic images of the battlefield and our life in the forest. Our headquarters were not like a mini-Pentagon. The administration, soldiers and artists lived in nylon and canvas tents under the forest trees … We moved camp every two or three days… As a guerrilla artist, I was fully engaged in the fighting. Unlike artists who were civilians…”  (Nguyễn Toan Thi, “Memories of a Guerrilla Artist”, in Buchanan 2008: [29-30]) 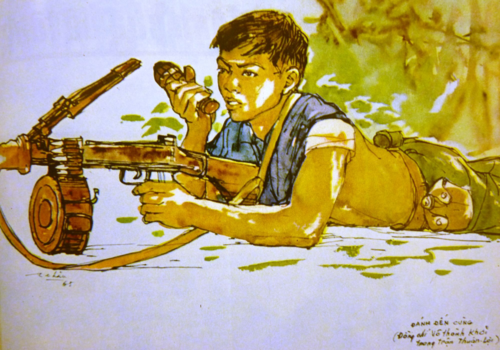 In 1966 the Fine Arts Museum opened in Hanoi and occasionally displayed works from the Vietnam War artists.  In addition to these art exhibitions, the Hanoi regime also published art works in their various official publications.

Although the British Library does not hold original examples of this art work, it has a number of official publications in its Vietnamese collections, which published artworks from the Vietnam War during the 1960s and 1970s. All the pictures shown here were reproduced in Báo Ảnh Việt Nam [SU216(2)], a serial which started publication before the War, and still operates today. 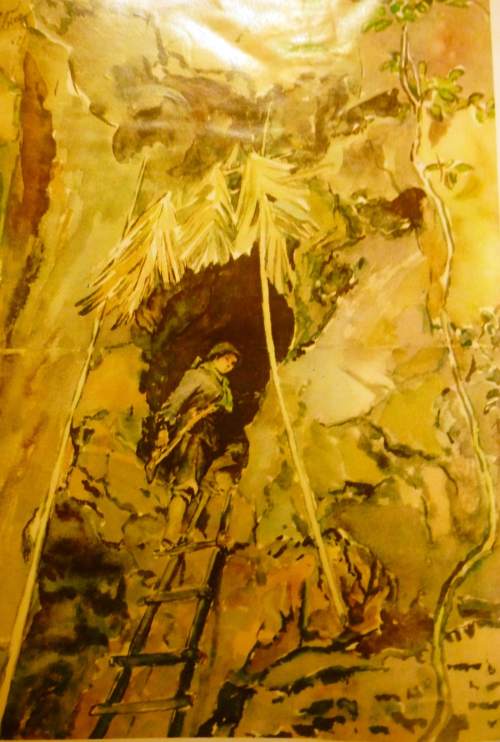 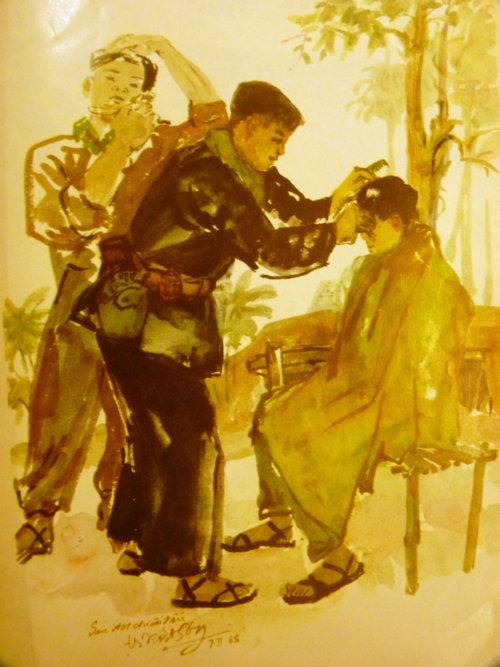 Two websites on American art and propaganda from the Vietnam War:
http://vietnamwar.cloudworth.com/art-and-propaganda.php
http://reactingtovietnam.wikispaces.com./American+art+of+the+Vietnam+Era

Posted by Annabel Gallop at 2:19 AM