A Malay ballad from Kedah: the naval battle for Phuket

Some famous Malay texts have survived in numerous copies – over thirty manuscripts of the Sejarah Melayu are known, including two in the British Library – yet others are only represented by a single manuscript.  One such work is the Kedah poem Syair Sultan Maulana, ‘The Ballad of our Venerable Sultan’, known solely from Add. 12394 in the British Library, which has just been digitised and can be read here.  This epic in verse, set during the reign of Sultan Ahmad Tajuddin Halim Syah of Kedah (r.1804-1843), records the heroic part played by a Kedah fleet in helping the Siamese expel the Burmese from the island of Phuket (known in Malay as Pulau Salang) in early 1810. 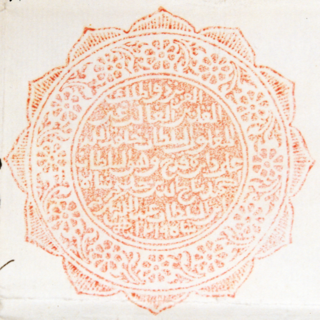 The seal of Sultan Ahmad Tajuddin Halim Syah of Kedah.  The Arabic inscription reads: al-‘azīz dhū al-mulk al-qadīr al-ghālib ghayr al-maghlūb al-sultān khalīfat Allāh ‘alā dā’īrah Kedah wa-huwa al-Sultan Ahmad Tajuddin Halim Syah ibn al-Sultan Abdullah Mukarram Syah sanat 1219, ‘The mighty one, possessor of the kingdom, the powerful one, the conquering [yet] unconquered one, the sultan [who is the] vicegerent of God over the territory of Kedah, and he is Sultan Ahmad Tajuddin Halim Syah, son of Sultan Abdullah Mukarram Syah, the year 1219 (1804/5)’.  The seal is stamped on a letter from the Sultan to the Governor-General of Bengal, [Lord Minto], 26 Rabiulakhir 1226 (20 May 1811), pleading for protection against the Siamese.  British Library, MSS Eur.D.742/1, f.3.

Like many Malay literary and historical works, the Syair Sultan Maulana is anonymous, but the author’s vantage point at the centre of action led the scholar Cyril Skinner to conclude that the poem was probably written by the secretary to the Kedah Admiral, the Laksamana.  According to a note on the front cover, the manuscript was given by its author to John McInnes, who served as the government Malay translator in Penang from 1812.  In 1825 it was in the possession of John Crawfurd, Resident of Singapore, and as part of the Crawfurd collection was acquired by the British Museum in 1842.  The historical value of this work has long been recognized: the text was the subject of a Ph.D. thesis by Muhammad Yusoff Hashim (1980), and it was also published in transliteration and elegant English translation by Skinner (1985), from which the quotations below are taken.

The sultanate of Kedah is renowned as the oldest Malay kingdom in present-day Malaysia, its ruling line dating back to the 12th century.  For much of its existence, Kedah has been subservient to Siam, its powerful neighbour to the north.  When Burmese forces occupied Phuket in October 1809 Kedah was forced to support the Siamese war effort, and it is this five-month naval battle that is the subject of the syair.

The opening lines of the Syair Sultan Maulana, written in the Malay syair verse form of four-line stanzas, with each line ending with the same rhyme.
‘Listen, Sirs, to this composition / the story of His Majesty the Sultan of Kedah
many were his subjects, fair his realm / and prosperous were those who dwelt in it.
His Majesty was venerated as Sultan Maulana / his official title being Ahmad Tajuddin
the son of the noble Sultan Abdullah / of a dynasty born to occupy the golden throne’
Dengarkan tuan suatu madah / kisah baginda Sultan di Kedah
negerinya ramai terlalu indah / isi negeri semuanya mudah.
Ismu baginda Sultan Maulana / Ahmad Tajuddin gelar rencana
ibnu Sultan Abdullah yang ghana / bangsa di atas tahta kencana
British Library, Add. 12394, f.1v.

The syair is a valuable source of information on Malay naval warfare in the early 19th century, with details of vessels and crews, armaments, and battle formations and tactics.  The departure of the fleet from Kedah must have been a glittering sight, each ship flying the pennant of its commander:
‘The Temenggung had been made operational commander / his cannon was called Raging Tiger / his pennant was bright red in colour / a truly daunting sight’
Jabatan Temenggung panglima perang / lotang bernama Harimau Garang
tetunggulnya merah cahaya berdarang / memberi gentar dipandang orang
But perhaps one of the main delights of this syair lies in the author’s pithy, no-punches-pulled, portrayal of individual Kedah warriors, his aim in writing made clear in the closing stanzas:
‘I merely wished His Majesty to know / how his subjects acted –
who did their duty and who was remiss - / all their deeds are clearly related here’
Sekadar maklum duli makota / perintah hamba sahaya semata
masing kerja baik dan leta / barang perintah di sinilah nyata
Among the proven heroes were Wan Akil son of Wan Alang (patutlah jadi menteri hulubalang), the loyal and true Raja Mahkota (lagi sangat teguh setiawan) and the brave Wan Hanafi (muda terpilih), while those publicly shamed in the syair included the weak-willed Tengku Alang Naga (bersifat udang), who used the excuse of being thirsty (katanya dahaga) to slope off; Lebai Lang Didik, who put on a great show – once he was sure the coast was clear (mereka berperang sangatlah cerdik / tampil pun hingga habis disidik); and Captain (Nakhoda) Dul, whose actions did not match his fine words (jika bercakap terlalu behena / sampai berperang tiada berguna).

The whole range of human sensibilities is depicted, with shades of grey as well as black and white.  Raja Setia Jaya, the chief (penghulu) of Kerian, may not have led from the front but neither did he lag behind (tiada dahulu tiada kemudian). The pious Tengku Idris (sikap pahlawan ulama pun dia) viewed the battle between co-religionists Burma and Siam as one in which Kedah should not play a part (katanya agama mereka sebangsa / menyertai dia kita berdosa), even for the sake of Kedah’s security (sebab negeri hendak dipelihara), and after long debates with the Laksamana he eventually sailed back alone. At the end of the successful campaign the Laksamana is rewarded by the Sultan with the position of Bendahara, and the syair ends asking for God’s blessings. 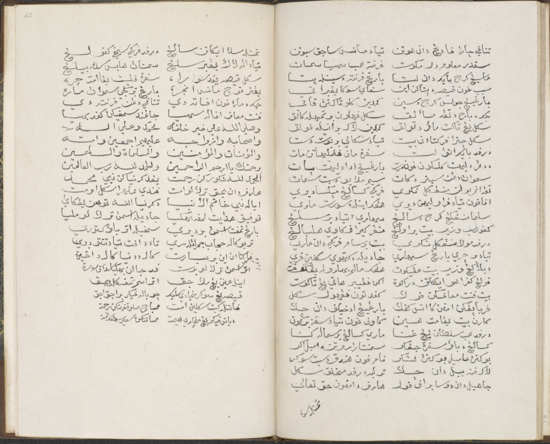 On a recent visit to Kedah to receive the award of Darjah Setia Diraja Kedah from the Regent of Kedah, I felt very honoured to meet the Regency Council comprising the four great ministers of state of Kedah – the present-day Bendahara, Temenggung, Laksamana and Panglima Besar – all descended from the 'Sultan Maulana' of the syair.

Posted by Annabel Gallop at 3:00 AM