The Great Palace at Madurai

The city of Madurai in Tamil Nadu is the home of the Minakshi Sundareshvara Temple, one of the largest and most famous temple complexes in the south of India. Far less is known about the Great Palace at Madurai, constructed by Tirumalai Nayak in the 1620s, which covered an area the same size as the temple complex. In the early 18th Century, following the demise of the Nayak Dynasty, the palace fell into disrepair. Today, only two buildings from the original palace are still standing, and are protected by the Archaeological Survey of India. 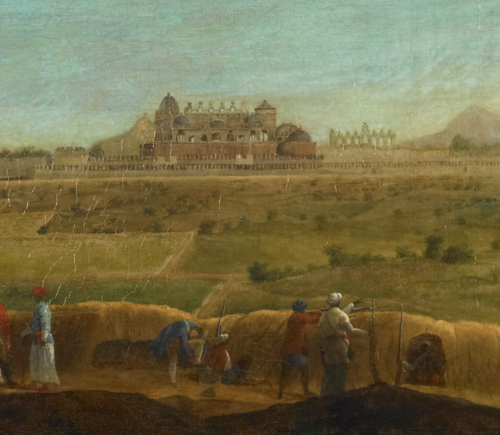 Detail from an oil painting by Francis Swain Ward showing the west side of the palace from outside the city walls, 1764 (British Library F31)

In the British Library’s collections, there are numerous visual sources showing how the Palace at Madurai looked in the 18th Century. With the help of these images, one can reconstruct areas of the palace that are now missing. 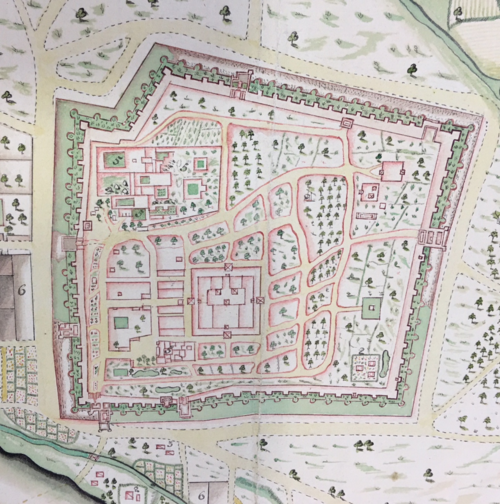 Detail from a map of Madurai by William Jenings, 1755. The palace buildings, labelled “5”, are in the top left corner. (British Library Maps.K.Top.115.87)

The history of courtly architecture in South India has understandably been overshadowed by interest in temples. It is far easier to research a vibrant living tradition than it is to study the fragmented remains of a palace. Fortunately, pictures and archival records such as those in the British Library can help form a clearer picture of Madurai’s palace, and its powerful relationship with the Minakshi Sundareshvara Temple. 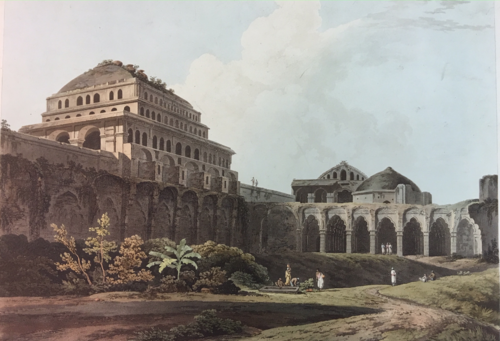 Aquatint by Thomas and William Daniell of a missing courtyard, 1792. (British Library P948) 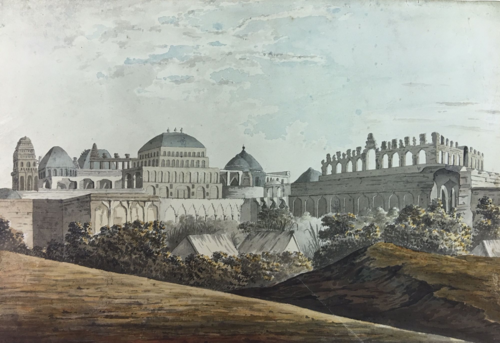 The Nayak Palace at Madurai is an architectural conduit towards our understanding of South Indian courtly architecture. It was constructed when the Vijayanagar Empire was falling into decline in the early 17th Century, and it was in use when a number of small adjacent kingdoms, such as Pudukkottai and Ramnad, began building palaces of their own. Madurai’s palace therefore provides an important link within South India’s palace building traditions.

Posted by Ursula Sims-Williams at 7:27 PM