The British Library's latest major exhibition Georgians Revealed: Life, Style and the Making of Modern Britain opens in the PACCAR Gallery on 8 November 2013. Conservator Iwona Jurkiewicz worked on some of the items which will be on display and describes in this blog post the work that the conservation section put into preparing them for exhibition.

Did you know that there were department stores in Georgian times? The recent television dramas; Mr. Selfridge and The Paradise, set in department stores gave an average television viewer, myself included, a strong impression that department stores were Victorian inventions. Imagine my surprise when a number of prints on the subject taken from the Ackermann’s Repository of Arts arrived in the conservation studio early in September to be prepared for the ‘Georgians Revealed’ exhibition. Three of those in particular show wonderfully clad shoppers browsing in the glassware, furniture and clothing stores. 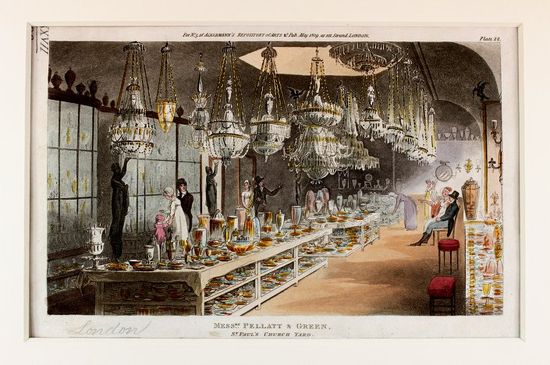 Messrs Pellatt and Green, Glassware from Ackermann’s Repository of Arts 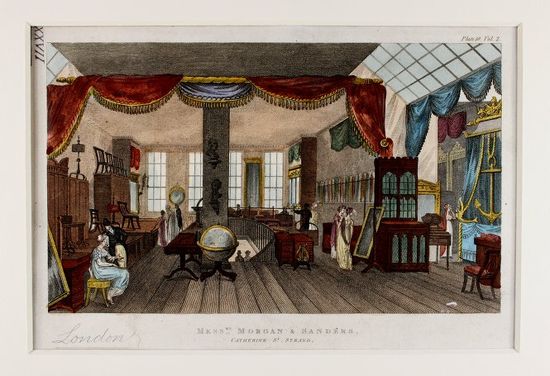 Messrs Morgan and Sanders, Furniture from Ackermann’s Repository of Arts 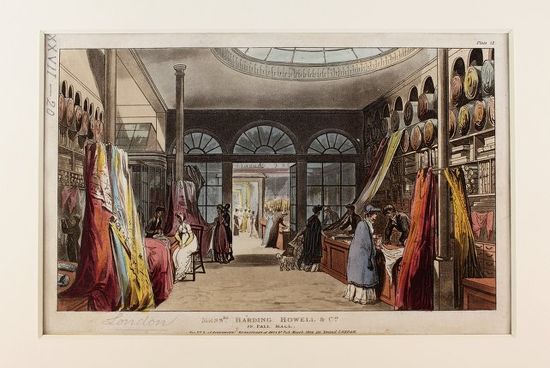 Most of the prints and other ephemera in the studio were in good condition and did not need any conservation treatment beyond mounting and/or framing, but there were some that required more attention.

Two letters sent by John McIntyre dated 1776, and 1777 respectively were identified as more in need of conservation. The first letter dated 1776, referring to the cart load of china ready to be sent, had considerable damage and was incomplete while the second one with the heading “List of Necessities sent home in 1777”, on first inspection, seemed to be damaged mainly along the edges and corners. Both letters had tears and folds covered in self-adhesive tape, sometimes on both sides, which on removal revealed long tears or fragmentation of folded sections. 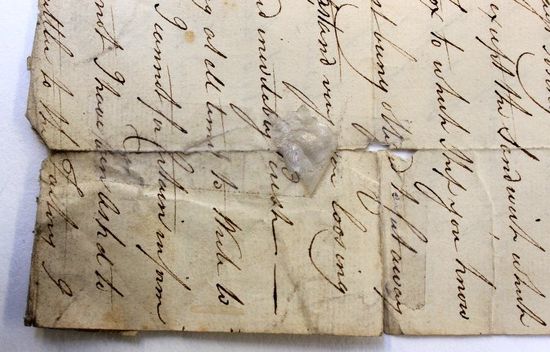 Correspondence of John McIntyre before conservation, showing tears and folds ‘mended’ with the self-adhesive tape 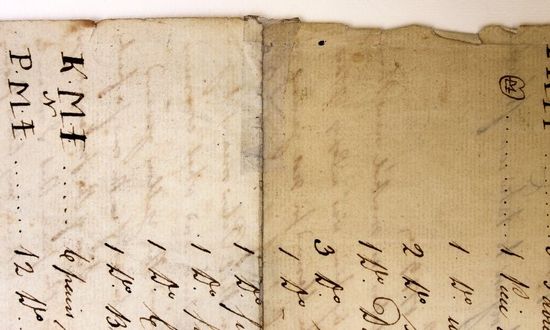 Correspondence of John McIntyre before conservation, showing self adhesive tape on vulnerable areas

In the process of conservation the tape was removed. Luckily, the adhesive from the tape had not yet leached into the fibers and the degradation was not extensive. After the removal, all tears and folds were repaired using thin strips of Japanese paper, and the missing area at the bottom of the first letter (dated 1776) was in-filled. 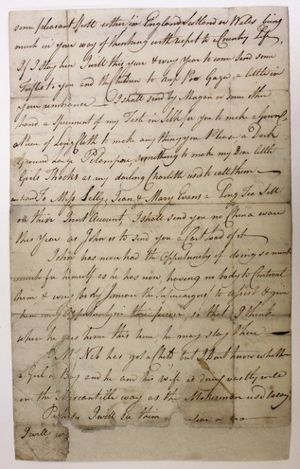 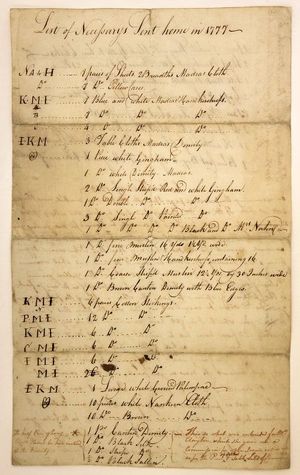 Over 250 items from the British Library collection, as well as loaned artworks and artifacts will feature in the exhibition promising to explore the lives of the Georgians. Judging by the quality and variety of items we have had in the studio, it is an exhibition not to be missed!

Posted by Christina Duffy at 2:32 PM