I’ve got tone, halftone: under the microscope with a printing block

As an Imaging Scientist it is very difficult to look at ordinary objects without wondering what they would look like under a microscope. This was just the case when shown a beautiful printing block with a portrait of Steve Fairbairn, founder of the Head of the River Race, etched on the front. Printing blocks like these were used alongside similar-sized blocks containing type in a printing press to commercially produce images and text for publications. But how does it work? 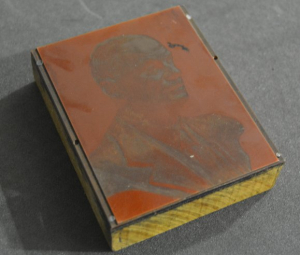 The Fairbairn printing block, belonging to Pauline Churcher of Thames Rowing Club, consists of type metal (lead, tin and some antimony) with a copper electrolytic layer attached with steel screws to a 21 mm thick wooden block 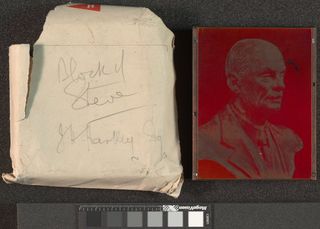 The Fairbairn printing block, belonging to Pauline Churcher of Thames Rowing Club, consists of type metal (lead, tin and some antimony) with a copper electrolytic layer attached with steel screws to a 21 mm thick wooden block

The traditional printing method of letterpress is capable of printing solid colour from printing plates. In order to convey an image with varying shades and tones using a single colour, a reprographic technique called halftone is used. Halftone simulates continuous tone through the use of dots of various sizes, shape and spacing. The image is broken up into many small solid areas for printing. This gives the illusion of a continuous tone – but if we look up-close, we can see that the image is just an intricate pattern of dots. 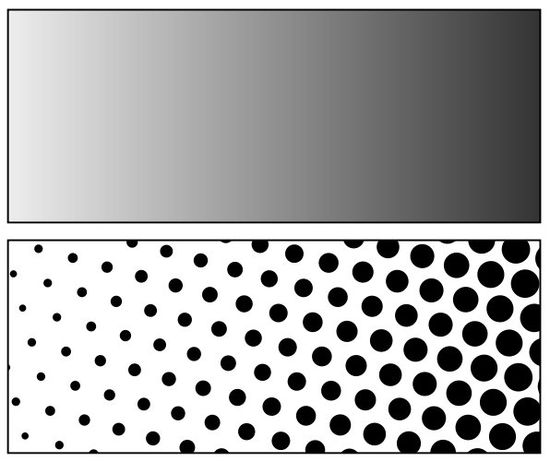 Halftoning and halftoning close up: A series of dots of various sizes creates an optical illusion of continuous tone when viewed from a distance

This pattern is created using a printing block with tiny holes etched into a metal plate where ink can sit and be transferred onto paper. Below we see what the Fairbairn printing block looks like at 20x, 50x and 200x magnification. 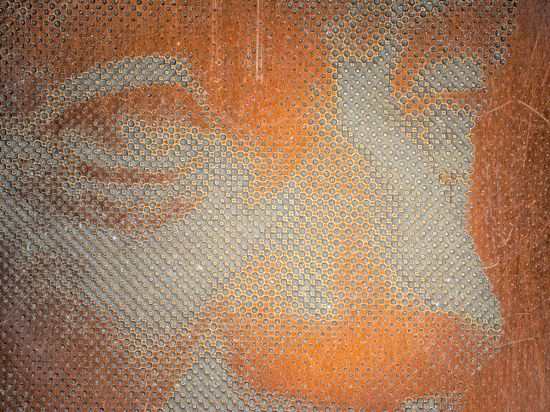 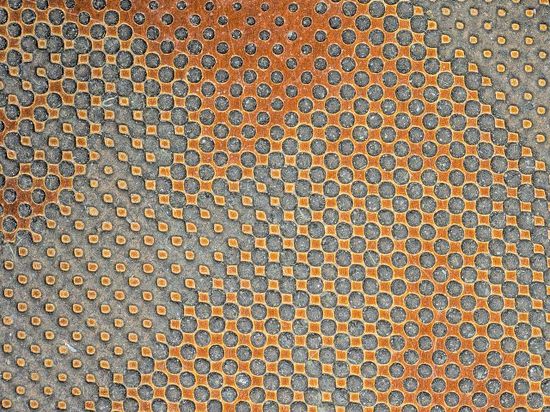 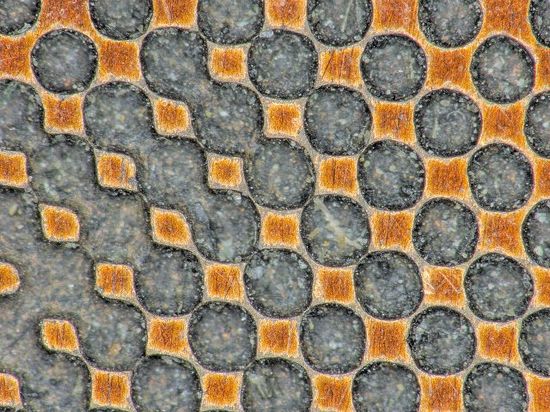 Before the inception of halftone printing, images were printed in books and periodicals using hand engraved metal plates or wood blocks. Wood engraving involves working an image or group of images into a block of wood for use as a printmaking and letterpress technique. Ink is applied to the face of the block and paper is pressed against it.

In ordinary engraving such as etching, a metal plate is used and is printed by the intaglio method where the ink fills the removed areas. When the excess ink is wiped away a sheet of paper is placed on top of the plate, and a blanket covers both to ensure even pressure when pressing. The paper is pushed onto the ink creating an image.

The idea of halftone printing is attributed to William Fox Talbot in the late 1850’s. There were many different methods to produce the halftoning effect, and the earliest trials involved directly etching the images formed on Daguerreotype metal plates. However, the time and skill required to perform such an etching, the inability to print images next to type, and the quick to wear out fragile plates, meant that the process was impractical for commercial publishing. The turning point came in 1881 when Frederic Ives patented a commercial halftone method in the United States. 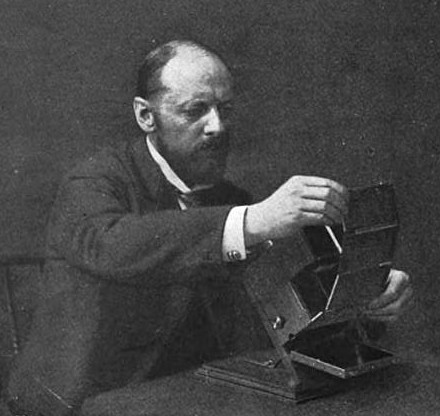 Frederic Eugene Ives inserting a Kromogram into his Kromskop, circa 1899

Ives wanted to find a process to convert photographs into small black or white lines or dots, and to use a printing block which could be used alongside text blocks in an ordinary printing press. The lines and dots could vary in size, but had to be small enough that from a normal viewing distance they blended together giving the illusion of shades.

The “Ives’ process” was gradually refined and photographs were rephotographed directly onto a metal plate coated with photoresist (a light sensitive material). The popularity of the process spread quickly and by the 1890’s it was used widely replacing earlier hand-engraved wood block and steel plate illustrations. This was the standard process for photographically illustrating books for the next eighty years. 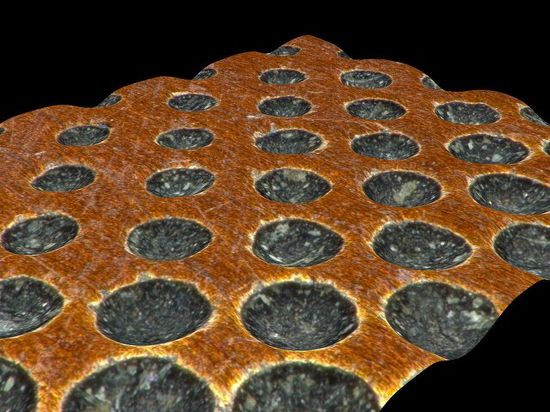 A 3D rendering and colour scale display of the Fairbairn printing block shows that the depth of the stippling is about 86 microns. 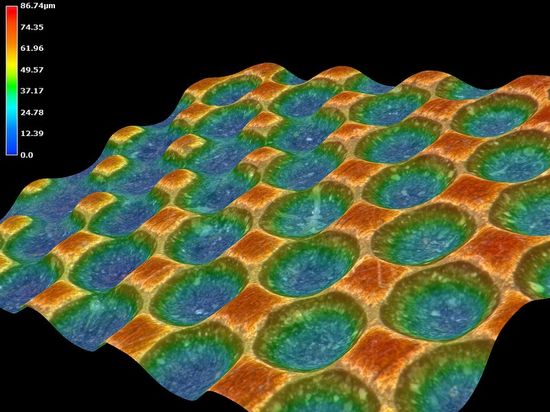 3D visualiation of the halftone printing block. The dots are typically 86 microns in depth 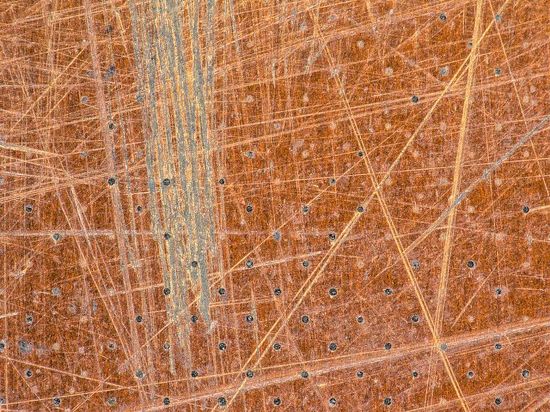 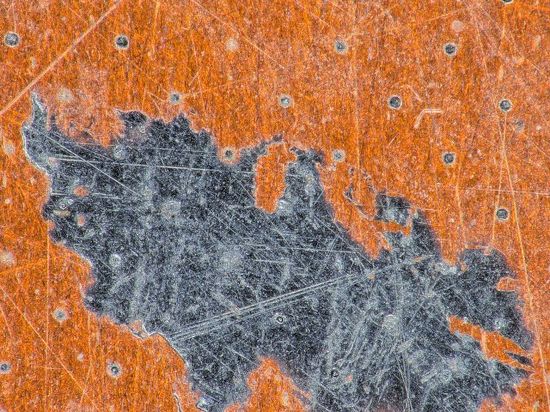 Image of losses of electrolytic layer at 200x magnification

The printing block is backed with a paper sheet and ink stains pervade both the backing sheet and the wood block giving a wonderful insight into the history of the item. We often forget that collectibles which today gather dust were heavily used at some point in their lives. 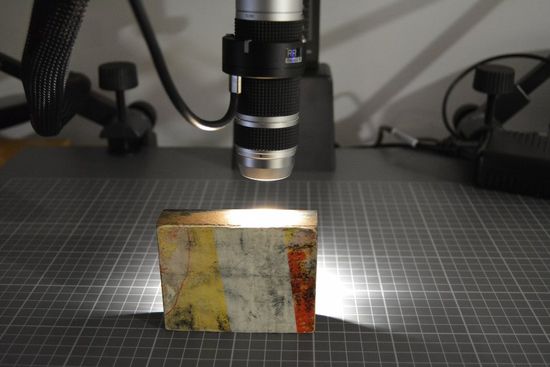 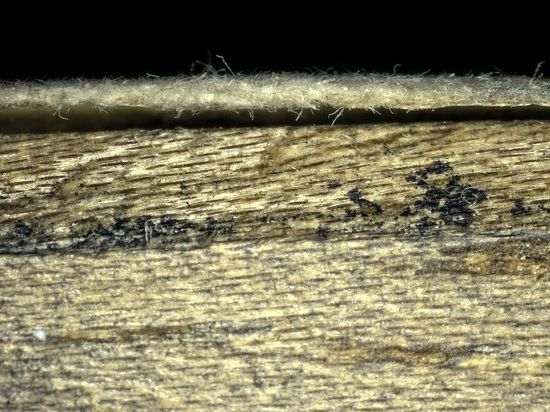 Image taken of the profile of the block at 50x magnification

Halftones are considered to be what is known as a photomechanical or process print. Other photomechanical prints include line blocks, photogravures, photolithographs and collotypes. Digital halftoning replaced photographic halftoning in the 1970’s and the theory forms the basis for how the CMYK colour space works using dots of cyan, magenta, yellow and black. You can read more about CMYK in a previous @BL_CollCare post: What the CMYK? Colour spaces and printing.

The printing block in this article depicts Steve Fairbairn (1862-1938) and was kindly loaned by Pauline Churcher of Thames Rowing Club. The Head of the River Race is a 6.8 km processional rowing race held on the Thames each year from Chiswick to Putney with the tide. It was founded in 1926 by Steve Fairbairn who dedicated his life to the sport by both competing and coaching to high levels. The race began with 23 entries and today boats well over 400 crews. The coveted prize is a bronze cast bust of Steve Fairbairn - which is the image observed in the printing block.

Posted by Christina Duffy at 2:06 PM