When items from the Library’s collection (and from other institutions) are exhibited to the public, it is important to ensure that none of the other materials used as part of the display (fabrics, foams, plastics etc.) will cause problems, for example by becoming acidic or releasing reactive gases as they age. As a result we work closely with the British Library’s Exhibitions Department to test the stability and compatibility of any new materials that are under consideration for use.

The ‘Oddy Test’ is an accelerated corrosion test developed by conservation scientist Andrew Oddy at the British Museum in 1973. It is used to predict potential off-gassing from new materials to determine whether they are safe to use with collection items in an enclosed space. The suitability and compatibility of a material coming into close contact with a collection item is predicted by measuring (semi-quantitatively) the extent to which a new material will release harmful volatiles over a long period. If enclosed in a small space, volatile components such as organic acids, solvents, oxidants and sulphur compounds may reach dangerous levels of concentration capable of damaging objects through corrosion of metals or degradation of organic matter. 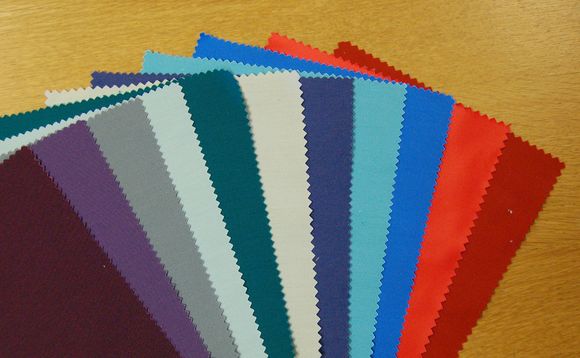 Enclosed spaces could include showcases for exhibition, storage crates, contained shelving or individual item storage boxes. It is important to test all of the materials that the collection item will be exposed to in order to ensure the item is not at risk of damage. For example in the case of a new storage box for loan transport we would test a small sample (approximately 1g) of the board, fabric, adhesives and foam which make up the box.

The original Oddy Test has since been developed into the 'three-in-one' method, but the theory is the same. In the original setup samples of the material in question are placed into three separate test tubes. Approximately 1 ml of de-ionised water is placed in a vial inside each of the test tubes to maintain a high relative humidity. In the first test tube a clean metal token of copper (Cu) is suspended over the sample on polyester thread, in the second a token of silver (Ag), and in the third a token of lead (Pb). 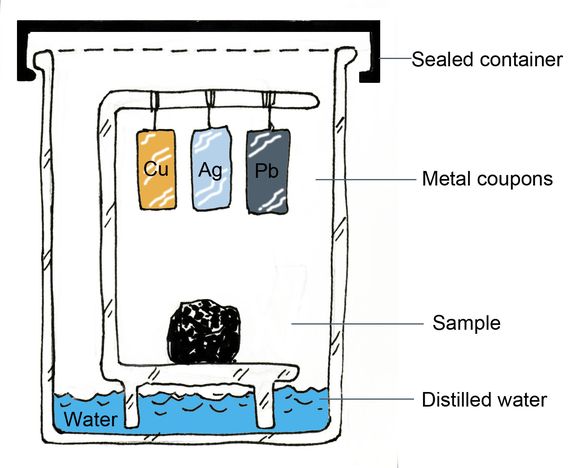 The test is evaluating the extent to which a new material corrodes these metals, and any alloys containing them. Copper, silver and lead are used because they react to a different set of gaseous pollutants, but results are applicable to all material types. Copper detects chloride, oxide and sulphur compounds, silver detects reduced sulphur compounds and carbonyl sulphides and lead detects organic acids, aldehyde, and acidic gases. Three identical test tubes with metal tokens and de-ionised water are setup as a control.

The containers are sealed up with glass stoppers and secured in place with heat-shrink tubing. To mimic the aging conditions they are placed into a heated oven held at 60 °C. This replicates a ‘natural’ ageing process of approximately 5-6 years. When 28 days have passed the containers are removed from the oven and the tokens are examined. The presence of volatiles is indicated by any corrosion or tarnishing of the tokens. The extent of corrosion gives a rough indication of the level of off-gassing. If the tokens show no signs of corrosion then the material is deemed suitable for use with collection items. 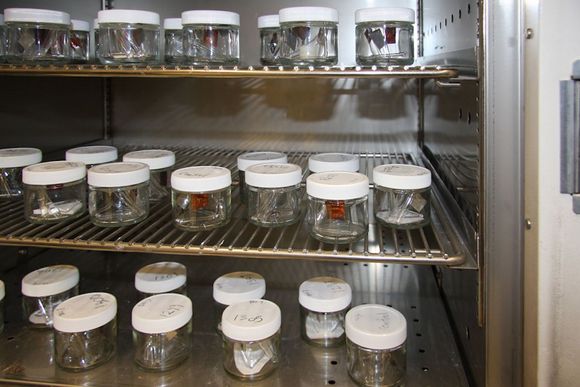 Oddy tests in the oven

Further Oddy Test developments have seen the 'three-in-one' test where all three metal tokens are placed in the same container over the sample, making sure they are not touching each other or the sample. The interpretation of the results is somewhat subjective given that visual cues such as changes in lustre, colour or texture are used to classify the suitability of the test material for use.

Stability of the materials can be further tested with the use of Image Permanence Institute ‘A/D’ strips. These strips measure the short-term release of volatile organic acids. Oddy testing is just one of several tests that a material must pass before it is accepted for use near a collection item. For example infrared spectroscopy allows us to determine the chemical composition of the sample, enabling us to predict its likely behaviour. Surface pH measurements give an indication of the way in which the acidity of the bulk sample changes over time.

By working with conservators and the Exhibitions Department in this way, we help to ensure that the Library’s collection can not only be displayed in the best possible manner, but that it is also preserved for future generations.

Posted by Christina Duffy at 3:59 PM