Last week she plucked out a lion. In portrait the beast looked solemn, pensive; yet constructed with a careful craftsmanship that burst from the page, from the screen. The caption -‘The lion with the buful voice’ - confused. “Buful”? Is this London E20? And “voice”, wherefrom? whereto? Do not lions roar rather than sing in “buful” tones? 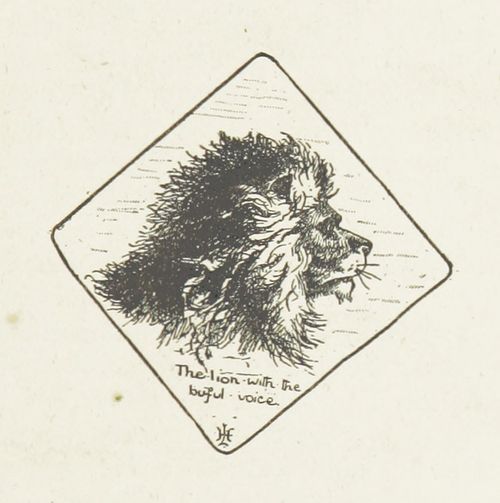 Image from ‘The Little Lady of Lavender. [A tale.] … Illustrated, etc’

Such is the whim of our newest colleague, The Mechanical Curator. She plucks from obscurity, places all before you, and leaves you to work out the rest. Or not. For sometimes laughter is the only valid response: why illuminate the letter ‘O’ with a grumpy looking child; a grumpy illumination, an oxymoron? Well no, screams out the title of the host work from the metadata: ‘Face to Face with the Mexicans: the domestic life, educational, social, and business ways’. The Mechanical Curator has put us ‘face to face’ with a Mexican circa 1890, or an engraved portrait of a Mexican, or an American representations of a Mexican. And so as what at first seemed simple descends into complexity the Mechanical Curator achieves her peculiar aim: giving knowledge with one hand, carpet bombing the foundations of that knowledge with the other. 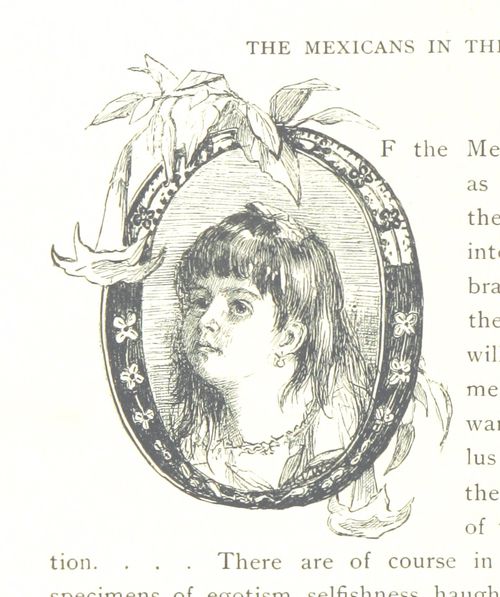 Image from ‘Face to Face with the Mexicans: the domestic life, educational, social, and business ways … of the Mexican People … With 200 illustrations. [With musical notes.]’

In a sense the pursuit of knowledge is not the point. Two or so weeks ago, this hourly stream of randomly selected small illustrations and ornamentations started life as a sea of faces. A facial recognition tool was set to scan the illustrations the ALTO XML said the corpus of some fifty-thousand books, some sixty-plus-thousand volumes, contained - we could, we thought, push them out in some way, reveal a collage of past faces. The tool returned many faces, or illustrations of faces to be precise, mostly female, rarely with hats, always looking forward with mouth, nose, forehead on the vertical. Something was up. Ben explained that the tool (a pesky blackbox) was trained on modern passport photos: faces looking forward, rarely smiling, never wearing hats, always on the vertical. This couldn’t hope to capture the faces of the long-eighteenth and long-nineteenth centuries; it was to be no Invisible Australians. The tool was then turned 90° both ways. The hit count expanded, but was beset by failure: contained in physical blemishes, details in walls, flourishes and ornamentation were Victorian smilies, disguised not on purpose but by accident: happy accidents maybe, but not data pertinent to past phenomena.

The answer, of course, was ‘we can’. And hence we have.

Over the next year The Mechanical Curator will keep picking and publishing. She is agnostic to notions of quality, of fashion, of art. And she will change, respond, improve. She may even be given a larger pot to pick from. She is, afterall, but a bantling. As she grows she will embody all the while the values of British Library Labs and the Digital Curator team: to use digital technologies to enable novel interaction with the digital collections we hold and to (where possible) publish into the public domain, or similar, those digital collections over which neither we nor anybody else have asserted copyright claims.

Without our Mechanical Curator we might never have known of the lion with the buful voice; his capacity to do something other than roar may have been left undiscovered. And from the warmth with which many of you have embraced her this, it seems, is something many of you value. So we hope you, like us, look forward to checking in over the coming months to pick through the curiosities that she plucks from obscurity.

For more details on the hows and whats, look out for an update from Ben in the coming days.