Stella Wisdom, Digital Curator in the Digital Research team announced the two winners of the second British Library Labs 2014 competition as part of her opening key note speech at the European Library Automation Group (ELAG) : Lingering Gold conference at the University of Bath on 11 June, 2014.

A judging panel made up of leaders in Digital Scholarship, some who sit on the British Library Labs advisory board (Claire Warwick and Melissa Terras at University College London, Andrew Prescott at Kings College London, Tim Hitchcock at University of Sussex, David De Roure at the University of Oxford and Bill Thompson from the BBC) and members of the British Library's Digital Scholarship team met at the end of May to decide upon two winners of this year's competition. After much deliberation, we can now proudly announce that the winners for the 2014 British Library Labs competition are the 'Victorian Meme Machine' and the 'Text to Image Linking Tool'.

What would it take to make a Victorian joke funny again?

While the great works of Victorian art and literature have been preserved and celebrated by successive generations, even the period’s most popular jokes have now been lost or forgotten. Fortunately, thousands of these endangered jests have been preserved within the British Library’s digital collections. This project aims to find these forgotten jokes and bring them back to life.

The ‘Victorian Meme Machine’ [VMM] will create an extensive database of Victorian jokes that will be available for use by other scholars. It will analyse jokes and semi-automatically pair them with an appropriate image (or series of images) drawn from the British Library’s digital collections and other participating archives. Users will be able to re-generate the pairings until they discover a good match (or a humorously bizarre one) – at this point, the new ‘meme’ will be saved to a public gallery and distributed via social media. The project will monitor which memes go viral and fine-tune the VMM in response to popular tastes.

Bob Nicholson is lecturer in history specialising in nineteenth-century Britain and America, focusing on journalism, popular culture, jokes, and transatlantic relations. Bob has been exploring representations of the United States, and the circulation of its popular culture in Victorian newspapers and periodicals. He is a keen proponent of the Digital Humanities and has written for The Guardian, had his research covered by The Times, and was shortlisted by the British Broadcasting Corporation (BBC) and Arts and Humanities Research Council (AHRC) in their first search for New Generation Thinkers (2011).

In order to make old printed books and manuscripts accessible to a Web audience, it is essential to display the page image / facsimile of the original document next to its transcription. This allows the user to comment on the text, and to read it clearly, but because original documents are often hard to read, or have different line-breaks than text on a computer screen, it is easy to get lost trying to match up words in the document with words in the transcription. To overcome this, the team are developing semi-automatic methods to generate links that highlight corresponding parts of the page image and the text. 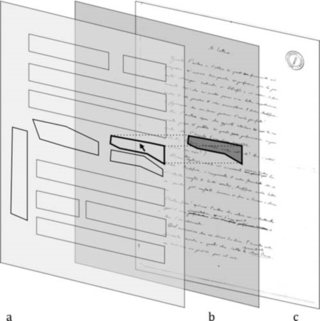 More information about TILT can be found here, http://dh2013.unl.edu/abstracts/ab-112.html

Anna Gerber is a software developer and technical project manager specialising in Digital Humanities projects at the University of Queensland’s ITEE (Information Technology and Electrical Engineering) eResearch group. Anna was the senior software engineer for the AustESE project, developing eResearch tools to support the collaborative authoring and management of electronic scholarly editions. She is a contributor to the W3C (World Wide Web) Community Group for Open Annotation and was a co-principal investigator on the Open Annotation Collaboration project.

Desmond Schmidt has degrees in classical Greek papyrology from the University of Cambridge, UK, and in Information Technology from the University of Queensland, Australia. He has worked in the software industry, in information security, on the Vienna Edition of Ludwig Wittgenstein, on Leximancer, a concept-mining tool, and on the AustESE (Australian Electronic Scholarly Editing) project. He is currently a Research Scientist at the Institute for Future Environments, Queensland University of Technology.

Finally, we would like to thank all of those that entered the competition this year and we hope to continue to run events and organise meetings where we can support researchers who would like to use the Library's digital content for their scholarly work.