The New Testament in Codex Sinaiticus

We recently received an enquiry, asking why the Acts of the Apostles was not to be found on the Codex Sinaiticus website. In fact, Acts is part of the Codex, but not in its conventional, modern position after the Gospels. Acts is instead located towards the end of the New Testament, sandwiched between Philemon and James.

Codex Sinaiticus is the oldest surviving complete New Testament, and one of the two oldest manuscripts of the whole Bible. Its story is recounted in a fascinating study by David Parker, available from the British Library's online shop. At the time that Codex Sinaiticus was made, around the middle of the 4th century, there was no agreement as to which books constituted the Bible, or the order in which they should be arranged. Indeed, before this date there had been no concept of the Bible as a single volume, containing all those texts familiar to modern readers. 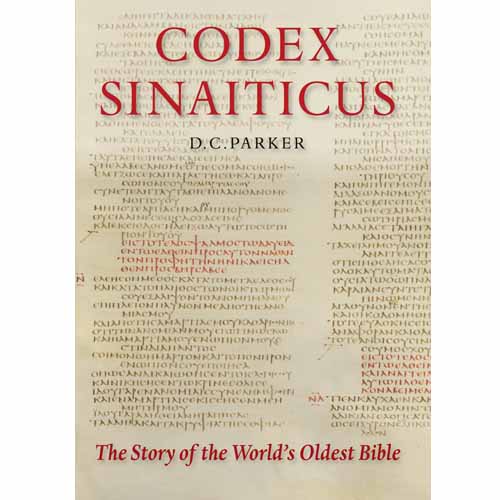 To create Codex Sinaiticus required the collaboration of arguably four scribes (designated by modern scholars A, B1, B2 and D), working from approximately thirty exemplars. In order to expedite the process, the scribes would have copied different parts of the text at the same time, dividing the work between them. For example, Scribe D is known to have copied Genesis and portions of Matthew, Mark and Luke (in addition to other books of the Bible); while Scribe A produced large chunks of the Old Testament, and most of the New Testament, including Acts.

Layout was an essential consideration, particularly when individual scribes had to finish a block of text -- such as a specific book -- at the end of a quire. In Codex Sinaiticus, the Gospels of Matthew, Mark and Luke occupy quires 74 to 79. John, in turn, begins a new quire, with the last two leaves of its final quire having been cut out, so that the book is free-standing (quires 80 to 81). The next block of text, quires 82 to 91, comprises the letters of Paul, Acts, the Catholic Epistles, Revelation, and the Epistle of Barnabas. As Parker suggests, it looks as though the team responsible for creating Codex Sinaiticus regarded everything after the Gospels as an undifferentiated collection of letters, Acts and the Apocalypse.

The full order of books in the New Testament of Codex Sinaiticus is as follows:

Would it be possible to take highly detailed digital photos (so that microscopic details can be seen) of the red ink in Aleph and also the red ink in B, and compare the two?