Recently we’ve had a number of enquiries asking about instances of erasure, removal, or striking out of references to St Thomas of Canterbury in some of our manuscripts (one example can be seen above).  It is actually fairly common to find such 'cancellations' in English medieval manuscripts (or those that remained in England throughout the time of the Protestant Reformation), and they can be seen particularly in devotional manuscripts such as Books of Hours or Psalters. 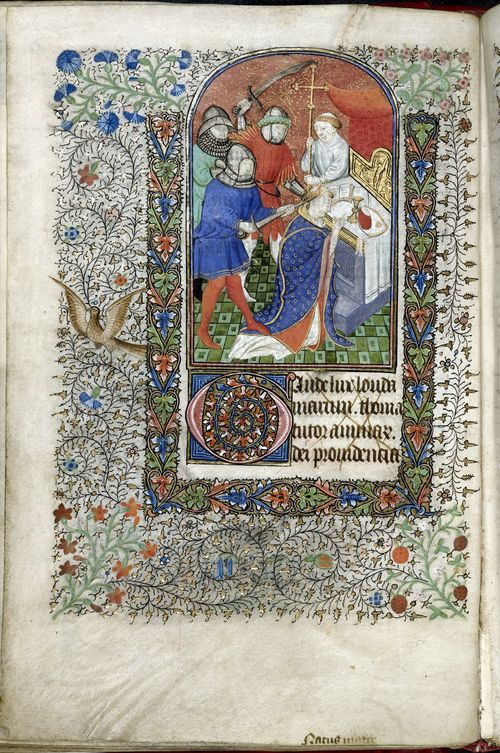 Miniature of the martyrdom of Thomas Becket, Archbishop of Canterbury, at the beginning of his suffrage, which is struck through in accordance with the suppression of the saint’s cult under Henry VIII, Book of Hours (Use of Sarum), France (Rouen), c. 1430 – 1440, Harley MS 2900, f. 56v

To some extent these removals can be seen as part of the Reformation’s project of iconoclasm, and the efforts to eliminate idolatry and ‘superstition’ from the religion of England. But even bearing this in mind, it is nonetheless true that Thomas Becket and his cult were uniquely singled out for suppression by the architects of the Reformation, for a number of reasons.

In medieval England devotion to St Thomas of Canterbuy was widespread and passionate; before the Reformation there were more parish churches dedicated to him than to any other English saint.  His shrine in Canterbury Cathedral was visited by countless pilgrims (including those described by Geoffrey Chaucer), from all across Europe, and it was the site of hundreds of reported miracles.  It was also extremely wealthy, with many visitors and believers making offerings, and its status as the premier site of devotion and pilgrimage may have made it a target.

But it is more likely that it was St Thomas’ own history as a ‘turbulent priest’ that made the suppression of his cult desirable for Henry VIII and his advisers.  As Archbishop of Canterbury, Thomas Becket fiercely espoused the independence of the Church from royal authority, and his murder in 1170 by soldiers of Henry II made him a martyr and a popular hero.  For Henry VIII the lesson was clear - a religious leader who had defied the king and been canonized for it was a dangerous precedent during a time of great religious change.

St Thomas is mentioned by name in many of the early Royal Injunctions that sought to abolish the ‘most detestable sin of idolatry.’  In September 1538 his shrine was dismantled, its treasure removed and carted away, and his bones disinterred and possibly burnt.  The physical destruction of his shrine was followed several months later by an edict attempting to destroy his reputation and renown.

A Royal Proclamation of 16 November 1538 was issued jointly by Henry VIII and Thomas Cromwell, attributing St Thomas’ death, ‘untruly called martyrdom,’ to a riot begun by the ‘opprobrious words’ and ‘stubbornness’ of Thomas himself.  Because ‘there appeareth nothing in his life and exterior conversation whereby he should be called a saint,’ the Royal Proclamation ordered that Thomas instead was ‘rather esteemed to have been a rebel and traitor to his prince.’

The Proclamation concluded that ‘henceforth the said Thomas Becket shall not be esteemed, named, reputed and called a saint… and that his images and pictures throughout the whole realm shall be plucked down, and avoided out of all churches, chapels, and other places; and that from henceforth the days used to be festival in his name, shall not be observed, nor the service, office, antiphons, collects, and prayers in his name read, but rased and put out of all the books.’ 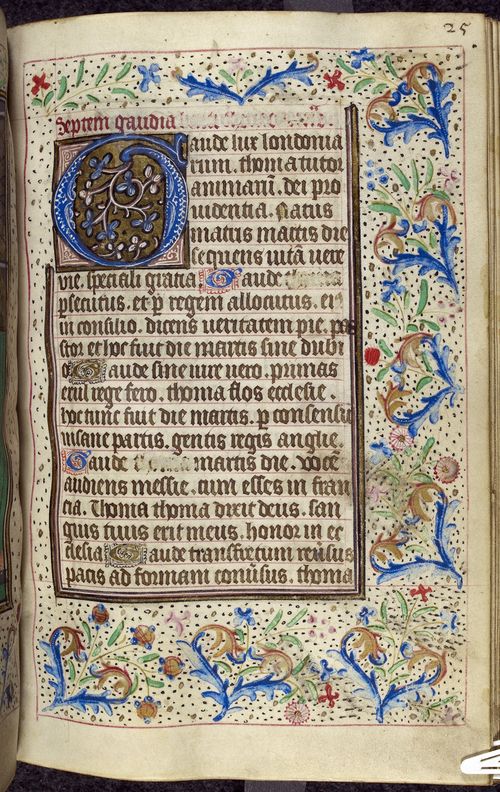 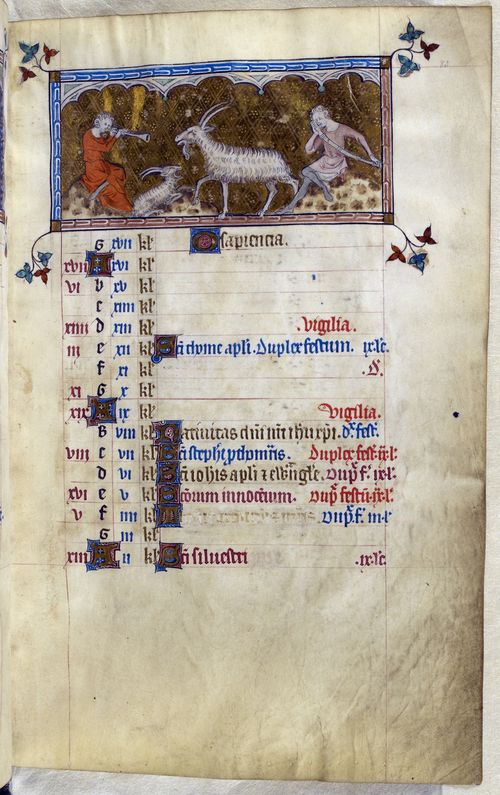 Calendar page for December, with the feast of St Thomas erased, Psalter (‘The Queen Mary Psalter’), England (London/Westminster or East Anglia?), between 1310 and 1320, Royal MS 2 B VII, f. 83

Although public response to this Proclamation, and others that followed, could fairly be described as mixed, within several years the Reformation had mostly succeeded in destroying most of the public representations of Thomas Becket (such as paintings and statues in churches). This was also largely the case with manuscripts of the time; for the most part, the owners of these manuscripts obeyed the Proclamations, but levels of compliance could vary greatly.

For example, references to Thomas Becket could be ‘gently’ removed, by the careful erasure or striking through of particular words.  This can be seen above, in a page from a 15th century Book of Hours in which several instances of Thomas’ name have been erased, or in the December calendar page from the Queen Mary Psalter, where the feast of St Thomas (29 December) has been scraped away (also above, in the third line from the bottom). 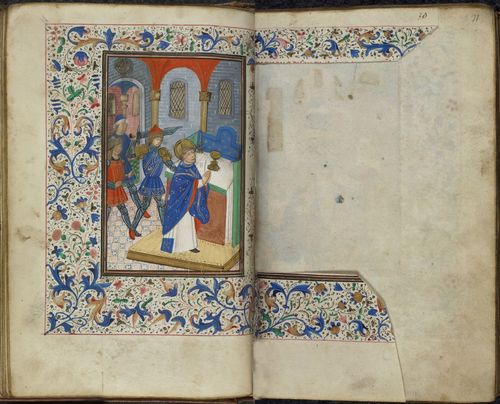 In some manuscripts an effort seems to have been made to excise all textual references to St Thomas, but occasionally the accompanying images do not seem to have been targeted.  This is particularly evident in this 15th century Book of Hours, in which portions of a folio containing prayers to the saint are neatly cut away, but the facing folio with a full-page miniature of the St Thomas’ martyrdom remains unaltered. 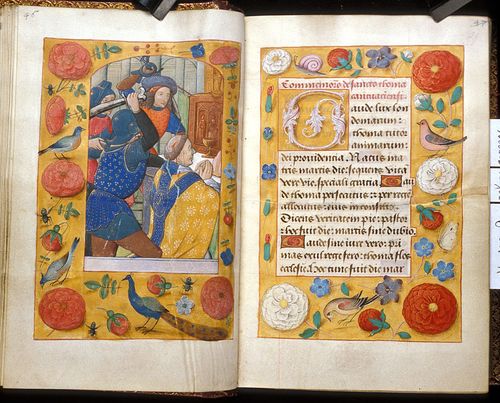 Miniature of the martyrdom of Thomas Becket, and the beginning of his suffrage, Book of Hours (Use of Sarum), South Netherlands (Bruges), c. 1500, Kings MS 9, ff. 38v-39

There are very few manuscripts that seem to have been left utterly unscathed; interestingly, one of these (see above) was used by Henry VIII.  Notes to and from the king and Anne Boleyn (before their marriage) can be found in the margins of this Book of Hours, so it is clear that Henry knew the manuscript well.  It is strange, therefore, that the miniature of St Thomas’ martyrdom and the following folio with his suffrage were left unaltered, and there is as yet no explanation for their remarkable survival.

very interesting; the exclusion has lasted to this day...thank you for
drawing attention to these texts and images.