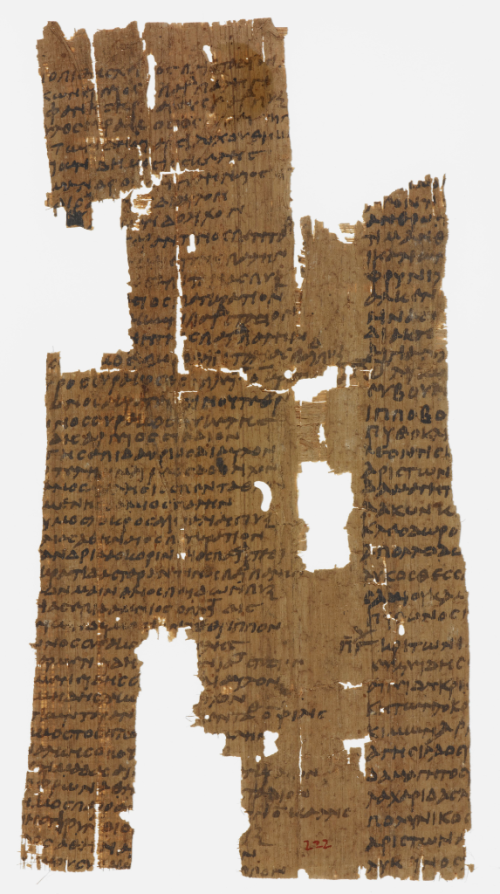 Over the last few days London has welcomed more than 10,000 athletes from around the world to participate in the 2012 Summer Olympics. At the time of writing, the opening ceremony is just hours away; and during the next weeks many of the spectators will head to the Olympic Park on trains leaving St Pancras station, adjacent to the British Library. But how many of those spectators will realise that among the British Library's collections is a papyrus fragment containing a list of victors at the ancient Olympic Games?

The list is found on the verso of Papyrus 1185, written in the early 3rd century AD, and it includes the names of athletes and the events they won from the 75th to the 78th Olympiads (480 BC-468 BC), and again from the 81st to 83rd Olympiads (456 BC–448 BC). Some of the thirteen events listed will be familiar to modern spectators (boxing, wrestling, sprinting), while others are quite different from the ones we are looking forward to this summer. Wouldn't it be great if chariot racing was reinstated in the programme?! Let's start a petition to introduce the pancration (combined wrestling and boxing) to the modern Games. We guess that Usain Bolt would have been one of the favourites for the stadion had he competed at the ancient Olympiads!

On the recto of the papyrus are some money accounts, dating from the 2nd or 3rd century AD. The list of Olympian victors on the verso is a fortuitous survival.