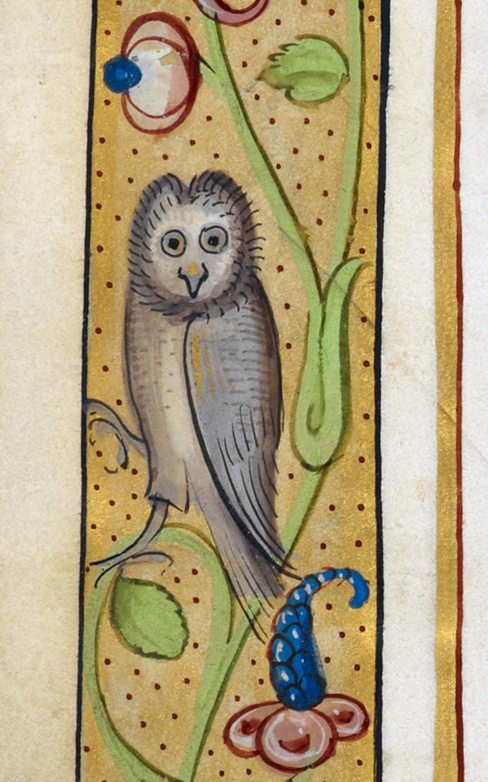 Detail of an owl in a decorative border; from a description of the Holy Land by Martin de Brion of Paris, France, 1540, Royal MS 20 A. iv, f. 3v

Everyone knows the image of the wise old owl.  But the bird had a very different reputation in the Middle Ages.  At that time, it was a bird of ill-omen, believed to frequent tombs and dark caves.  It would fly only at night, and, according to some sources, flew backwards.  On the rare occasions when the owl ventured out during the day, it got no better treatment from its fellow birds than it did from medieval bestiaries: they would raise a terrible clamour and attack in a mob. 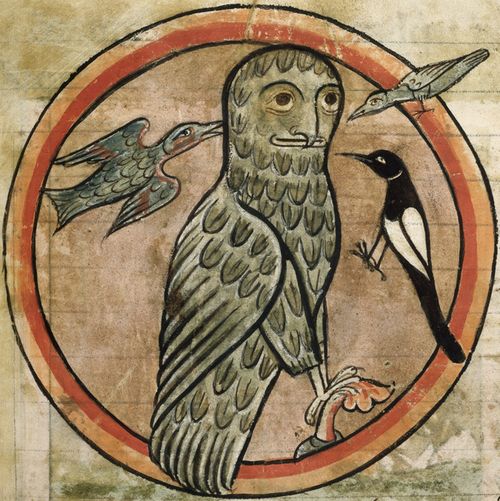 Detail of a miniature of an owl being mobbed by other birds; from a bestiary, England, 2nd quarter of the 13th century, Harley MS 4751, f. 47r

With the allegorical gloss typical of bestiary descriptions, the owl's preference for darkness over light made it a figure of the unbeliever, who had yet to embrace the light of the Christian gospel.  This hidden significance, as well as its distinctive, sometimes goofy appearance, no doubt prompted its use in decorative motifs and among the marginal grotesques of books of hours. 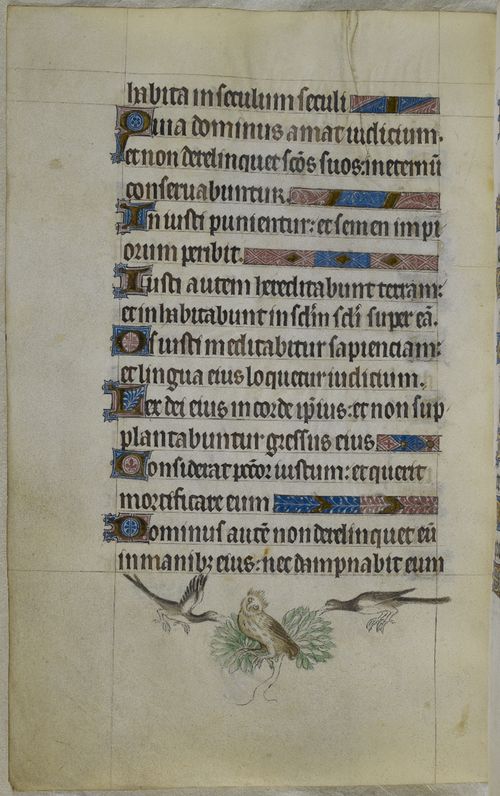 Among its other faults, the owl was considered an extremely dirty animal, invariably soiling its nest.  Because of this, as well as its other unpleasant associations, it was strongly identified with sickness.  The term bubo, derived from the Greek word for the groin, was the term for a type of swelling symptomatic of colorectal cancer.  The Latin word for 'owl' was also bubo (although the two uses are etymologically unrelated), and due to the bird's unsavoury associations, it was believed that the swelling had taken its name from the animal, as a filthy and unpleasant affliction, as well as a bad omen for the patient's prognosis. 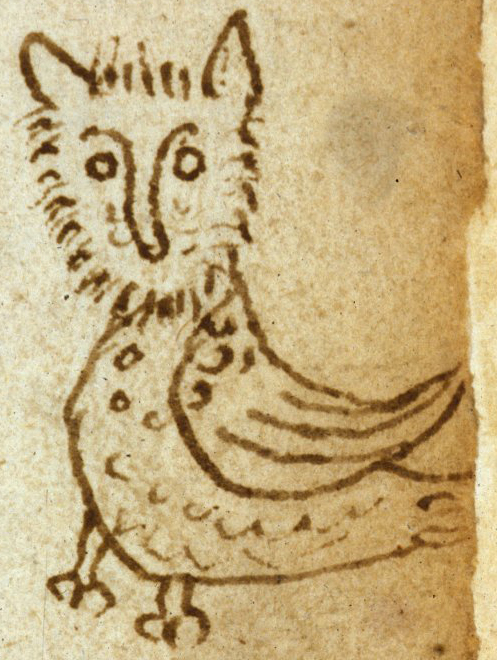 Detail of a miniature of an owl; from the Liber medicinarum by John of Arderne, England, 2nd half of the 15th century, Harley MS 5401, f. 46r

This explains the appearance of the owl in the margins of some medical manuscripts.  In the image above, a rather jaunty little horned owl stands beside the passage describing the medical bubo.  Such an image would likely function as a mnemonic aid and reference tool.  The physician or medical student, paging through the book, would see bubo the owl and immediately know he had located the passage on bubo the ailment, a functional play on words.