Nothin' but a Hound Dog 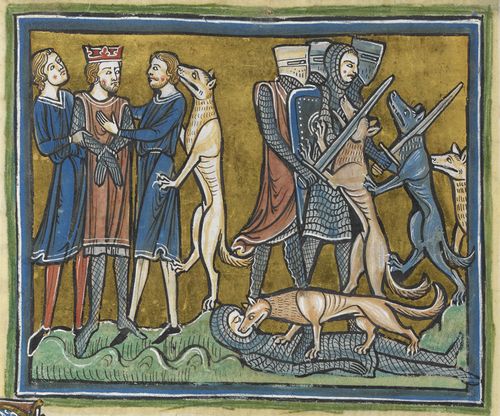 Detail of a miniature of King Garamantes, being rescued by his dogs; from the Rochester Bestiary, England (Rochester?), c. 1230, Royal MS 12 F. xiii, f. 30v

Recently we examined cats in medieval manuscripts.  But what about man's best friend, the dog?  Dogs were, then as now, renowned for their loyalty.  Medieval tomb effigies sometimes included a dog resting at the feat of the deceased, indicating the loyalty of the dead man himself, a faithful retainer to his lord. 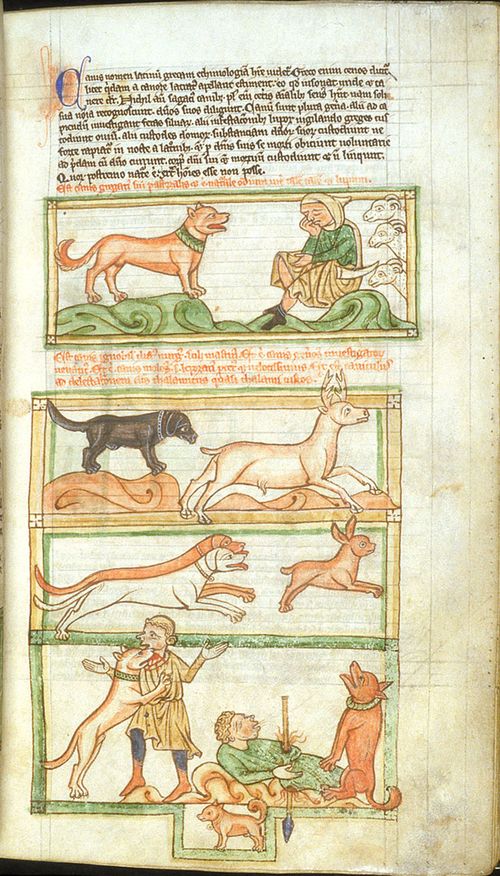 This quality of loyalty works its way into many of the stories told about dogs in bestiaries.  A king named Garamantes was once captured by his enemies.  He was freed, however, when his hundreds of dogs spontaneously charged, attacking the men who held him prisoner, and leading him back to safety.  In another story, a man was murdered by his enemy.  His faithful dog was inconsolable, and stood beside the corpse, howling and drawing a crowd of onlookers.  When the murderer saw this crowd gathering, he thought to allay suspicion by mingling with the throng.  But the dog was not fooled.  He attacked the murderer, biting him and continuing to howl in mourning.  Faced with such a clear accusation, the murderer confessed. 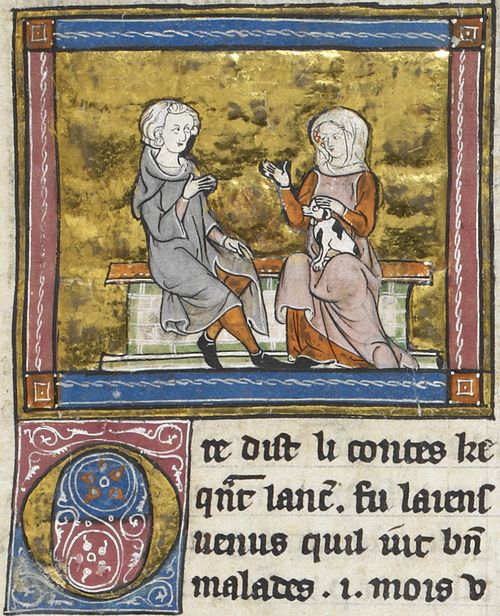 Dogs in medieval manuscripts are most often hunting hounds, chasing down hares, or dogs fierce in defence of their masters.  But lap dogs also appear in medieval texts: small, aristocratic animals who were the companions of fashionable ladies.  Sir Tristan, so the story goes, sailed to France, where the king's daughter fell in love with him.  But Tristan was already in love with Isolde, the wife of his uncle King Mark, and refused the princess's advances.  She sent to him love letters, though, as well as a small dog, named Husdent.  While the affair with the French princess was one-sided and short-lived, Husdent himself would go on to become an important part of Tristan's story.  Devastated that he could not be with the married Isolde, Tristan lost his senses and ran into the forest to live as a wild man.  On returning to civilization some time later, he was so altered from his ordeal that Isolde did not recognize him.  But the faithful Husdent immediately knew his master, and Tristan's true identity was revealed. 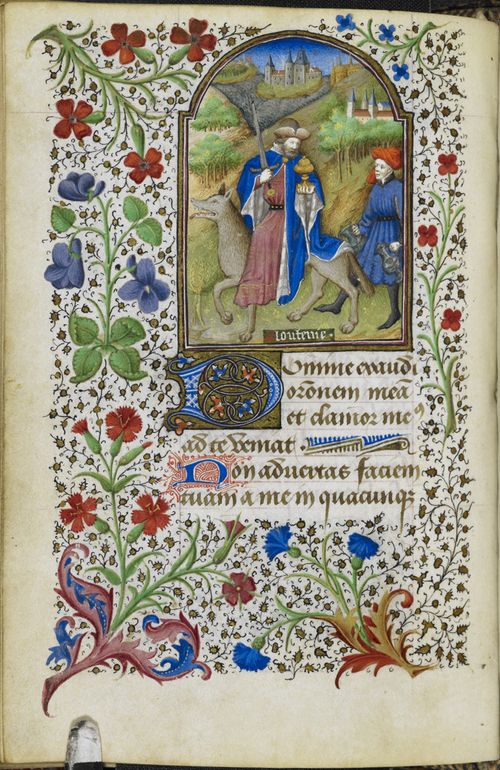 Man's faithful companion also had a more wild and threatening counterpart. If dogs were symbols of loyalty, wolves were personifications of greed.  Isidore of Seville observed, correctly, that the Latin word for wolf (lupus) gave rise to a slang term for prostitute (lupa).  These women were said to be greedy for financial gain, and so were termed 'she-wolves'. 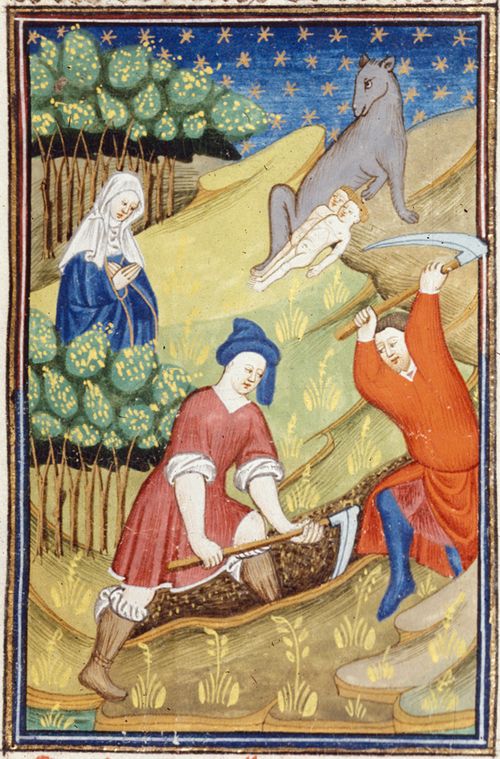 A she-wolf from mythology: detail of a miniature of (foreground) two men digging a grave for the Rhea Silvia, the princess and Vestal Virgin sentenced to death for bearing Romulus and Remus, the twin sons of the god Mars, who are shown behind with the she-wolf (lupa) that raised them after their usurping great-uncle cast them out to die; from a French translation of Giovanni Boccacio, De claribus mulieribus, France (Rouen), c. 1440, Royal MS 16 G. v, f. 55r

Just as dogs were shown as helpful working animals, the protectors of the flock, wolves were the greedy thieves who ran off with the sheep.  But a wolf needed to be careful lest he be caught in the act, since he shared one of his cousin's major weaknesses: dog breath.  The smelly breath of a wolf could, the bestiaries claimed, give him away as he crept up on his prey, alerting the watching sheepdogs.  A canny wolf would plan for this, however, and always approach a flock from downwind. 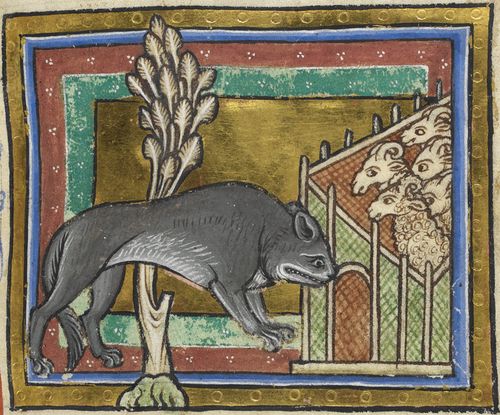 I love this blog so much.