Happy St George's Day, everyone! Here are some images from the British Library's collections, to celebrate the feast day of the patron saint of England, Portugal, Georgia, Russia and Palestine, among others. You can find many more images of St George on our Catalogue of Illuminated Manuscripts. 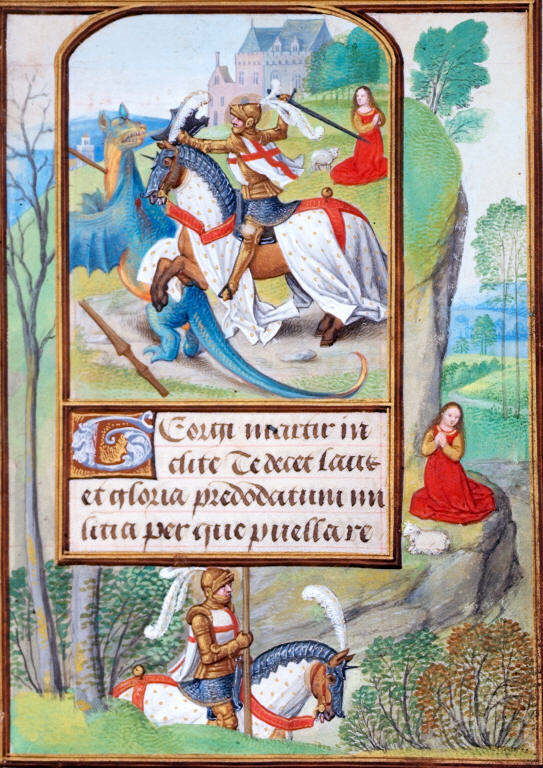 Miniature of George fighting the dragon, with a full border with George passing the king's daughter, at the beginning of a prayer to George, in a Book of Hours: Bruges, c. 1500 (London, British Library, MS Egerton 1147, f. 259r). 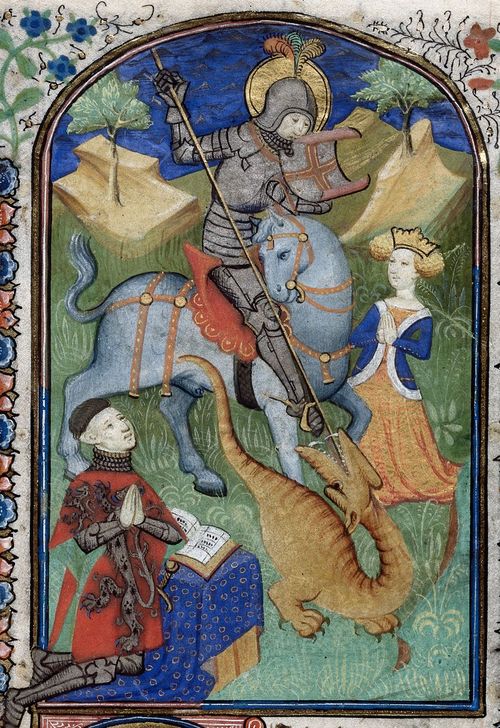 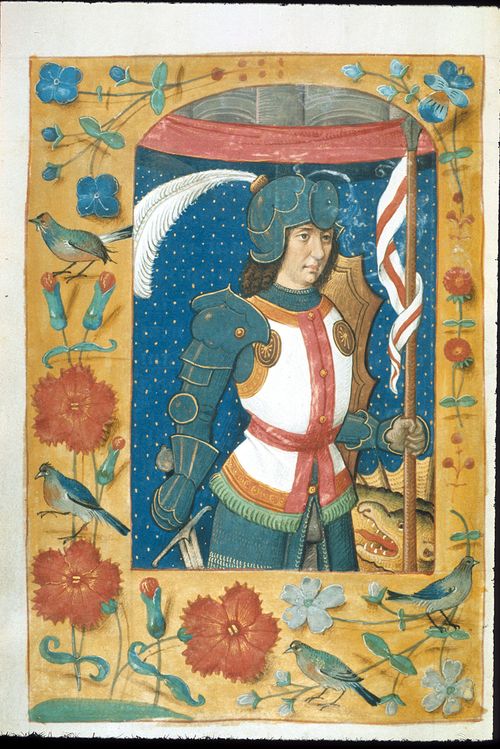 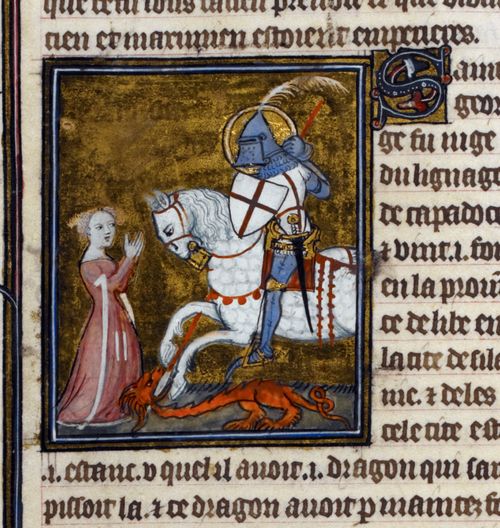 Detail of a miniature of George killing the dragon, with the princess kneeling, in the Legenda Aurea: Paris, 1382 (London, British Library, MS Royal 19 B XVII, f. 109r).

Posted by Ancient, Medieval, and Early Modern Manuscripts at 8:15 AM

Lovely pictures. Can you tell me why the princess often has a lamb with her?

In Bulgarian tradition, from which the dragon-episode emerged, George is patron saint of shepherds. We have located one in the St. George miniature of the Berners Hours (Bruges, va. 1470, Vrelant atelier), now Goucher Library BX2080 .V74 B47 1470. Very tiny, about 3 mm x 1 mm, and severely eroded by kissing, but visible just above the saint's horse's head..
https://mdsoar.org/handle/11603/7495