Some dates in history have more significance than others. Readers of 1066 And All That may recall that there are only two memorable dates in the whole of English history: according to the authors, "2 out of the 4 Dates originally included were eliminated at the last moment, a research done at the Eton and Harow match having revealed that they are not memorable". But one date that does continue to have resonance is 15 June 1215, the date of Magna Carta. 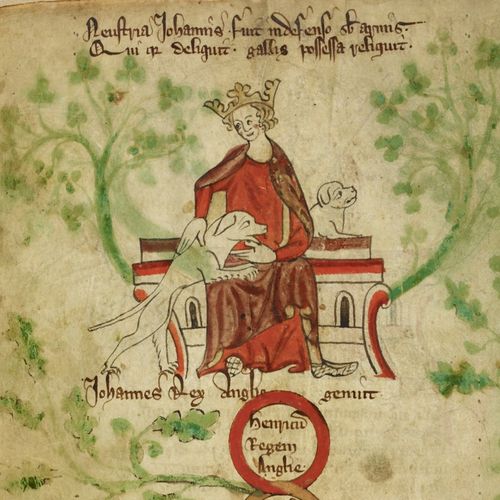 Walter Carruthers Sellar and Robert Julian Yeatman, the aforementioned authors of 1066 And All That, put the events of 15 June 1215 into typical perspective:

"There also happened in this reign the memorable Charta, known as Magna Charter on account of the Latin Magna (great) and Charter (a Charter); this was the first of the famous Chartas and Gartas of the Realm and was invented by the Barons on a desert island and in the Thames called Ganymede. By congregating there, armed to the teeth, the barons compelled John to sign the Magna Charter, which said:

1. That no one was to be put to death, save for some reason (except the Common People).

2. That everyone should be free (except the Common People).

6. That the Barons should not be tried except by a special jury of other Barons who would understand.

Magna Charter was therefore the chief cause of Democracy in England, and thus a Good Thing for everyone (except the Common People)." 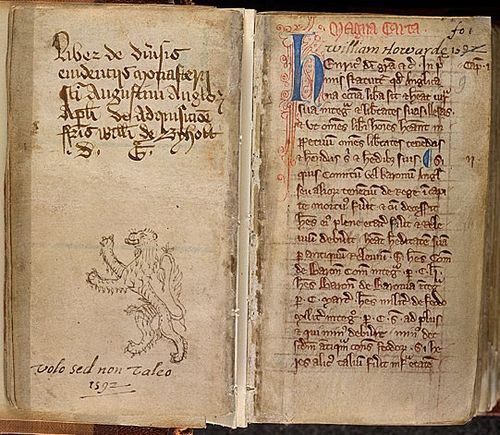 The year 2015 marks the 800th anniversary of the famous events in the meadow at Runnymede. The British Library, as custodian of two of the four surviving 1215 Magna Cartas, will be at the forefront of those celebrations. But what really happened on 15 June 1215?

A qualified answer to that question is: nobody really knows. The four surviving copies of Magna Carta (two at the British Library, the others at Lincoln and Salisbury) all bear the date 15 June 1215. As Claire Breay summarises in her book Magna Carta: Manuscripts and Myths (London: The British Library, revised edition 2010), "the exact sequence of events at Runnymede remains unclear ... [15 June] may be the date on which the Articles of the Barons were sealed [by King John], or, if that event had already taken place, it may be the date on which further details of the settlement were agreed." And therein lies the rub; as Breay says, "In common with other medieval charters, Magna Carta bore the date of the agreement itself, not the date of the subsequent issue of the charter by the king. Whatever the precise details of the sequence of events may have been – and these will probably never be certain – on 19 June the barons made formal peace with the king by renewing their oaths of allegiance."

If you'd like to know more about Magna Carta, have a look at our dedicated Magna Carta webpages, where you can examine one of the British Library's copies, read a translation, and find out answers to questions such as "Where did King John sign Magna Carta?", "Why is Magna Carta hard to read?", and "What does Magna Carta mean?".