A major new addition to the British Library’s Digitised Manuscripts site is the Townley Homer (Burney MS 86), named after one of its former owners, Charles Townley (1737–1805). This manuscript, probably written in 1059, contains the Iliad of Homer, together with extensive marginal and interlinear annotations (or scholia). 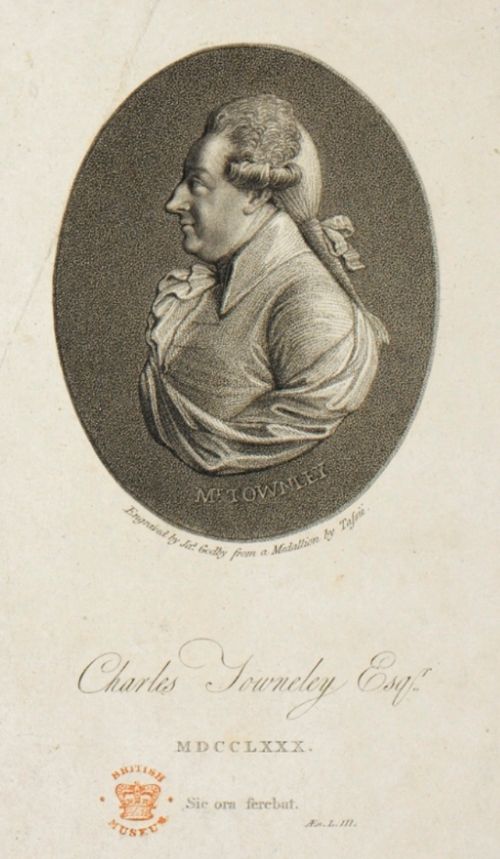 The manuscript has changed hands several times over the centuries. It was owned by the Italian cardinal Giovanni Salviati (1490–1553), and was acquired by Charles Townley at Rome in 1773. An engraved portrait of Townley is preserved on f. iv recto, as is an engraving of a bust of Homer acquired by Townley, on f. vi recto, and which can now be seen in the British Museum. The classical scholar Charles Burney (1757–1817) bought the manuscript in 1814, paying the princely sum of £620. It was acquired by the British Museum as part of Burney’s library in 1818. 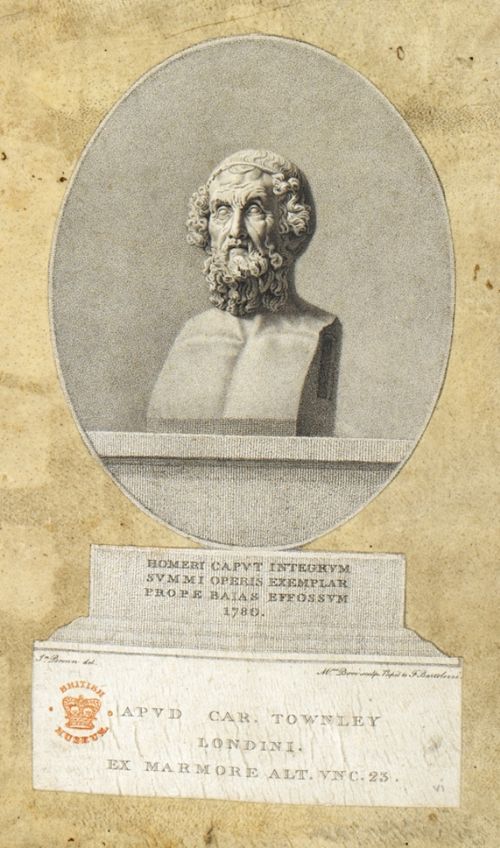 Many manuscripts of Homer’s Iliad survive today. The British Library alone holds ten others (almost all of which have now been digitised) as well as 33 Homeric papyri, of which all but three consist of extracts from the Iliad. Quite a few of the Homeric manuscripts contain annotations, known as scholia. Many of these scholia are concerned with textual criticism – their goal is to reconstruct the original text of the Iliad, and to strip away lines or passages believed to have been added later. Other scholia are primarily exegetical – that is, their main function is to explain the meaning of the text, perhaps by providing a synonym for an unfamiliar word, or by explaining something tricky or obscure. Many of the scholia to be found in Burney MS 86 are of this type. 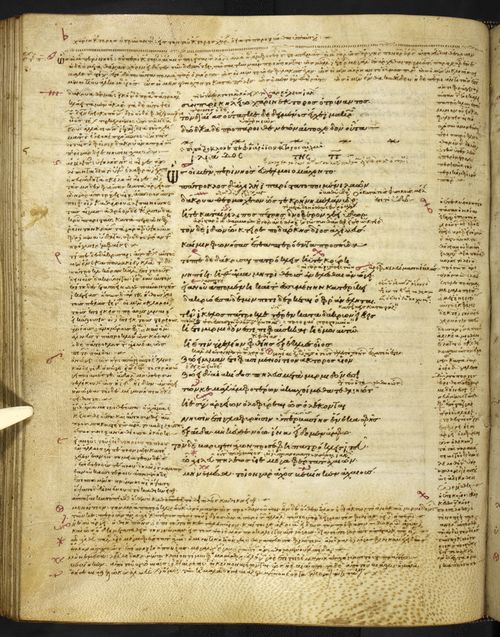 As an example of the material found in the scholia, take a look at the start of Book 16 of the Iliad, and the beginning of the famous scene in which the doomed Patroclus begs Achilles to lend him his armour, to defend the Greek ships. This page is particularly full of scholia, but others may have only a few comments in the margins. The text and the scholia are both written in black, and symbols in red link individual notes to the corresponding place in the text. 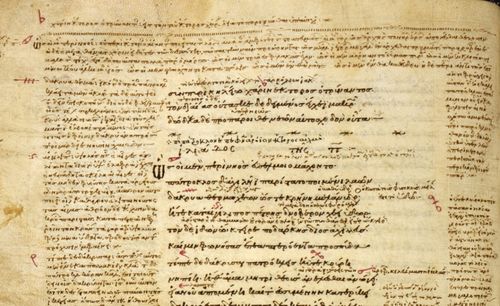 The third line of Book 16 reads, in Greek, δάκρυα θερμὰ χέων ὥς τε κρήνη μελάνυδρος (“shedding hot tears like a spring with black water”), referring to Patroclus as he runs to find Achilles. A red symbol over the first two words in the line, δάκρυα θερμὰ, points the reader to the corresponding note in the left-hand margin, which states ‘The gentle Patroclus laments appropriately, since he has both heard and seen terrible things. So he is not able to cry out, being overwhelmed by his tears, but stands in silence, bringing pity upon himself because of his appearance. Similarly in the Litai (Iliad 9.433) Phoenix “burst into tears, for he feared greatly for the Greek ships”’ (εἰκότως ὁ πρᾷος Πάτροκλος κλαίει, τὰ μὲν ἀκοῇ τὰ δὲ αὐτοψεὶ τῶν δεινῶν ἐπισκοπἠσας. διὸ οὐδε φθέγξασθαί τι οἷος τε ἐστὶ συγκεχυμένος ὑπὸ τῶν δακρύων, ἀλλὰ σιωπῶν ἵσταται διὰ τοῦ σχήματος τὸν ἔλεον ἐπαγόμενος. καὶ ἐν ταῖς Λιταῖς ὁ Φοῖνιξ “δάκρυ’ ἀναπρήσας· περὶ γὰρ δίε νηυσὶν Ἀχαιῶν.”)

At the end of the line, the same commentator has added an interlinear note to explain the word μελάνυδρος (“with black water”), and a later hand has added another note near the beginning of the line, over the words θερμὰ χέων (“shedding hot [tears]”). These are both shorter notes, intended to explain unfamiliar words or potentially ambiguous phrasing.

As is clear from this one line, the scholia cover a wide range of approaches: not just matters of language and basic interpretation, but also more literary issues, such as the sensitive explanation of Patroclus’ tears. They give us an excellent insight into the sorts of things late antique and medieval readers found interesting, puzzling, or otherwise worthy of comment in the text of Homer.

Scholia on Greek and Latin manuscripts are generally edited and published in stand-alone volumes, separated from the texts they comment on. Thanks to the generosity of the Stavros Niarchos Foundation, the British Library is now able to present the Townley Homer online in its entirety, so that it is possible to view the scholia as they would have been seen and interpreted by earlier generations of readers.

If you want to know more about the manuscripts and scholia of Homer, visit the Homer Multitext Project.

Other Homeric manuscripts held by the British Library and available on Digitised Manuscripts:

Harley MS 1752: Homeric Hymns (a dozen of the shorter hymns).

Harley MS 5601: Batrachomyomachia and Iliad, both with glosses.

Harley MS 5673: Odyssey, with arguments and iambic verses added at the end.

Harley MS 5693: Batrachomyomachia, with glosses, and Iliad, with partial scholia and glosses.

Scholia Graeca in Homeri Iliadem Townleyana, ed. E. Maass, Oxford 1887–88 (a critical edition of the scholia in the Townley Homer).

E. Dickey, Ancient Greek Scholarship: A Guide to Finding, Reading, and Understanding Scholia, Commentaries, Lexica, and Grammatical Treatises, from Their Beginnings to the Byzantine Period, Oxford 2007 (an excellent introduction to Greek scholia and related texts).

Recapturing a Homeric Legacy: Images and Insights from the Venetus A Manuscript of the Iliad, ed. C. Dué, Washington DC 2009 (online here).