The British Library holds one of the most significant collections of Greek papyri in the world, including the longest and most significant papyrus of the Aristotelian Constitution of Athens, unique copies of major texts such as Sophocles’ Ichneutae, and the Egerton Gospel, as well as a wide range of important documentary papyri from Oxyrhynchus, Aphrodito, Hibeh, Tebtunis, and the Fayum.  The Department of Manuscripts in the British Museum was at the forefront of the new discipline of papyrology at the turn of the nineteenth century, and many of our predecessors are well-known to anyone who has ever consulted a text preserved on papyrus:  Kenyon, Bell, and Skeat, to name just three. 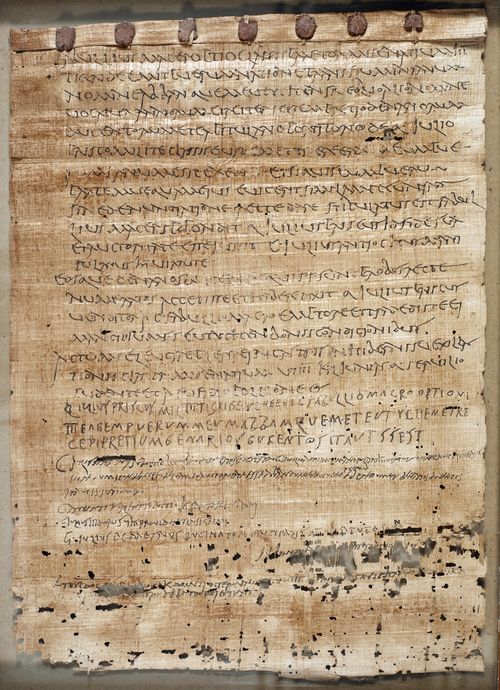 Today, we are happy to announce that selected key papyri have been digitised and are now available to view on Digitised Manuscripts, along with completely new catalogue descriptions.  Five papyri are available online now, and two more items will appear in the coming weeks (watch out for a separate post here on our blog!).  The items now online are: 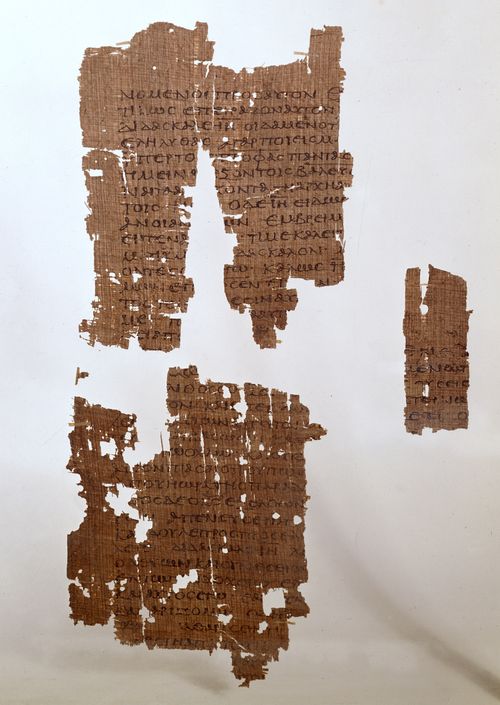 (A note on shelfmarks:  The British Library’s method of referencing papyri is according to inventory number. This does not always correspond to the number by which the papyrus is more widely known in its published catalogue, be that P. Lond., P. Oxy., or other.  The catalogue entries on Digitised Manuscripts give full cross-references for papyri for ease of use.  Further details on how to match inventory and catalogue numbers can be found in the British Library’s Manuscripts Collection Reader Guide 4: The Papyrus Collections.)

What an irony that the slave boy's Greek name was Eutyches 'he of good fortune', Nae luck to be a slave at such a tender age. His master's cognomen was 'Macer': probably ironic as they often were (such as Gaius Julius Caesar; 'Caesar' because he was bald (caesaries: 'a head of hair'). 'Macer' was probably some fat, greasy ogre: business type or landowner, controller of latifundia or mines.