St Catherine of Alexandria was one of the most venerated saints and martyrs in the medieval era, and indeed still is today.  Especially on this day, which is that of her feast; we hope you all have your fireworks ready for a St Catherine’s Wheel! 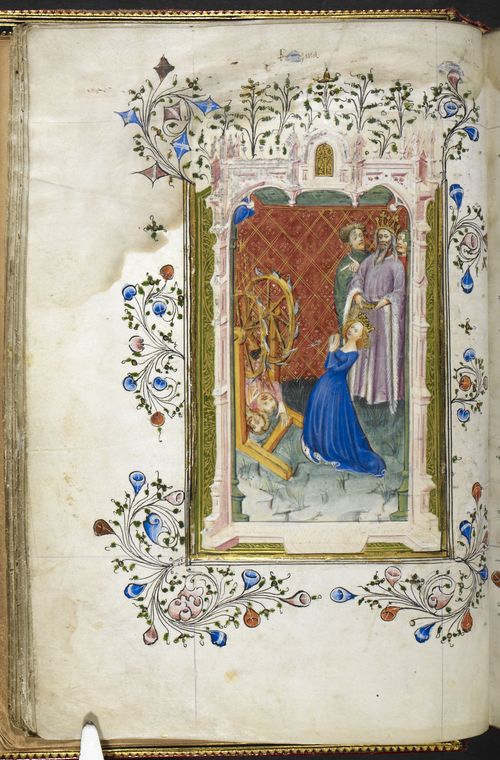 Miniature of St Catherine before the wheel, with the Emperor Maxentius in the background, from the Beaufort/Beauchamp Hours, England (London) and Netherlands (Bruges), 1401- c. 1500, Royal MS 2 A XVIII, f. 15v

According to her legend, Catherine was born to the pagan King Constus and Queen Sabinella of Alexandria in the very late 3rd century AD.  She was said to have been extremely well-educated, and converted to Christianity as a teenager.  Her devotion to Christ was such that she determined to visit the Roman Emperor Maxentius to argue against his persecution of Christians.  Needless to say, Maxentius was not receptive to her pleas, and had the young woman scourged and then thrown into prison.  While there she was visited by a number of notables, including Maxentius’ wife; Catherine’s passionate eloquence, we are told, succeeded in converting all of these visitors to Christianity, even though this meant that they were immediately put to death by the Roman authorities. 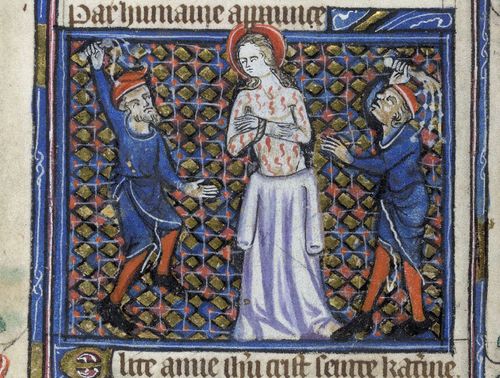 Detail of a miniature of St Catherine being scourged, from the Taymouth Hours, England, 2nd quarter of the 14th century, Yates Thompson MS 13, f. 16v

After prison proved an ineffective constraint on Catherine, legend has it that the Emperor Maxentius tried a proposal of marriage, which Catherine rejected on the grounds that she had consecrated her virginity to Christ (although one imagines that the Christian-executing Emperor would not have been an attractive candidate to her regardless).  Maxentius did not take this well either, and sent Catherine to be executed on the back-breaking spiked wheel.  The wheel, however, miraculously broke apart the moment Catherine touched it, so Maxentius ordered that she be beheaded. 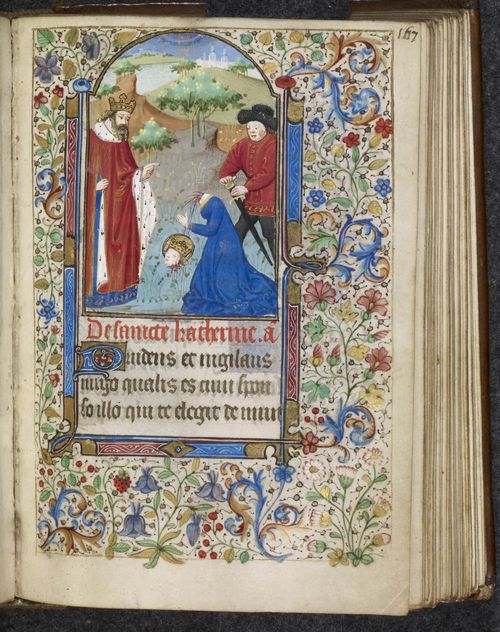 St Catherine is one of the most recognizable saints in medieval art, as she is usually depicted with one or both of the instruments of her martyrdom, most often the spiked wheel. Devotion to her in the Middle Ages was intense, and miniatures of her appear in many manuscripts of the period.  A number of these can be found below, including a remarkable sequence in the Queen Mary Psalter that details her martyrdom. 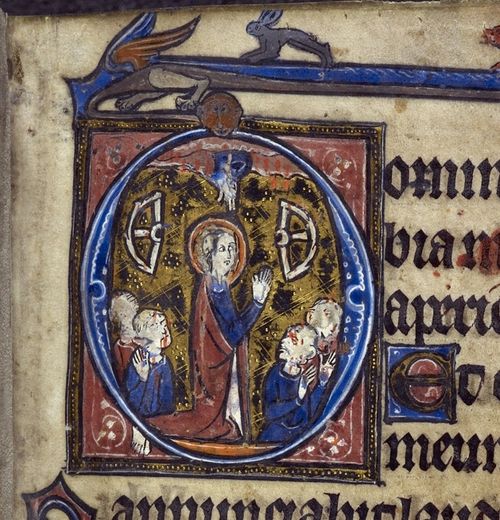 Detail of an historiated initial of St Catherine praying and the wheel breaking, from the Harley Hours (Use of Sarum), England, last quarter of the 13th century, Harley MS 928, f. 10r 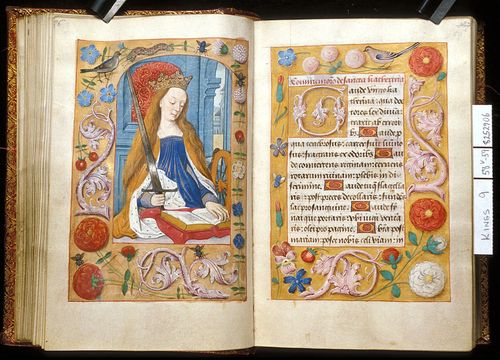 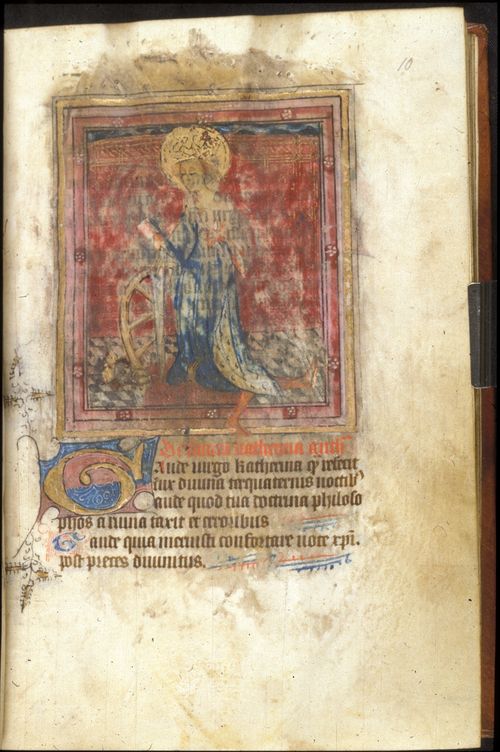 Miniature of St Catherine, much effaced (possibly because of devotional kissing of the miniature), from a Book of Hours (Use of Sarum), Netherlands, 3rd quarter of the 15th century, Harley MS 2966, f. 10r 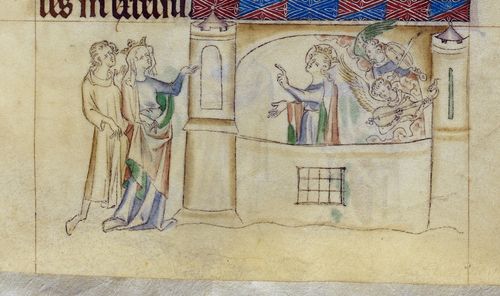 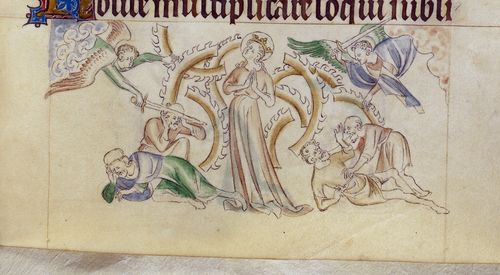 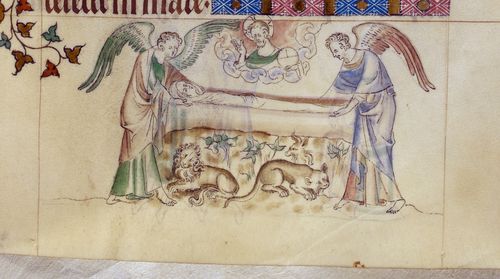 Detail of a bas-de-page image of St Catherine being buried by angels on Mount Sinai, from the Queen Mary Psalter, Royal MS 2 B VII, f. 284r

St Catherine is considered the patron saint of unmarried girls, craftspeople who work with wheels, such as potters and spinners, philosophers, students, librarians and archivists (luckily for us).  Please do let us know if you have any other favourite images of this venerable saint, and we hope you have a happy St Catherine’s Day!