Earlier this year, a selection of the British Library's medieval manuscripts featured in a special article in the FT Weekend Magazine. For those of you who missed this first time round, those manuscripts included (drumroll, please) Beowulf, Leonardo da Vinci's notebook, the Golf Book and the Harley Golden Gospels. Not your typical medieval books -- you can read the accompanying blogpost here, with links to digital images of the manuscripts in question.

This is one of our favourites, what about you? The miniature of St John in the 9th-century Harley Golden Gospels: London, British Library, MS Harley 2788, f. 161v.

Alice Fishburn, auuthor of the article, interviewed a number of the British Library's curators as part of the feature. And one question we were all asked was: "what's your favourite manuscript?". As I recall, a couple of curators plumped for the Harley Golden Gospels, on account of its sheer beauty and its shimmering golden letters; another colleague took the safer option, and preferred not to nominate a favourite manuscript, on the grounds that each and every one is a unique artefact, with its own intrinsic interest. You may like to nominate a manuscript from our Catalogue of Illuminated Manuscripts, like this 12th-century Canterbury passionale: London, British Library, MS Arundel 91, f. 36v.

That got us thinking -- what is your favourite manuscript? We'd love to hear from you, and in the coming weeks we'll add a selection to an updated version of this post. You might choose something from the Anglo-Saxon era, say, or a 15th-century Book of Hours, or maybe that dusty old tome which you studied for your dissertation, the one which had lain overlooked for years but which you fell in love with. No rules apply, save to say that we'd prefer it if your favourite came from the British Library's collections! You may like a little help, so have a look at our Digitised Manuscripts site or the Library's Catalogue of Illuminated Manuscripts. 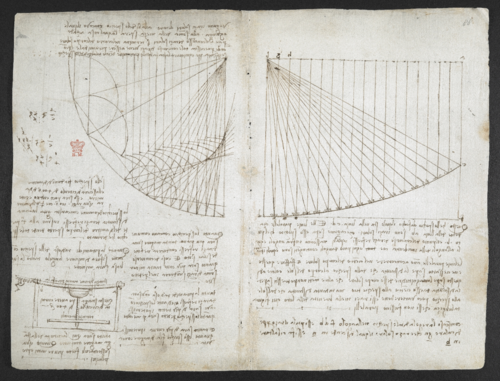 So there's your challenge for this week. Send your nominations by Twitter to @blmedieval, or as a comment at the end of this post. It would be lovely if you could tell us in a few words why a particular manuscript is so special to you. And we will try to acknowledge each and every response.