Welcome to the Catalogue of Illuminated Manuscripts

Did you know that thousands of images from the British Library's collections are available on our Catalogue of Illuminated Manuscripts? 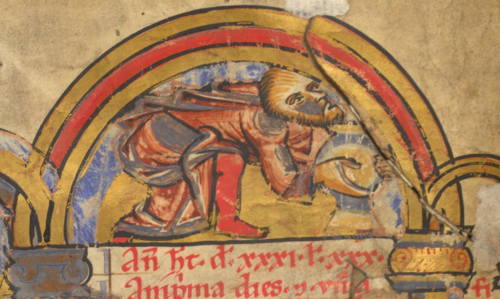 Our catalogue enables you to search by keyword or date, or by its reference (if known); and you can also perform an advanced search using such criteria as language and provenance. The site also contains a number of virtual exhibitions -- such as The Royal collection of manuscripts, Arthurian manuscripts in the British Library and French illuminated manuscripts -- and there's a helpful glossary to help you navigate your way round some of the terms used when describing medieval books. What's more, all images on the Catalogue of Illuminated Manuscripts are available for download and re-use under a Creative Commons licence, on the condition that you respect our terms and conditions. How fantastic is that?

And here, in true Blue Peter fashion, are the results of a search we did earlier for images of hedgehogs (don't ask). No fewer than 8 manuscripts featured in the Catalogue of Illuminated Manuscripts contain pictures of hedgehogs, 5 of which are illustrated here -- which are your favourites? 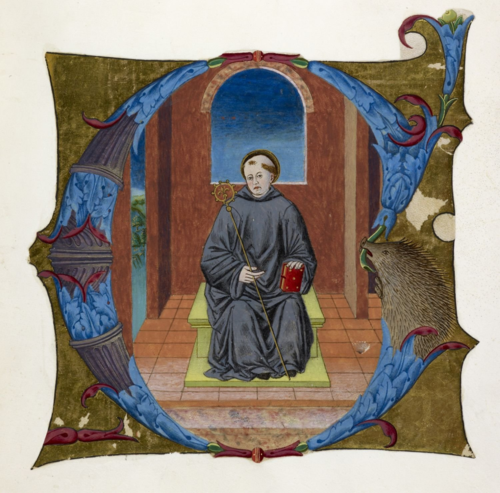 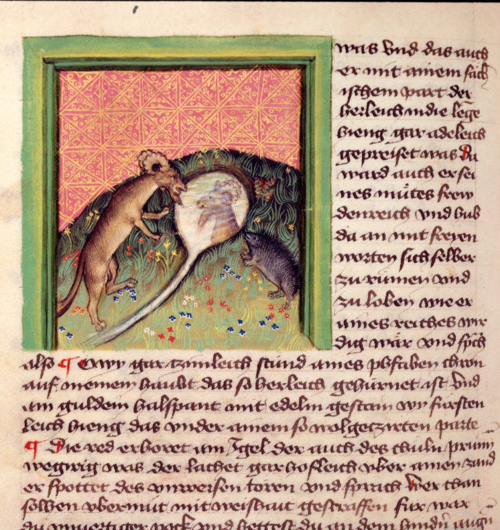 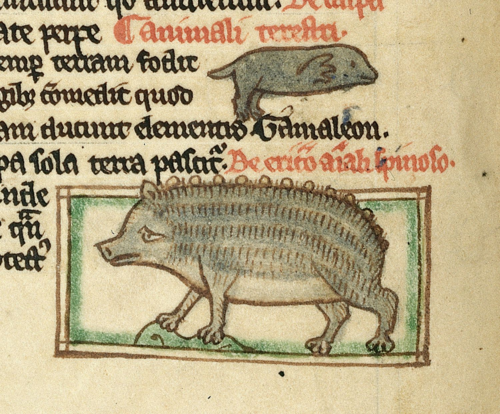 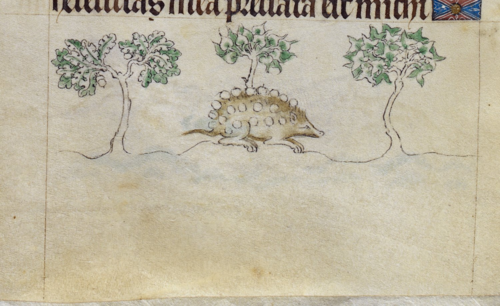 A medieval hedgehog beauty contest, brought to you by courtesy of @BLMedieval -- what more could you want?!

I love the Catalogue of Illuminated Manuscripts! The Catalogue has also been indexed in the Medieval Electronic Scholarly Alliance (MESA) where it can be cross-searched along with several other medieval collections-and not just manuscripts! We are working on ingesting records from the British Museum now. See http://www.mesa-medieval.org/search/browse

I found this quote about hedgehogs on the Medieval Bestiery site ( http://bestiary.ca/) :

St Antony of Padua [12th-13th century CE] (Sermons): Sinners are compared to hedgehogs. Note that the hedgehog is altogether full of prickles; and if any one tries to take it, it rolls itself up, and becomes as it were a ball in the hand of the holder. Its head and its mouth are set low down, and inside its mouth are five teeth. The hedgehog is the obstinate sinner, covered all over with the prickles of sins. If you endeavour to convince him of the sin he has committed, he immediately rolls himself up, and hides, by excusing, his fault. And thus it may be said that his head and mouth are set low down. By the head, we understand, the thoughts; by the mouth, the words. While the sinner excuses himself with respect to the sin he has done, what else is it than that he bows his mind and his words down to the ground? Whence also he is said to have five teeth in his mouth, which are the five kinds of excuses that are found in the mouth of the obstinate. For, when he is blamed, he excuses himself either by ignorance or chance, or the suggestion of the devil, or the frailty of his flesh, or the occasion given by his neighbour. (Mediæval preachers and mediæval preaching: A series of extracts, translated from the sermons of the middle ages, chronologically arranged; with notes and an introduction (London, 1856)