The Lovers Who Changed History

Henry and Anne: The Lovers Who Changed History is to be broadcast tonight on Channel 5 (Thursday, 20 February, 8pm). Presented by historian Suzannah Lipscomb, the first episode features Anne Boleyn’s Book of Hours (British Library King's MS 9), in which she and King Henry VIII wrote flirtatious messages to each other.

Miniature of Christ as the Man of Sorrows kneeling before his tomb, with Henry VIII's message addressed to Anne Boleyn in the lower margin (London, British Library, MS King's 9, f. 231v).

The story of Henry and Anne's love affair is well-known; but less so is the precious evidence found in this Book of Hours, held by the British Library, which contains secret messages exchanged by the lovers. Henry portrayed himself as a lovesick king by placing his message beneath an image of the man of sorrows, writing in French ‘If you remember my love in your prayers as strongly as I adore you, I shall hardly be forgotten, for I am yours. Henry R  forever.’ Anne replied in English, writing beneath a miniature of the Annunciation: 'Be daly prove you shall me fynde, To be to you bothe lovynge and kynde.' 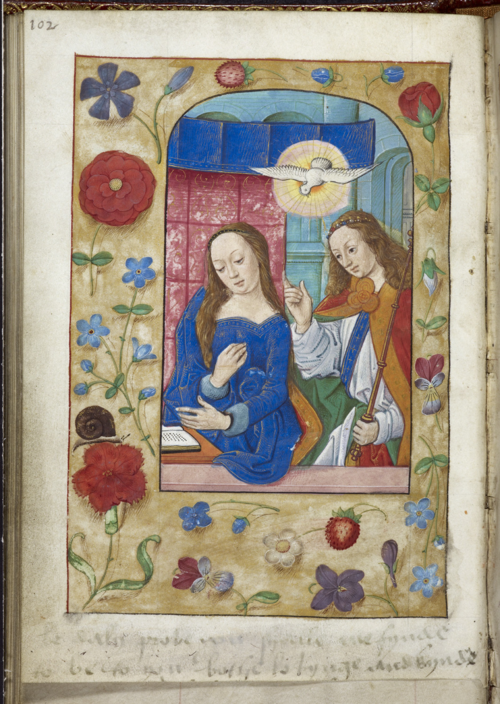 Miniature of the Annunciation to Mary by the Archangel Gabriel, with Anne Boleyn's note in the lower margin (London, British Library, MS King's 9, f. 66v).

We can only speculate how Henry and Anne came to exchange these private, scribbled messages. Perhaps Henry wrote his first, and passed the book to Anne Boleyn, who returned the favour. Hopefully we will find our more tonight: don't forget to watch the documentary!