Lorsch Manuscripts in the British Library

Seven manuscripts that were compiled in the 9th-century in the scriptorium of the former monastic library of Abbey Lorsch are today held at the British Library.  These codices have now been digitized – together with five further works connected to the Abbey – and included in the Virtual Monastic Library of Lorsch, at Bibliotheca Laureshamensis digital.  Amongst the 70 institutions world-wide that today hold Lorsch manuscripts, the British Library has one of the larger collections, together with the Bayerische Staatsbibliothek in Munich, the National Austrian Library, the Bodleian Library in Oxford, and the Biblioteca Apostolica Vaticana in Rome. 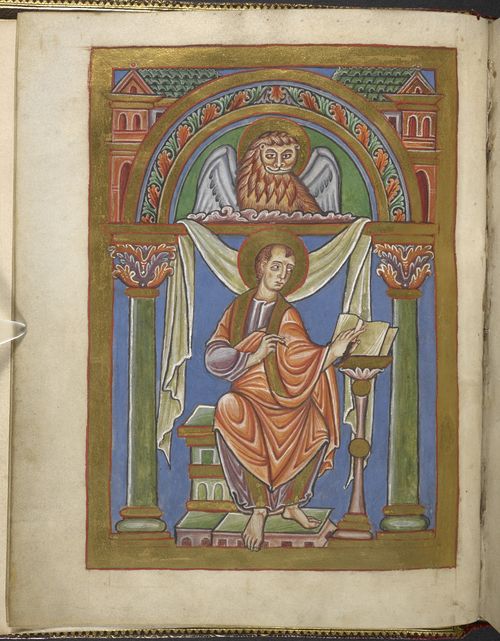 Miniature of the Evangelist St Mark, at the beginning of a Gospel lectionary (the 'Odalricus Peccator Gospel Lectionary'), Germany (Lorsch), first half of the 11th century, Harley MS 2970, f. 2v

The Abbey of Lorsch –today in a small town in Hesse in Germany – was one of the key centres of knowledge in the medieval period.  During the reign of Charlemagne and his successors it reached the height of its prosperity and created an exceptional library as well as a proficient scriptorium.  Library catalogues from the 9th century testify that the collection comprised nearly 500 manuscripts, an impressive figure.  The medieval library held works on theology, historiography, monasticism and asceticism, grammar as well as school books.  Of the monastic buildings in Lorsch only few have remained, but its heritage and significance are such that it was recognized as a UNESCO-World Heritage site in 1991.

The Abbey and its library were dissolved under the reign of the Elector Palatine Otto-Henry (1556-1559) and integrated into Heidelberg’s Bibliotheca Palatina. From there the largest surviving collection of Lorsch manuscripts was brought to the Biblioteca Apostolica Vaticana. In the later medieval period, several codices were brought to the monastery of Arnstein.  Four of these are now in the British Library. 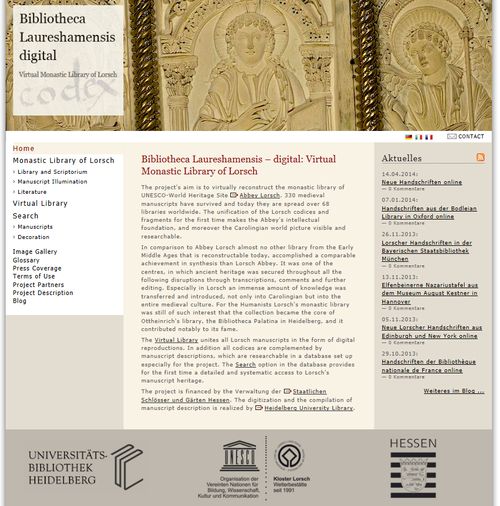 Based on the work of two German palaeographers, Bernhard Bischoff (1906-1991) and Hartmut Hoffmann (1930), more than 300 manuscripts from the Abbey can be identified, now in 13 countries.  The online reconstruction of the library collection is a cooperation project by Heidelberg University Library, the Verwaltung der Staatlichen Schlösser und Gärten Hessen and the UNESCO-World Heritage Site Abbey Lorsch. The project Bibliotheca Laureshamensis digital was launched in 2010 and will be completed in 2014, the 1250th anniversary of the foundation of the Abbey (in 764). The aim of the project is to unite virtually all of dispersed manuscripts in one online platform and thereby make this remarkable collection once again accessible and researchable. Alongside the digitization, on the website all of the codices are fully described and can be searched in a separate database. 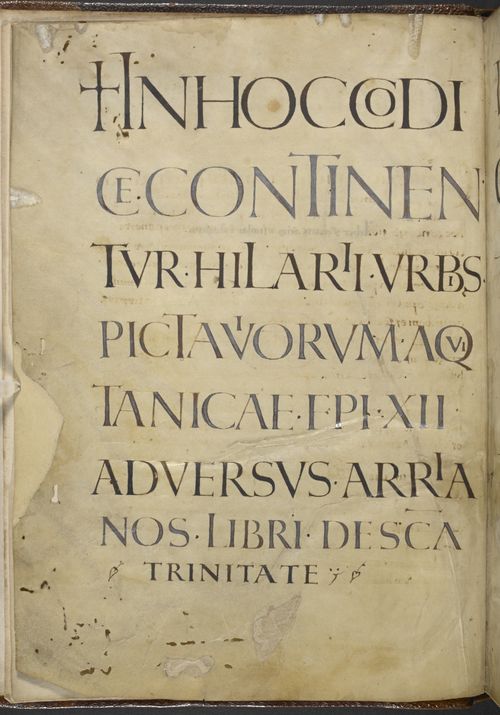 All of the British Library’s Lorsch manuscripts are theological texts, including exegetical tractates by Church fathers from late Antiquity, as well as by the Anglo-Saxon Bede, and Theodulf of Orléans. Two other manuscripts were added to the list of Further Manuscripts:  the fragment Arundel MS 501, fol. 13, which was ascribed to Lorsch by Nigel F Palmer, and Cotton MS Vespasian D V, ff. 155r-156r, which contains a poem by Henry of Avranches on Starkenburg castle, which was a property of the abbey in the 13th century.

A full list of the manuscripts recently uploaded is below, along with links to their digital versions on the Bibliotheca Laureshamensis site.  These manuscripts have also been included in the British Library's Digitised Manuscripts portal, and can be found there by searching on the main page.

What blows me away is the script...hard to believe this was not printed. Quite incredible. My first thought was: what typeface is this?