English Fourteenth-Century Illuminated Manuscripts in the British Library: a Conference

The British Library is pleased to announce an AMARC conference to celebrate the launch of Lucy Freeman Sandler’s book Illuminators and Patrons in Fourteenth-Century England: The Psalter 'Hours of Humphrey de Bohun and the Manuscripts of the Bohun Family.  Details are as follows: 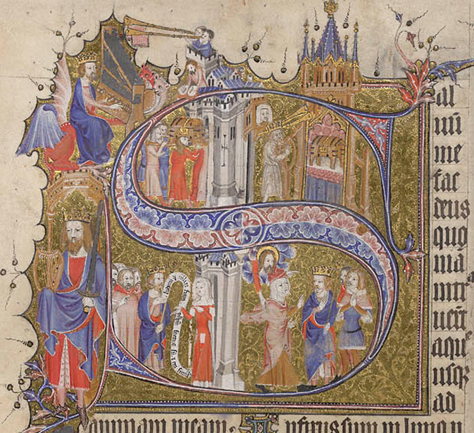 To register, send a cheque made out to AMARC to Kathleen Doyle, Curator of Illuminated Manuscripts, The British Library, 96 Euston Road, London NW1 2DB.  Foreign delegates may register and pay on the day.  Places limited to 80.

Interesting to notice the 'grotesques' hint at the same goofiness as those in Luttrell - not all that scary at all!