Work continues on the Greek Manuscripts Digitisation Project, generously funded by the Stavros Niarchos Foundation and others.  In July we uploaded 24 new manuscripts, adding to our previous totals.  We hope you enjoy paging through our newest manuscripts!  Details are of course below: 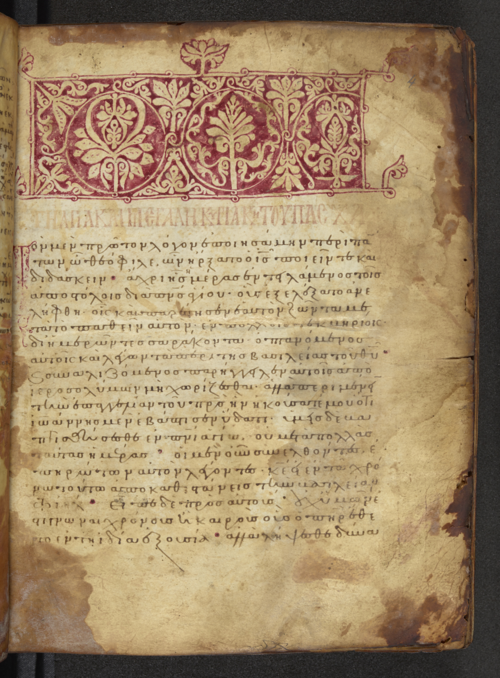 Decorated headpiece from a Lectionary of the Acts and the Epistles, Add MS 29714, f. 4r Add MS 37007, Gospel Lectionary with ekphonetic neumes (Gregory-Aland l 1495=[l 459]=[l 1205]), with illuminations of the four Evangelists.  13th century, owned by and likely created at the Monastery of St Nicholas in Pentrochonte, north of Berat, Albania. 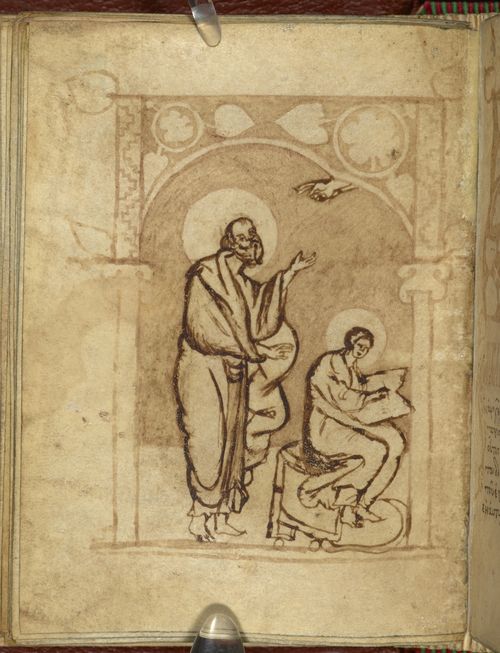 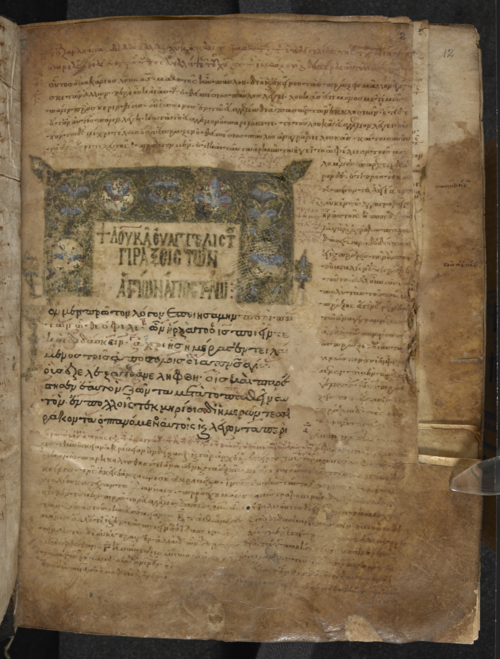 Add MS 39599, New Testament, Acts and Epistles (Gregory-Aland 911 [formerly 227ac., 282p.]; Scrivener act. 217 and Paul. 235; von Soden ο29), with ekphonetic neums, lection notes, and a marginal commentary. The volume also contained Revelation, which was cut out by the Hegoumenos of the Karakallou Monastery, and which is now bound separately as Add MS 39601. The missing portion of the Catholic Epistles, now lost, may have been cut out at the same time.  11th century. 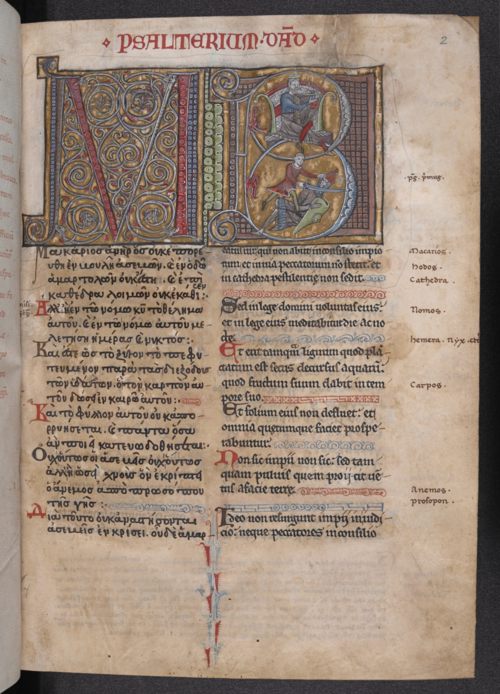 Add MS 47674, Psalter and Canticles (Rahlfs 1062), with parallel Latin text, and 8 pairs of illuminated initials (historiated at the beginning of the Latin text).  1220s, Paris. 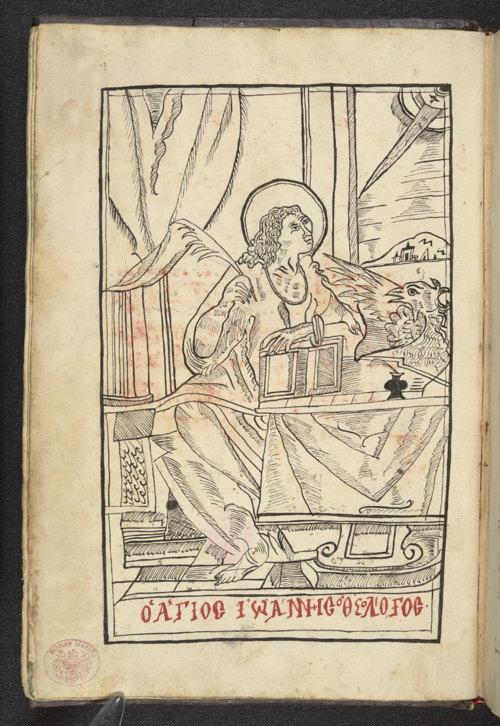 Portrait of the Evangelist John and his eagle, at the beginning of a Gospel lectionary, Add MS 47774, f. 1v

Add MS 47774, Gospel lectionary in Modern Greek in the translation of Maximos Kallioupolites (d.1633), whose New Testament was printed posthumously in 1638. Pen drawings of the four Evangelists, in its original binding.  17th century, possibly created in the Balkans.