The 2014 Panizzi Lectures - The Giant Bibles of Twelfth-Century England

Why – and how – were very large, elaborately decorated, multi-volume bibles made during the twelfth-century in England?  We are very excited that Dr Christopher de Hamel will be coming to the British Library to consider these and many other questions in the 2014 Panizzi Lectures.  The lectures will take place in the Conference Centre on Monday 27th and Thursday 30th October and Monday 3rd November, 6.15pm-7.30pm.  Entry is free, but the event is not ticketed, and seats will be allocated on a first come, first served basis – so keep the dates free and get here early! 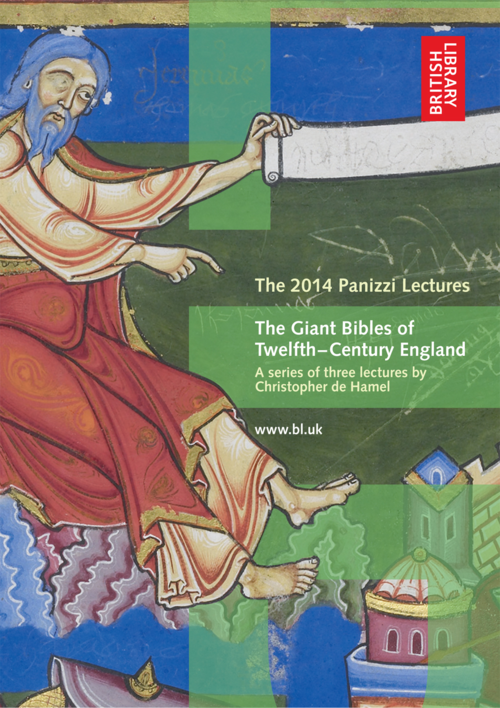 In each lecture, Dr de Hamel will be taking a closer look at three outstanding examples of this kind of manuscript – the Bury Bible, the Winchester Bible and the Lambeth Bible – using evidence of their decoration, codicology and provenance to explore why these large and incredibly expensive books came into and fell out of fashion within a single century.  Further details about the lectures may be found on the British Library website. 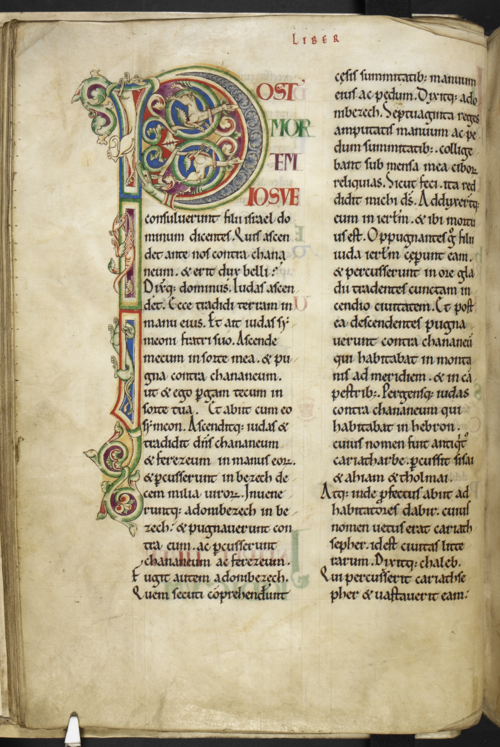 The British Library possesses several examples of giant twelfth-century bibles.  Here are a few to whet your appetite for the forthcoming lectures.  An outstanding example from England is the Rochester Bible. 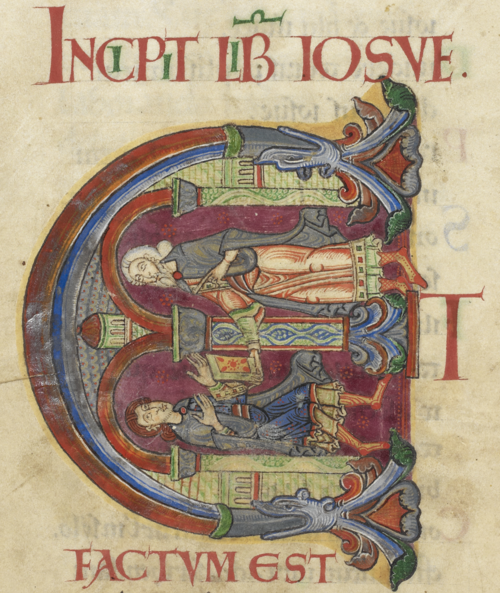 Detail of a historiated initial ‘E’ showing Moses giving the book of the law to Joshua, at the beginning of Joshua, Royal MS 1 C VII, f. 2v

It is remarkable for containing the earliest English Romanesque examples of historiated initials (large letters that incorporate narrative scenes relating to the text), including this rather odd example where the scene has been orientated sideways in order to be accommodated within the letter E.  The manuscript was almost certainly made for Rochester Cathedral during the second quarter of the twelfth century, and it matches the description of a five-volume Bible given in a catalogue of Rochester’s books made in 1202.  One other volume is known to have survived and is now Baltimore, Walters Art Museum, MS W.18. 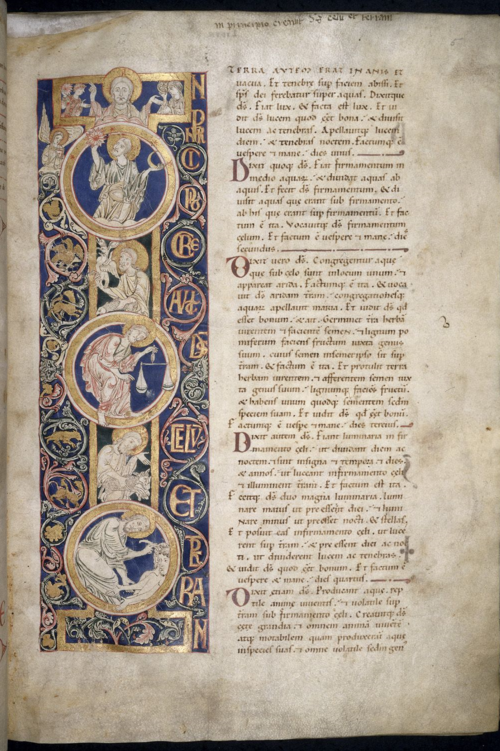 Our collections also incorporate giant bibles from around Europe; clearly, this was not a phenomenon confined to England.  The two-volume Montpellier Bible (Harley MS 4772 and Harley MS 4773) is an early example, made during the first quarter of the twelfth century in southern France.  Its medieval provenance is unknown, but the manuscript is so named because it was given to the Capuchin monastery at Montpellier in 1621, by François Ranchin (b. 1564, d. 1641), the chancellor of the university there. 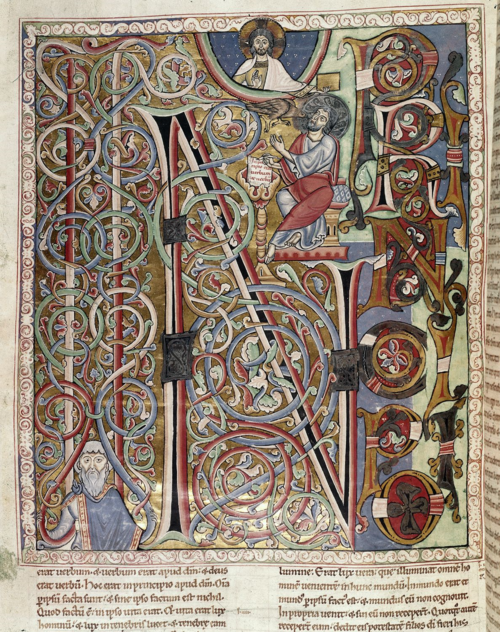 An example from Germany comes in the form of the Arnstein Bible, made for the monastery of St Mary and St Nicholas, Arnstein, in two volumes, now Harley MS 2798 and Harley MS 2799.  It was copied by a scribe named Lunandus, probably around 1172. 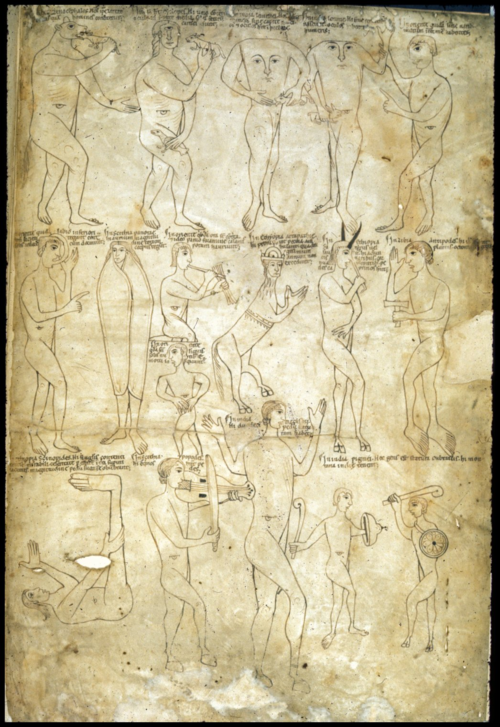 As well as the ornate, curling, foliate and zoomorphic initials typical of Romanesque illumination, the manuscript also contains some interesting additions on the endleaves, such as maps and diagrams, as well as sketches of ‘monstrous races’ thought at the time to live in faraway lands.

Detail of a miniature in two registers showing the Crucifixion and an animal sacrifice, from the Floreffe Bible, Belgium (Floreffe), c. 1170, Add MS 17738, f. 187r

The Floreffe Bible was made around the same time, for the Premonstratensian monastery of Floreffe, near Namur in modern-day Belgium.  In the second part of this two-volume manuscript (Add MS 17737 and Add MS 17738), each of the Gospels is preceded by a miniature in two registers that draws allegorical comparisons between events in the Old and New Testaments.

We hope these examples have inspired you to join us for the Panizzi Lectures 2014!