Magna Carta: be part of history

Would you like to be part of history? Next February, the four original Magna Carta manuscripts, granted by King John of England in 1215, will be united for the very first time at the British Library in London. Today, we're announcing the launch of a ballot, giving 1,215 winners the once-in-a-lifetime opportunity to see those four documents side-by-side. 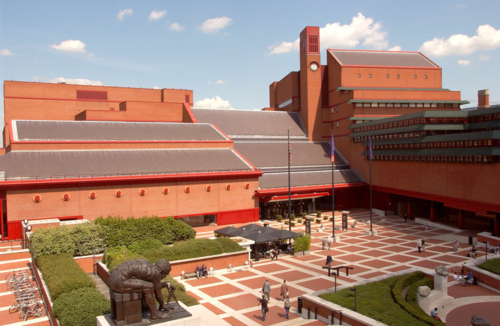 The British Library in London, home to two of the four surviving manuscripts of the 1215 Magna Carta

Magna Carta is one of the most famous documents in the world. Originally issued by King John as a practical solution to a political crisis, Magna Carta has subsequently become venerated as an international rallying cry against the arbitrary use of power, and as a guarantor of individual liberties. Magna Carta has influenced the drafters of many constitutional documents (including the United States Declaration of Independence and the Universal Declaration of Human Rights), and three of its clauses remain on the English statute book, including the most famous, which states that:

'No free man shall be seized or imprisoned, or stripped of his rights or possessions, or outlawed or exiled, or deprived of his standing in any other way, nor will we proceed with force against him, or send others to do so, except by the lawful judgement of his equals or by the law of the land. To no one will we sell, to no one deny or delay right or justice.'

Once King John had agreed to the terms of Magna Carta in June 1215, copies were drawn up for distribution throughout England, most probably to be sent to the bishops for safe-keeping. Four of these original documents still survive, two of which are kept at the British Library, one at Lincoln Cathedral and one at Salisbury Cathedral. 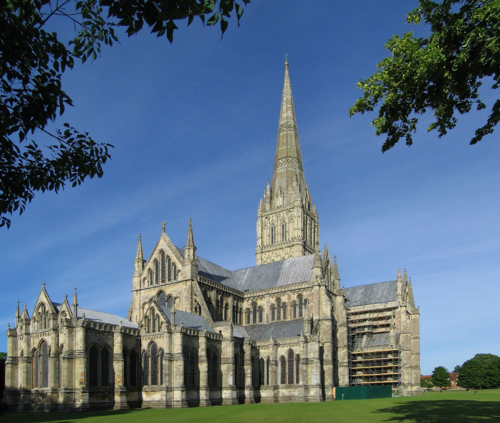 Salisbury Cathedral, home of one of the four surviving manuscripts of the 1215 Magna Carta

2015 marks the 800th anniversary of Magna Carta. To kick-start that year of international celebrations, the British Library, Lincoln Cathedral and Salisbury Cathedral are inviting 1,215 people to see these four Magna Carta manuscripts together for the very first time, for one day only (Tuesday 3 February 2015).This will be part of a special event at the British Library, sponsored by Linklaters, the global law firm, and including a separate opportunity for academics working on the Magna Carta Project (sponsored by the Arts and Humanities Research Council) to study the manuscripts in close detail.

So here's what you need to know. The ballot to win tickets to this event goes live today. It's free to enter, and the ballot will remain open until 31 October, after which the winners will be selected at random. In addition to being given this once-in-a-lifetime chance to view the four Magna Carta manuscripts in one place, the winners will be given a special introduction to the history and legacy of Magna Carta from historian and TV presenter Dan Jones. They will also each receive a special edition Magna Carta gift bag containing free passes to each of the upcoming exhibitions at the British Library, Lincoln Cathedral and Salisbury Cathedral, plus a Certificate of Attendance, inscribed with the winner’s name and sealed in wax with a special stamp created to mark the day.

Following the unification, the four Magna Carta manuscripts will return to their home institutions to be displayed as part of the 800th anniversary celebrations. The British Library's own exhibition, Magna Carta: Law, Liberty, Legacy, runs from 13 March to 1 September 2015, and separate exhibitions will be held at Salisbury and Lincoln Cathedrals. 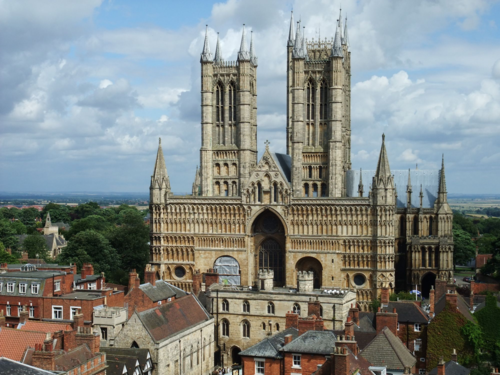 Lincoln Cathedral, home of another of the four surviving manuscripts of the 1215 Magna Carta

If you want to learn more about the background to Magna Carta, you can now also visit the British Library's new Magna Carta webpages.

Good luck to everyone who enters the ballot. We look forward to meeting the lucky winners on 3 February, and if you're not lucky this time round, we'd be delighted to see you at our respective Magna Carta exhibitions in 2015.

Posted by Ancient, Medieval, and Early Modern Manuscripts at 6:00 AM