A New Year, A New Giant List of Manuscript Hyperlinks

Here’s an update of all the manuscripts that have been published to Digitised Manuscripts by the Ancient, Medieval and Early Modern Manuscripts Section here at the British Library.

We publish these lists every three months: January, April, July and October.  According to the list, we now have 1220 manuscripts and detached bindings available to view online in their entirety (at the last count, it was 1111, so we’ve been busy!).  It’s a great tool for exploring the collection, so enjoy! 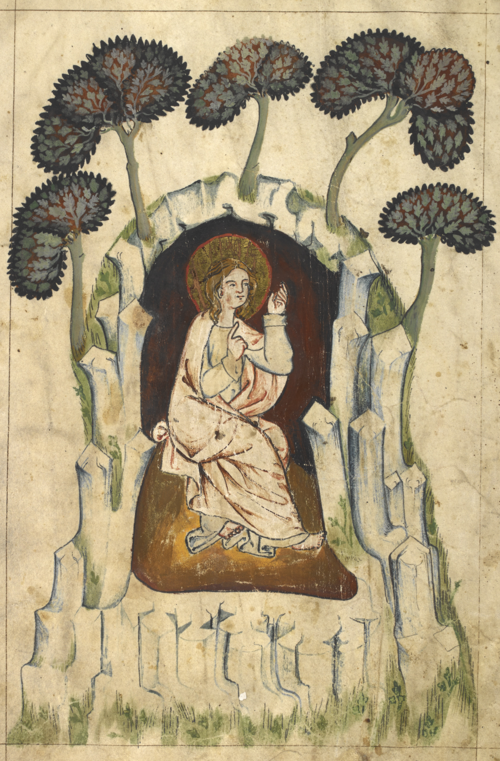 Detail of a miniature of St John sitting in a cave on the island of Patmos, from a German Apocalypse, early 14th century, Add MS 15243, f. 2v