Today, for the first time in history, the four surviving 1215 Magna Carta manuscripts have been brought together. This is a truly historic occasion: not once in 800 years have these documents been in one place, because they were written over a period of weeks in June and July 1215, and dispatched to their medieval homes as soon as they were written. 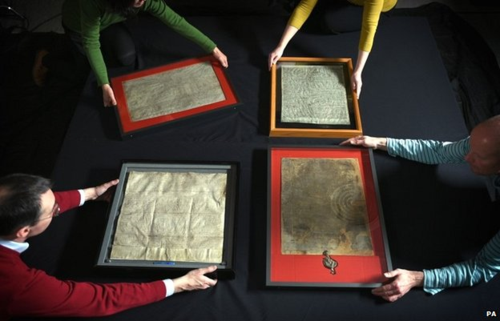 You may recall that, last October, we offered 1,215 members of the public the opportunity to win a ticket to see these manuscripts side-by-side, in an event sponsored by Linklaters, the global law firm. The response was overwhelming -- we received more than 43,000 entries, from countries as far afield as Algeria, Bolivia, The Gambia, Hong Kong and the Turks and Caicos Islands. The British Library, Lincoln Cathedral and Salisbury Cathedral would like to thank everyone who entered this public ballot for showing such interest in our event, and for helping us to start this year of global commemorations of the 800th anniversary of Magna Carta. Congratulations if you were one of the lucky winners -- we regret that entry to this event is limited to those with tickets only. 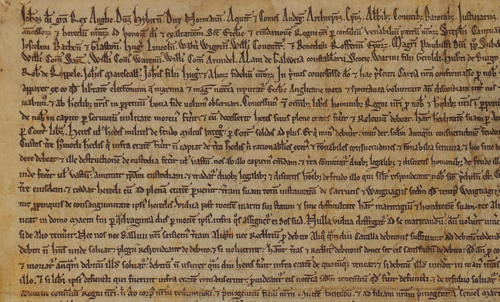 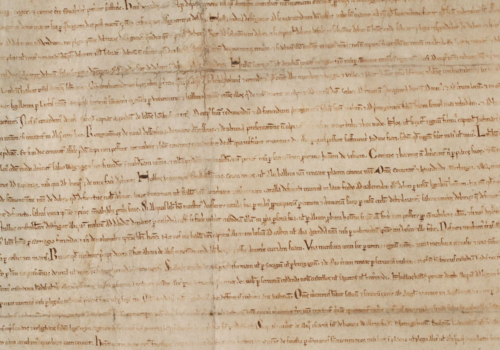 One of the British Library's 1215 Magna Carta manuscripts, reputedly found in a London tailor's shop in the 17th century 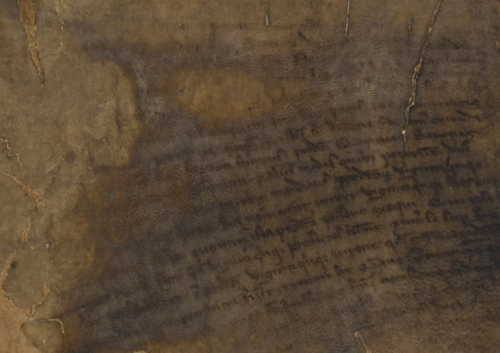 The British Library's other 1215 Magna Carta manuscript, kept at Canterbury Cathedral in the Middle Ages but damaged by fire in the 18th century

It was amazing to have the chance to see all four copies together, thank you.

I was also very impressed with the dedicated reenactors who kept us all entertained and informed as we queued - who were they?

Thank you for your kind words. They were from a company called Griffin Historical, and they made everyone's day. http://www.griffinhistorical.com/