The Anglo-Saxon Origins of Medieval Justice

Our major Magna Carta exhibition is now open in London, but for those of you who can't come to the British Library in person, over the coming months we're going to showcase some of the exhibits on this blog. You may imagine that our story starts in the years immediately before the Great Charter was granted in 1215; but in fact the earliest items in our exhibition pre-date the Norman Conquest of England ... ‘No free man shall be seized or imprisoned, or stripped of his rights or possessions, or outlawed or exiled, or deprived of his standing in any way, nor will we proceed with force against him, or send others to do so, except by the lawful judgment of his equals or by the law of the land. To no one will we sell, to no one deny or delay right or justice.’

So reads the most famous clause of Magna Carta, still valid in English law. But what do we know about the concept of justice before the 13th century?

The earliest surviving Anglo-Saxon law code was actually issued around the year 600 by King Æthelberht of Kent (r. 560–616), and was written in Old English. Meanwhile, the Bible provided models for good Christian kingship, as demonstrated in this 11th-century manuscript of the Hexateuch (the first 6 books of the Bible), on show in Magna Carta: Law, Liberty, Legacy. 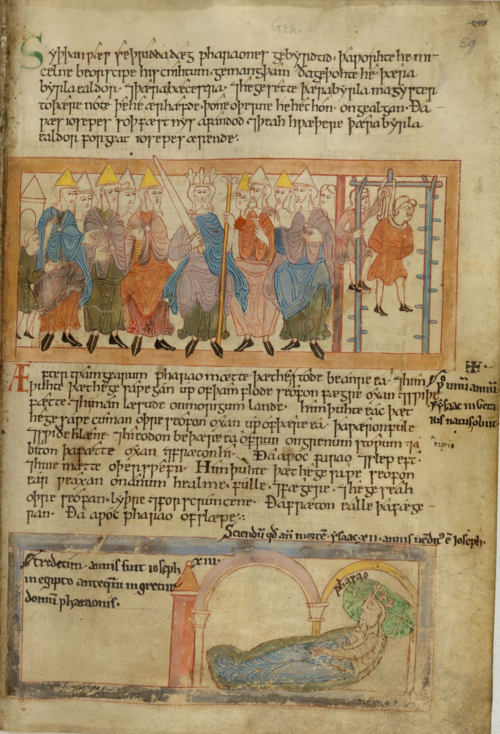 Here is the biblical story of Pharaoh sentencing his chief baker to be hanged (Genesis 40:21-22). However, the 11th-century artist has dressed the figures in costumes of his own day: the king in the centre, holding a sword and a sceptre or rod, is surrounded by his counsellors; the condemned man, on the right, is being strung from the gallows. According to a 14th-century catalogue, this beautifully illustrated manuscript was kept in the monastery library at St Augustine’s Canterbury on the first shelf of its first bookcase. You can see this page in our Magna Carta exhibition, and the whole manuscript can be viewed on our Digital Manuscripts website.

The Ten Commandments were a particularly important model for the drafting of Anglo-Saxon law codes. They are referenced in the laws of Alfred the Great (r. 871–899) and formed part of the preface to his law book, grounding the secular laws in biblical precedents. God’s law is also specifically referenced in the longest Anglo-Saxon law code, which begins with the line, ‘I desire that justice be promoted and every injustice suppressed, that every illegality be eradicated from this land with the utmost diligence, and the law of God promoted’. This was issued by King Cnut (r. 1016–1035) with the advice of his counsellors. The text was drafted by Archbishop Wulfstan of York (d. 1023), and one of the eight surviving medieval manuscripts containing the text was produced in either York or Worcester in the 11th century. It was probably owned by the archbishop himself, and may contain his own annotations. 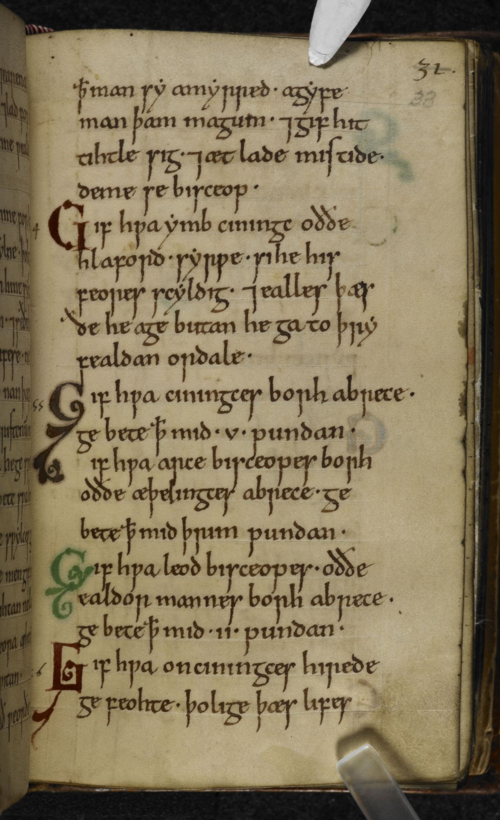 This item is also on display in our Magna Carta exhibition. When you see it in person, you realise that this pocket-sized book was deliberately made to be easily portable, perhaps by Archbishop Wulfstan himself.

It's quickly apparent that the concept of justice in medieval England was firmly established before King John came to the throne. We'll review why Magna Carta came to be granted in some of our later blogposts (look out for them on Twitter, @BLMedieval with the hashtag #MagnaCarta).