In June 1934 a major historical pageant was held on the water-meadow at Runnymede, to raise money for local hospitals and charities. Advertised as a celebration of English democracy, the pageant engaged some 5000 actors, 200 horses and 4 elephants, who over eight days performed eight historical scenes, the centrepiece being a recreation of the sealing of Magna Carta. (Apparently the elephants were withdrawn at the last minute.) 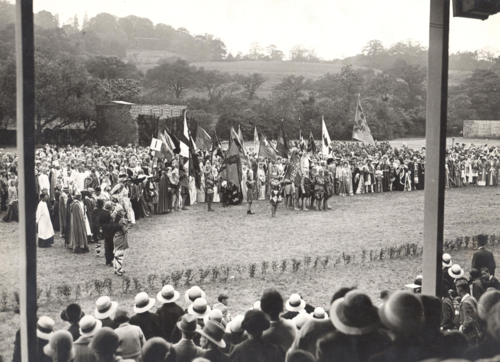 Directed by the noted theatre producer Gwen Lally (d. 1963), the spectacle was patronised by the Prince of Wales (the future King Edward VIII) and was attended by dignitaries including the Lord Mayor of London, Lord Athlone (the former Governor-General of South Africa) and the Duke and Duchess of York (the future King George VI and Queen Elizabeth). The organisers produced a colourful booklet which described each scene and raised money for the Pageant's beneficiaries. 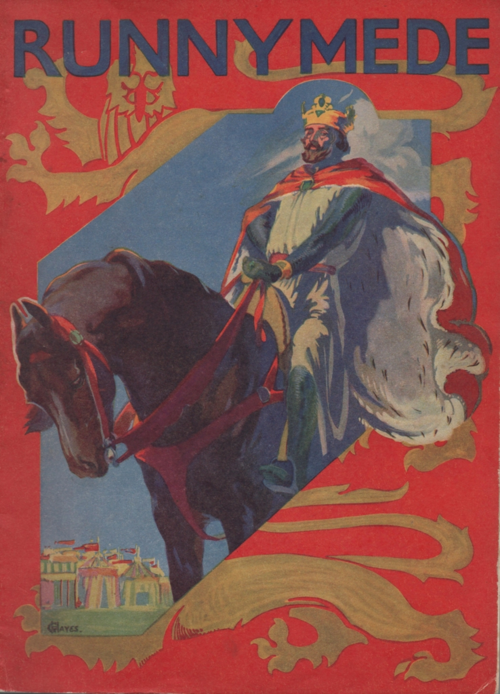 The front cover of the Pageant booklet (Egham Museum B869)

The local community of Egham played a major part in the production, volunteering as actors, support staff and costume designers. The outfits, some of which belong to Egham Museum and are on display in the British Library’s Magna Carta exhibition, were handmade and worn by local pageanteers, performing the part of medieval barons. The yellow and blue outfit, shown here, was worn by a Mr S. Smith playing the role of the Earl of Surrey, while the maroon tunic, representing Hubert de Burgh, Earl of Kent, was worn by his wife, Mrs Smith! 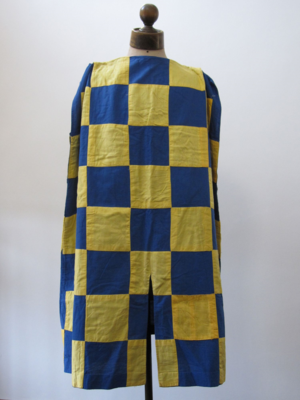 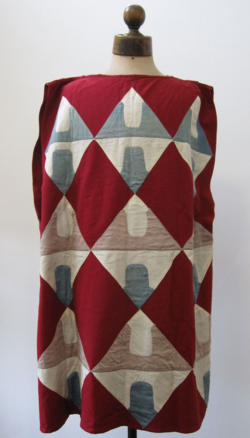 The pageant was photographed and filmed for posterity, and the surviving images juxtapose the medieval with the modern: men in trilby hats accidentally walk across the camera on some of the crucial scenes reimagining King John sealing the Charter, while still shots from backstage brilliantly show medieval female courtiers exiting from the caravan of Lady Carden, Mistress of the Robes, while boy scouts look on in the background. Behind the scenes at the Pageant (note the young girls dressed as butterflies!) (Egham Museum P1311)

Such historical pageants were not uncommon on Runnymede plain. This was one of the largest, but they were very much part of a historical movement that flourished in the early 20th century, teaching history through re-enactment. The purpose of these popular performances was to invent and reinforce a sense of national heritage and identity. However, as the photographs suggest, they were not necessarily accurate recreations of the historical events they purported to represent! 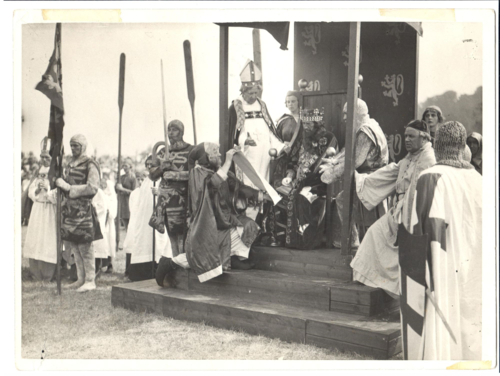 We are extremely grateful to the Trustees of Egham Museum for so kindly lending their items to the British Library for the exhibition, Magna Carta: Law, Liberty, Legacy, where they will be on display until 1 September 2015. 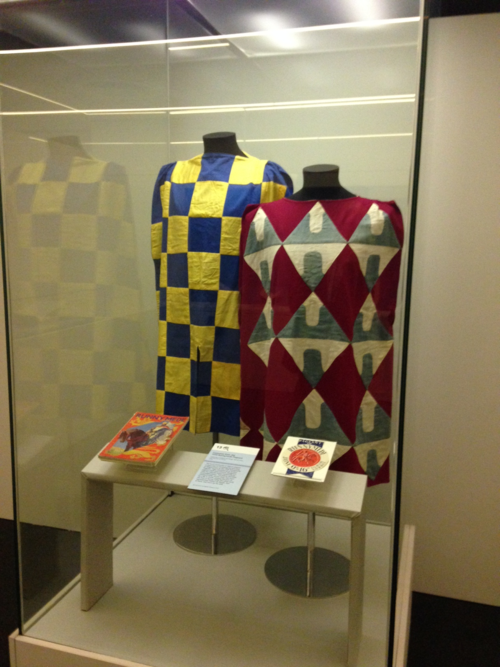