The Devil is in the Detail: A Thirteenth-Century Bible Moralisée 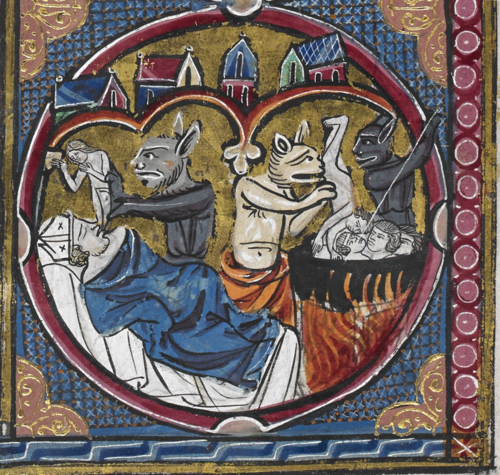 Detail of a medallion with souls being taken by demons and placed in a cauldron, from a Bible moralisée, France (Paris), 2nd quarter of the 13th century, Harley MS 1526, f. 21r

Bibles moralisées (‘Moralised Bibles’) were a source of instruction and status for the royalty of thirteenth-century France. In these intensely illustrated Bibles, the images play a more fundamental role than the text. Each page features eight medallions accompanied by a thin column of text, which together represent extracts from the Bible followed by moralisations. These incredible picture books are precursors of the Bible pauperum, which you might remember from one of our previous blog posts. 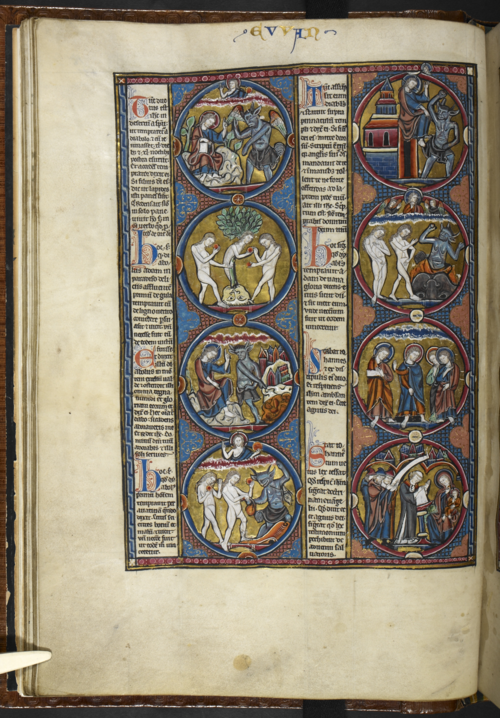 Harley MS 1526 and Harley MS 1527 form the final part of a Bible moralisée now divided between three cities: Paris (Bibliothèque nationale de France, MS latin 11560), Oxford (MS Bodley 270b) and London. Together the Paris-Oxford-London volumes cover material from almost all of the books of the Bible and feature close to 5,000 illustrations! 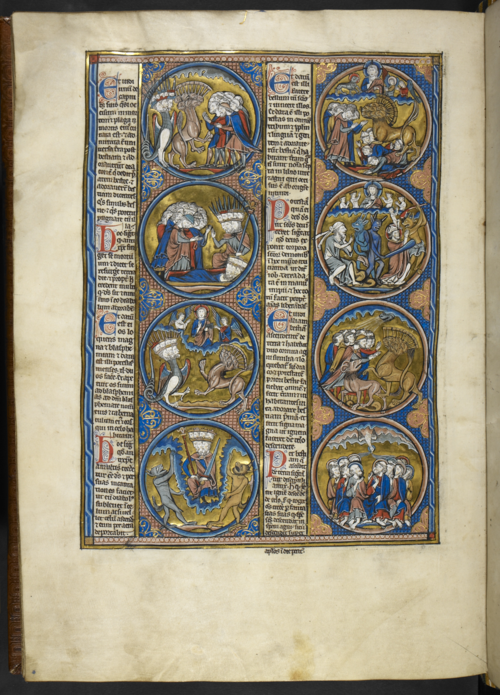 In order to edify the book’s royal owners, there are many depictions of moral transgressions to avoid, such as greed and lustfulness. In most of these images, however, the figures succumbing to sin are not members of the laic aristocracy, but misbehaving members of the clergy! 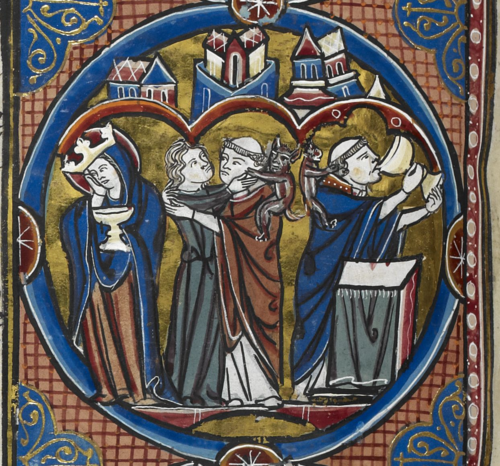 Detail of a medallion with a queen holding a chalice, a cleric with a demon on his back embracing a woman, and another sipping wine, Harley MS 1527, f. 49v 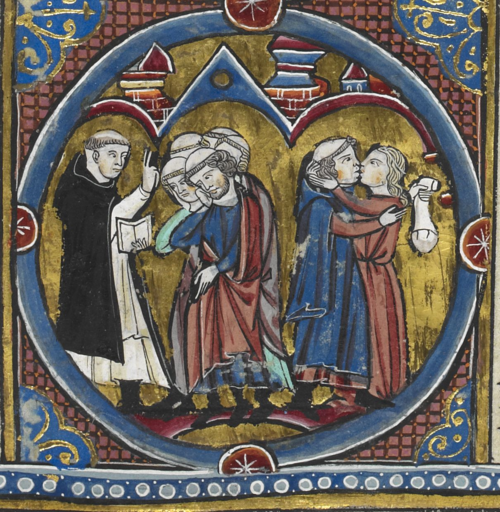 Detail of a medallion with a couple kissing whilst others listen to a sermon, Harley MS 1527, f. 95r 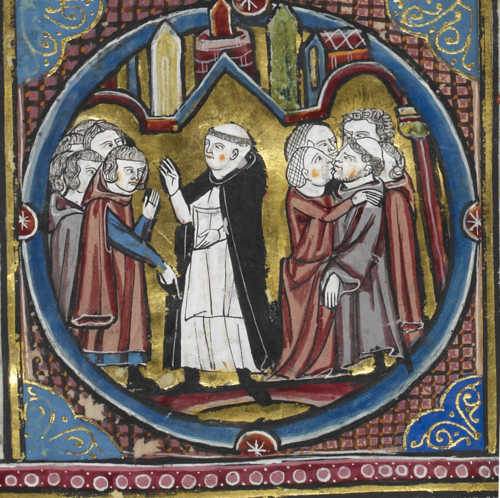 Detail of a medallion with monks being seduced, Harley MS 1527, f. 96v 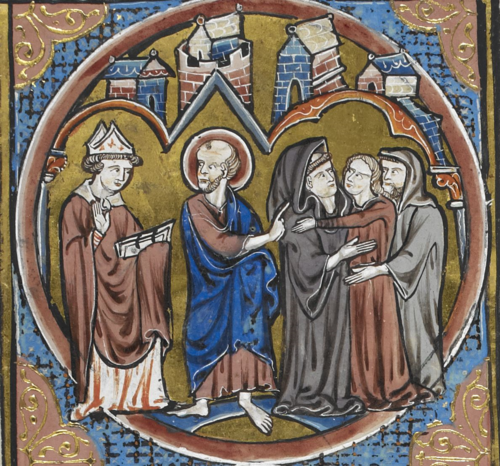 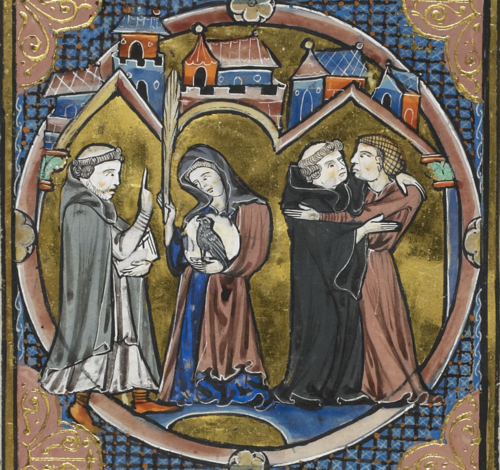