Handlist of Greek Manuscripts in the British Library

The completion of the third phase of the Greek Manuscripts Digitisation Project is as good a time as any to release to this world a handy spreadsheet containing details of the Greek manuscripts held by the British Library. The spreadsheet includes a brief description of the content and links to Digitised Manuscripts and to the Catalogue of Illuminated Manuscripts where the material has been digitised; it also notes which printed catalogue (Richard’s Inventaire or the 1999 Summary Catalogue) describes the item. Almost all the items listed are described in full on the main British Library Explore Archives and Manuscripts catalogue. Items in bold in the handlist are cared for by our colleagues in Asian and African Collections. Finally, links are included to the relevant entry on Pinakes, the important database for Greek manuscripts run by the IRHT in Paris. 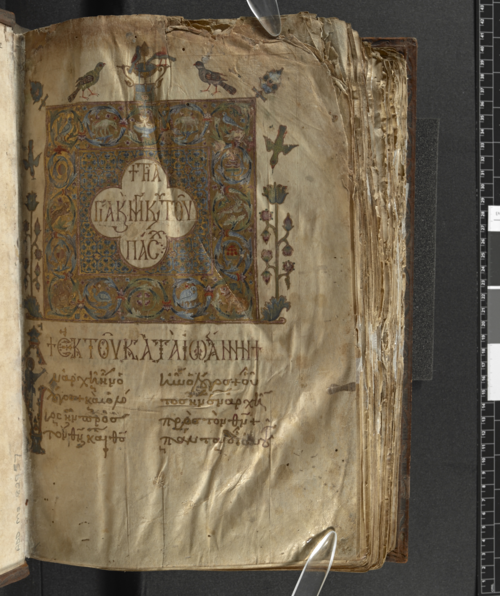 The most recent manuscript to be acquired by the British Library, Add MS 82957, f 1r. Eastern Mediterranean (Constantinople), 2nd half of the 11th century