Mongolia at a glance

Today Ulaanbaatar looks like any other capital city with its high rise buildings stretching ever upwards and its traffic either at a complete standstill or creeping along at a snail’s pace. 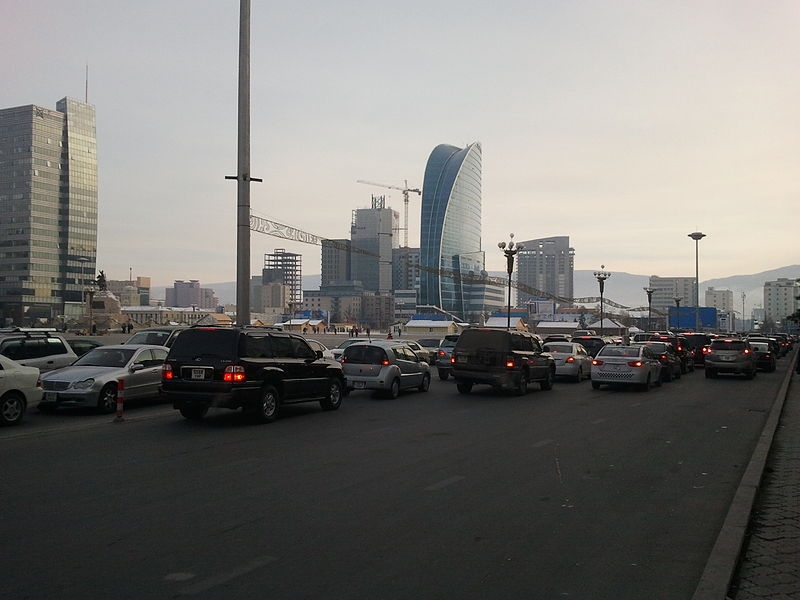 But this development has been a fairly recent one as can be seen from the captivating photographs that were digitised as part of EAP264. The images date from the 1930s to the 1950s and include various aspects of Mongolian life before the Stalinist purge of 1937-8, making this a vital resource for any historian interested in the region. 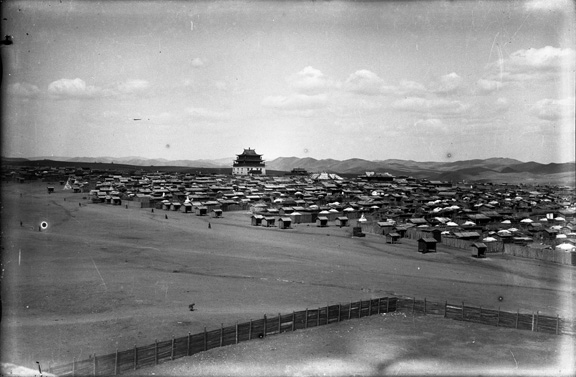 This picture shows a different part of the capital. The Megzid Janraiseg, a two storey Tibetan style temple, towers above its neighbouring buildings and yurts (‘ger’ in Mongolian). It is part of Gandantegchinlin Monastery complex and was built in 1912/13 to house a large copper sculpture that was erected in the hope that it would improve the eyesight of the 8th Jebtsundamba (Bogd Khan) the religious ruler of the country.  Sadly the copper was smelted down in 1938 and it was not until 1996 that a replacement 26.5 metre tall sculpture restored the building to its original function. 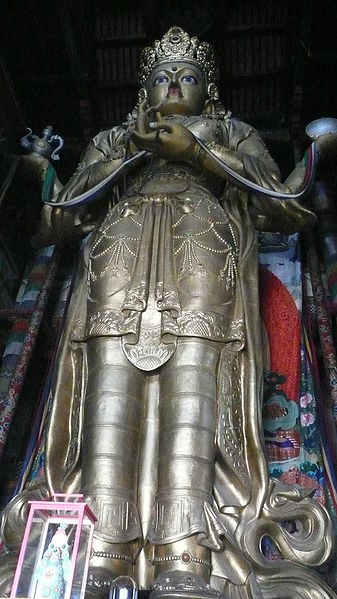 Mongolian religious architecture can be divided into different types: ‘Khiid’ a Tibetan style of monastic complex built on a mountain side; and ‘sum’ or temple influenced by Chinese architectural aesthetics.  The ‘khüree’ refers to a national style – Ulaanbaatar previously being known as Ikh Khüree or ‘Great Camp’.

During the purge, it is estimated that 2,265 monastic buildings were destroyed and between 22,000 -35,000 people killed, 18,000 of whom were monks. Close to Ulaanbaatar stood Manzushir Khiid but only its remnants remain. 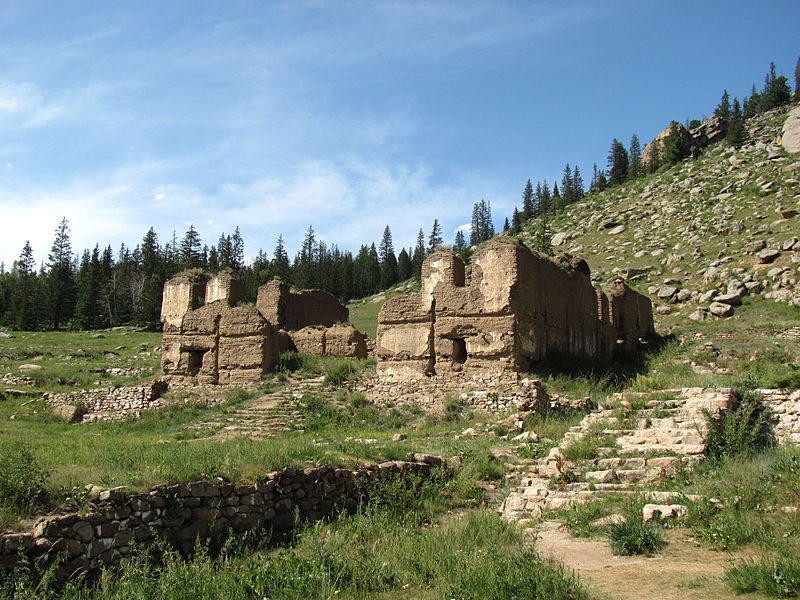 This 20th century painting by artist Jugder  shows the size of the complex and how the monastery used to look. The photograph below testifys to it having been a thriving religious centre up until the 1930s. 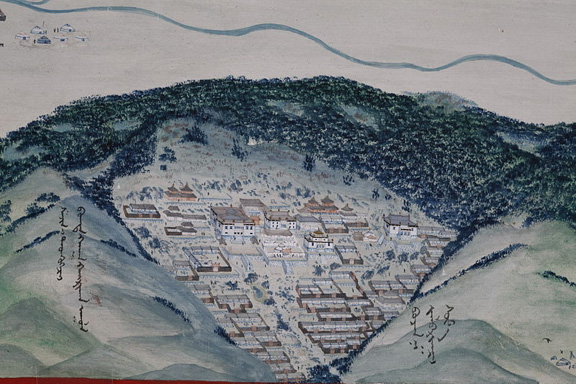 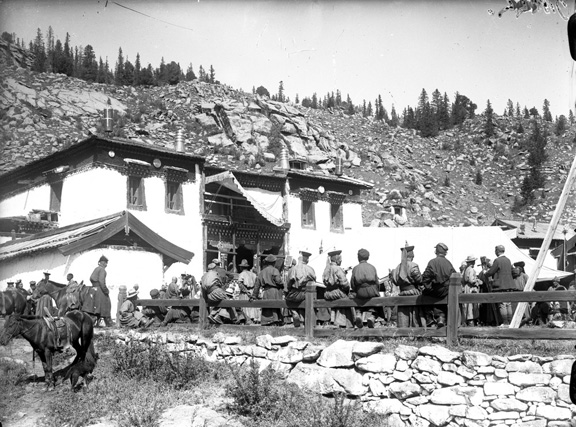 Other photographs within the collection illustrate how fascinating Mongolian religious architecture was. There were wood buildings that were influenced by the circular ger shape, others by Chinese architecture and then there was the most fascinating of all - a hybrid of several types put together. 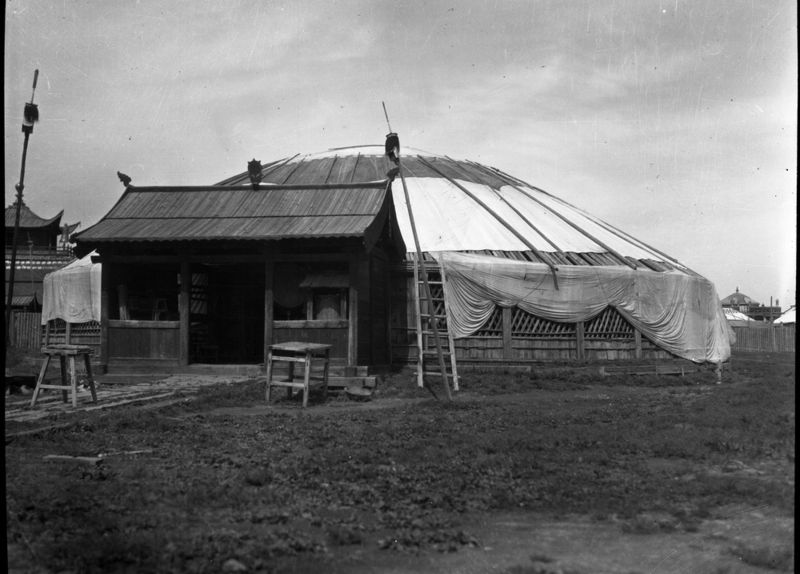 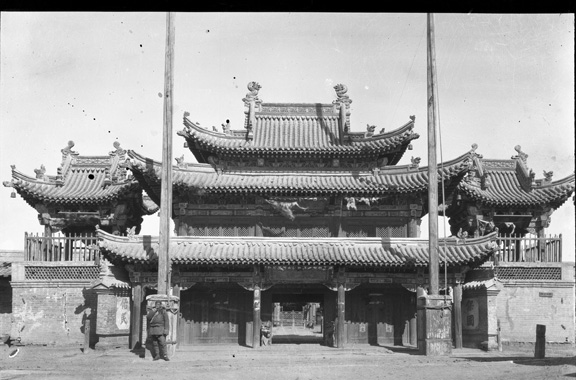 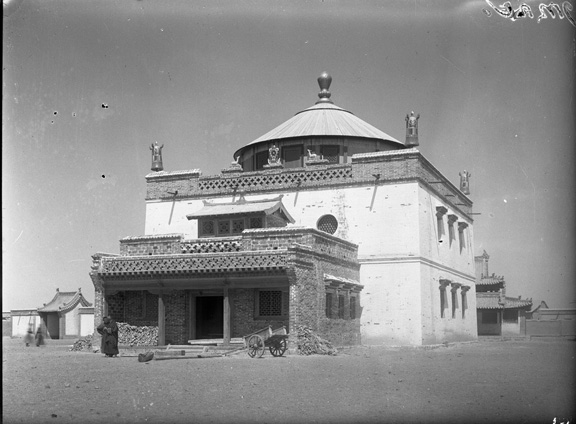 From the 1920s, modern buildings started being constructed in the capital,often in collaboration with soviet architects. By the 1940s, the buildings had a classical European style as can be seen by the photograph of the State Opera House designed by Gerhard Kozel and which still stands today. 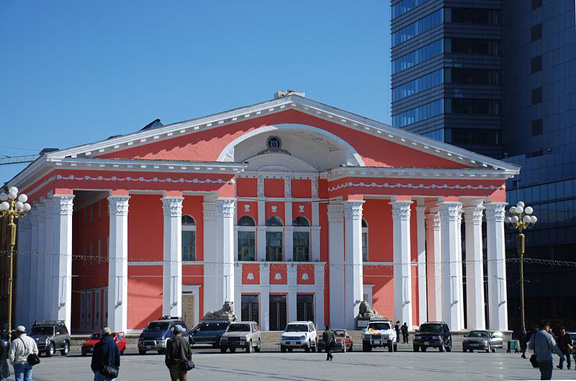 The State Opera House as it is today

By the 1950s Mongolia was producing its own architects and it was B. Chimid who was instrumental in the planning and design of the 20th century city. These two bird’s eye views of Sukhbaatar Square shows how the city centre has developed into the place it is today. 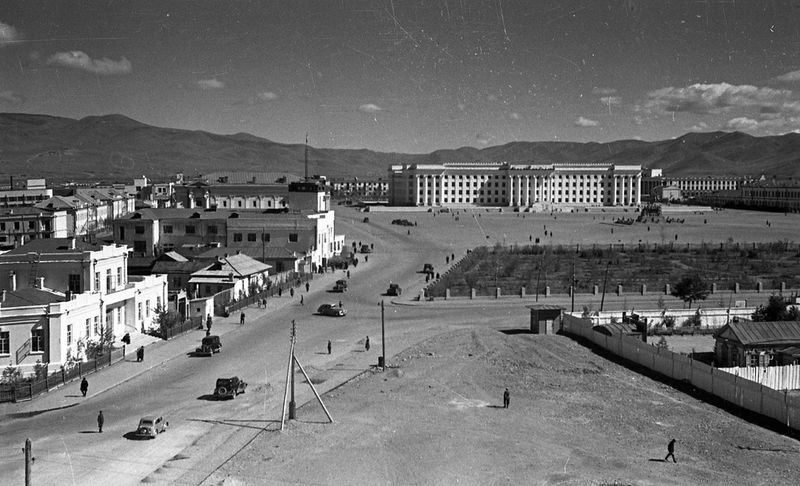 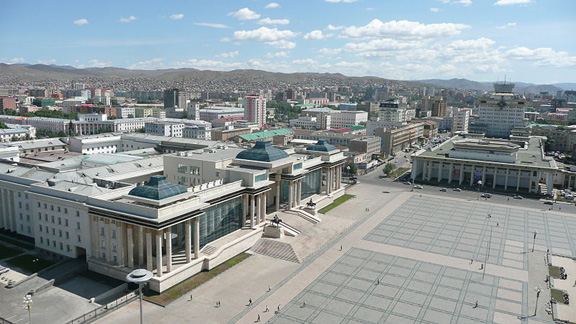 But perhaps my favourite photograph that makes up the architectural collection (and there are many, many other topics to explore) is this photograph of a branch of the Mongol Bank taken in the 1930s at Yamag, very close to Ulaanbaatar – I have a rather sad feeling that it is no longer standing. 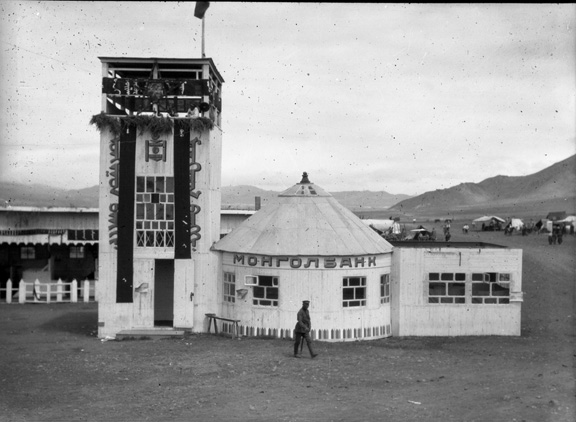 Do browse through the collection of EAP264 photographs, there are series on art and culture, festivals, the military, nature, religion - the list goes on and on.

Posted by Endangered Archives at 2:36 PM

You know its rare to see such a huge historical things from only one page. It was pretty good. I am glad. Thank you and keep it forward guys.