History at Stake! The Story Behind Vampire Slaying Kits

One particular item in the British Library's Terror and Wonder exhibition has inspired more cries of amazement, shivers of fear and gasps of delight than any other. I refer, of course, to the vampire slaying kit which is on loan to the British Library from the Royal Armouries for the duration of the exhibition. In this guest post the curator who looks after the item, Jonathan Ferguson, talks about the origins of the kits and the strange history that lurks behind them.

Above: The vampire slaying kit, on loan from the Royal Armouries and currently on display at the British Library.

As Curator of Firearms at the Royal Armouries I deal with everything from medieval hand cannon, through finely decorated works of art, to the latest military assault rifles. But some of my favourite objects are the unusual; the technological dead ends, the experiments, and the whimsical pieces. In parallel with my professional interest in arms and armour is a fascination with the paranormal, though I am not myself a believer in its objective reality. As much as I grew up with Dracula, Ghostbusters and Beetlejuice, I am by nature a sceptic, tending toward the debunking of extraordinary claims. It was in this capacity that I came across my first 'vampire killing kit' on the internet some seven years ago. It was essentially a cased Victorian percussion pistol with accoutrements for loading; so far, so typical. However, this also included a hammer, stakes, a crucifix, and other classic tools of the fictional vampire slayer. It purported to be 19th century in date, but was rather obviously of recent manufacture. Nonetheless, it attracted a lot of interest and intrigue online. Looking into it, I discovered that there were many more of these kits (over 100 are known to exist), and many of them quite professionally made and wholly antique in appearance.

I decided to use my museum training to investigate these unusual pieces, in particular those labelled as having been created by a 'Professor Blomberg'. It is usually stated that these, and vampire kits in general, are late-Victorian novelties or souvenirs, sold to tourists travelling to eastern Europe in the wake of the publication of Dracula in 1897. Some sellers and media outlets even claimed that they were made for believers in vampires, for self-defence purposes. I suspected that they were indeed novelty items, but were rather more recent than many believed. I conducted a survey of the folklore surrounding 'real' vampires, that is, dead bodies exhumed by a troubled community and ritually 'killed' as scapegoats for whatever malaise might be affecting people. Nowhere was there evidence to support real vampire slayers carting about one of these kits. I persisted, revisiting the fictional stories and movies of my childhood and beyond, noting the development of the various ingredients in the typical vampire killer's toolbox. It became clear that the 'Blomberg' kits, with their focus upon silver bullets, were very unlikely to have existed prior to about the 1930s at the earliest. Though constructed from antique boxes and contents, they were most likely not produced until the era of the classic Hammer vampire movies. Other kits are harder to pin down in terms of date and could be older, but there is as yet no evidence of this. 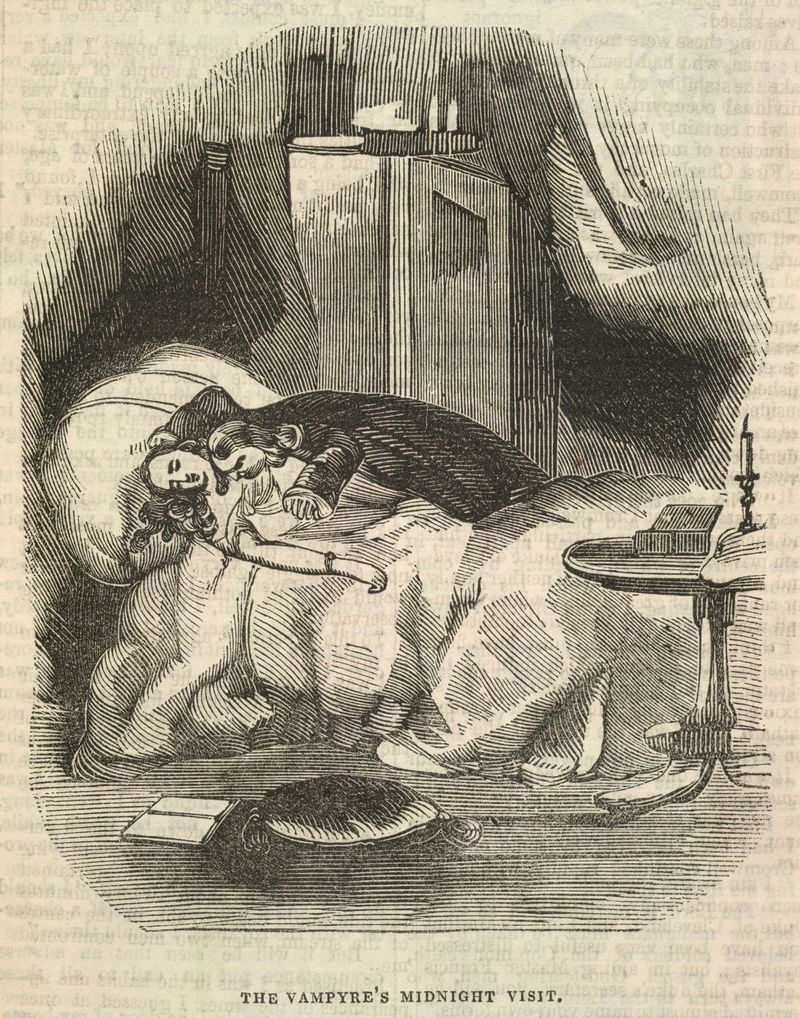 Above: An illustration from Varney the Vampire; or, The Feast of Blood (1845 - 47). Varney was actually susceptible to bullets, but would be revived by moonlight. The situation with Count Dracula was rather different.

To some this might come as a disappointment, or even as a reason to decry the kits as fakes as some do. Would-be buyers should certainly not purchase under the apprehension that they are buying a Victorian antique as my own research has shown. So why acquire such an object regardless? Museums do collect deliberate fakes as comparators and for their own artistic and cultural merit, yet vampire kits are not fakes per se, because there is no evidence of a Victorian original. In the case of historical artefacts for which the original does not survive, we will also display reproductions. In this case, there very likely isn't an original. Self-defence against the supernatural was for many in history (and indeed today) a matter of life and death, but the weapons they used were ephemeral. The wooden stakes, guns, and agricultural implements that they attacked vampires and other revenants with either no longer survive, or have lost their provenance and are unable to tell us their story.

So, if they're not fake, and not reproductions, what are they? The answer is that they are 'hyperreal' or invented artefacts somewhat akin to stage, screen or magician's props. They can also be regarded, and indeed have been sold as, pieces of modern art. Formerly the preserve of art galleries and of course libraries, contemporary collection is now also a staple of museum collecting policies. Our profession collects the artefacts of modern war, of medical science, communications technology, even of people's pastimes. 'High art' in the form of contemporary artworks has been joined in museum collections by 'low art' props fabricated for our favourite movies and plays, just as Twilight takes its place next to Dracula in the British Library's stacks. Curators and visitors alike now recognise that objects do not have to be ancient to be interesting and important, as the Were-Rabbit also displayed as part of Terror and Wonder shows! Such immediate and intriguing pieces can also attract new audiences to our respective fields; in the case of the Royal Armouries, that of arms and armour. For all these reasons, we at the Armouries sought to acquire the vampire killing kit that you can now see on display at the British Library. 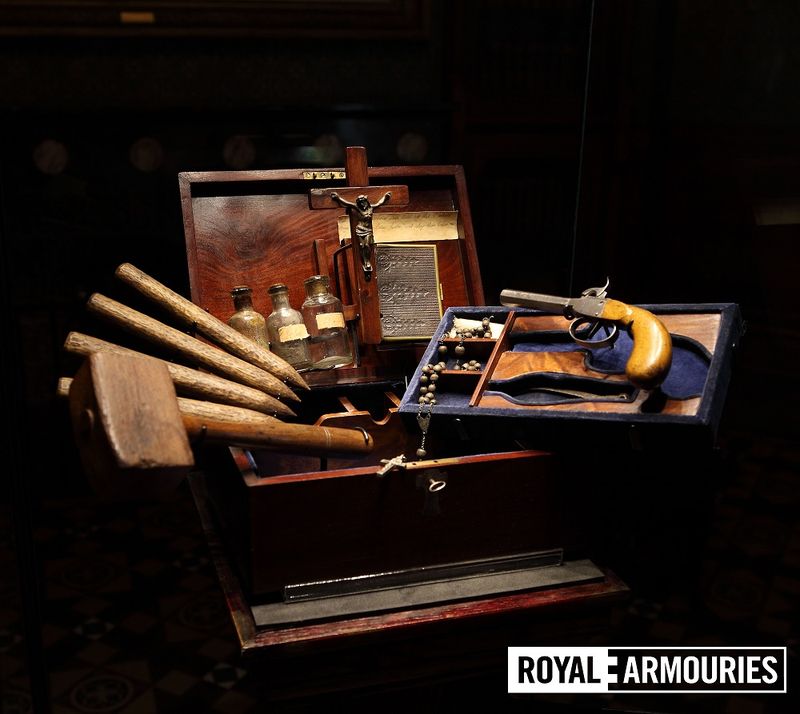 So, although I had set out to 'debunk' their very existence, I came to realise that these enigmatic objects transcend questions of authenticity. They are part of the material culture of the gothic; aspects of our shared literary and cinematic passions made physical. Lacking any surviving artefact of vampirism either folkloric or fictional, fans of the gothic had created one to fill the gap. So whilst we at the Armouries still plan to scientifically test our vampire kit, and there is the possibility that it's early rather than late 20th century in date, for me the outcome has almost become moot. Vampire killing kits are genuine artefacts of the Gothic fiction that still provides sustenance to our most beloved monsters.

The vampire slaying kit will be on display at the British Library until 20th January 2015. There's an opportunity to learn more about vampires as depicted in Victorian literature via our Discovering Literature website. Also, on the British Library's website, you can help conserve a classic Gothic novel for future generations via Adopt a Book and discover more about our series of Terror and Wonder Gothic Events to tie-in with the exhibition.