What's in a name, or How Gothic is Goth?

From the outset the curators of the Terror and Wonder exhibition were determined to devote a significant amount of space to the goth subculture. In order to make sure we got the story right we turned to Pete Scathe for advice. Pete is the unofficial historian of the early days of Goth and his website is an invaluable source of information. He regularly DJs in the Portsmouth area and you can follow him on Twitter @petescathe. Here Pete explains the relationship between goth and Gothic.

Over time, meanings of words can change, shift and expand. With the words 'goths' and 'Gothic', not only have the meanings been expanded by application to what we now call the goth scene, but the scene itself was changed by having the word applied to it. 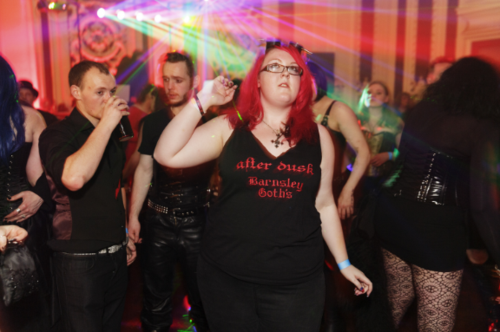 An image from Martin Parr's series of Whitby Goth photographs

The early goth scene began as an offshoot from punk, and one early term applied to it was 'positive punk'. This never caught on - it was too much of a mouthful, even when shortened to 'posi-punk'. And the implication that it was superior to punk meant that the old punks would never be happy using it. Fortunately a term then came along that they were happy to use, and they were soon moaning about 'hordes of bloody goths' - not so much an exciting new subculture to them, more of a vexing infestation.

Exactly how the goth/Gothic tag got applied to the emerging subculture is a complicated story (for which see my website) but the term immediately caught on, as it fitted the scene far better than 'positive punk'. The questions are how much 'Gothic' there was in the scene before it acquired the tag, and how the scene changed as a result of acquiring the tag.

Selection of goth items on display in Terror and Wonder

For most early goth bands, Gothic wasn't necessarily something to be taken seriously, it was something to be occasionally plundered for imagery, fun and maybe the odd song idea (it helped that Gothic imagery looked good in black and white, and black and white record covers were cheaper to print). Certainly the original goth club, the Batcave, used Gothic imagery in a deliberately tongue-in-cheek way – Ollie Wisdom from Specimen, one of the Batcave founders, was a dead ringer for Frank N. Furter from The Rocky Horror Show.

The early goth scene was vibrant, exciting, and based around following a cluster of excellent live bands that fostered a tribal sense of identity. Early goth gigs were lively events, and the usual dancing style was 'chicken dancing', which involved flailing elbows (the decidedly more sedate 'Gothic Two Step', where goths in flowing dresses walked back and forth on the dancefloor amidst billowing clouds of smoke, was a later invention that I first encountered in Leeds in the mid 80s). The look of these early goths was a mix of existing punk/new wave fashion, their own DIY look and styles influenced by bands, notably Siouxsie and the Banshees, Bauhaus and (later) Specimen. 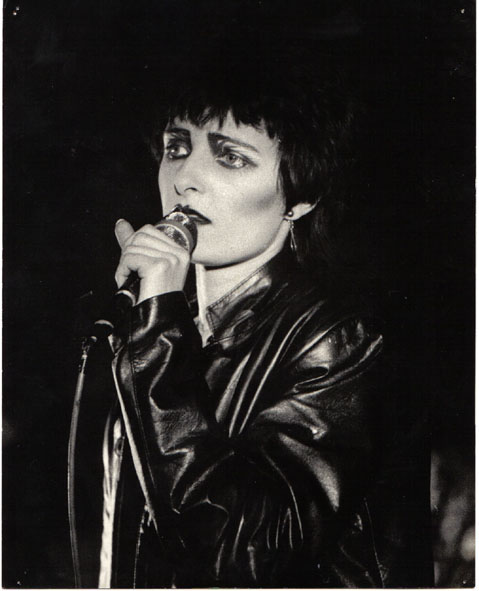 The gothic punk look became a more glamorous (and often androgynous) monochrome style that had its roots in the fetish/bondage side of early punk but may also have owed something to the imagery of black and white films, like Theda Bara in Cleopatra. Indeed, most of the Gothic influences in the early scene seem to have come through the medium of film, TV, imagery and cliché rather than Gothic literature.

There were literary influences in the early scene, but these were rarely directly Gothic. Literary influences tended to be decadent, transgressive and non-mainstream rather than straightforwardly Gothic. The Whip LP, a collaboration between several early goth bands, was inspired by D M Thomas's The White Hotel, a novel about mental disturbance, sexual fantasies and the Holocaust, whereas The Cure referenced Albert Camus and Blood & Roses referenced Aleister Crowley.

Outside literature, their interests were widespread. Bauhaus, probably the most Gothically-inclined of the early bands, also sang about the likes of Nijinsky or Antonin Artaud, whilst Southern Death Cult were obsessed with Native American imagery. The Banshees sang about everything from multiple personality disorder to Dada photocollages.

The Gothic was one of several interweaving strands in the early goth bands, alongside a personal/introspective side, as typified by the early 80s Cure or Danse Society, an arty/dramatic side, as typified by Virgin Prunes or Sex Gang Children, and a sort of glam/camp Gothic as typified by Specimen or Alien Sex Fiend. Of these, the arty/dramatic strand was probably the strongest, and was one of the reasons that so many of the early goth bands were so good live. The downside of this was that the bands could be seen as pretentious, and certainly were by a lot of the media. It didn't help that goth bands were far less likely than punk bands to sing about social issues, and 'goth' became a term of abuse in the music press.

Most bands in the early scene were completely bemused by this goth tag. It was understandable that the likes of Bauhaus and Alien Sex Fiend would be tagged goth, but other bands in the scene (like Danse Society) acquired the tag simply by having a similar look, sound and followers. As goth became a clearly defined scene, it started to acquire 'subcultural rules', as had happened with other scenes, and this is where the 'Gothic' tag started to make a difference. The original bands hadn't been influenced by the Gothic tag, except sometimes in trying to distance themselves from it, but newcomers to the scene often tried to fit in and be accepted by being Gothic. The look changed from the earlier spiky fetish glam look to something decidedly more elegant, and many new goth bands dropped energetic tribal drumming (and often drummers) in favour of something slower, more atmospheric and more Gothic. Members of one later goth band stated that the early goth bands hadn't been that Gothic and that they themselves were determined to be more Gothic, thus illustrating the power of the tag (the early bands hadn't, of course, been trying to be Gothic as they had no idea that they were goth bands!).

This obsession with being Gothic sometimes turned into a game of 'gother than thou' that rendered the scene terribly vulnerable to media satire and gave it an embarrassing reputation, but it also meant that many new goths, in trying to be Gothic, began to show an interest in Gothic films and literature. Some had entered the scene because of an existing inclination towards that sort of thing, but it's likely that the existence of the goth scene both intensified and in some cases created a new interest in the Gothic. 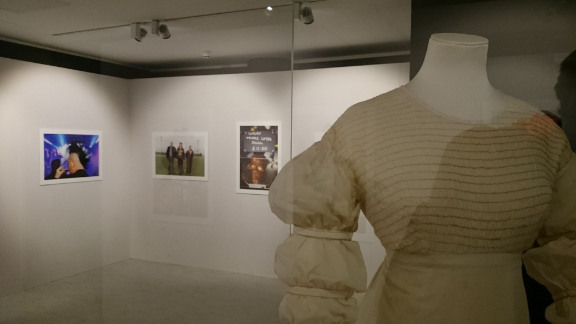 The Whitby Goth display in Terror and Wonder

It's hard to say exactly what effect this had, but certainly the goth scene tended to appeal to arty and creative people, many of whom then went to work in the media and creative industries. Whilst for a long time many of them might have denied ever being goths and thus avoided anything overtly Gothic, the influences were certainly there and it's possible that today's media culture is that little bit more aware of the Gothic thanks to the 80s goth scene.

Terror and Wonder: the Gothic Imagination is open until January 20th. For more information (including opening times during the festive period) and to book tickets please visit the website