Who was the first Shakespearean actress? 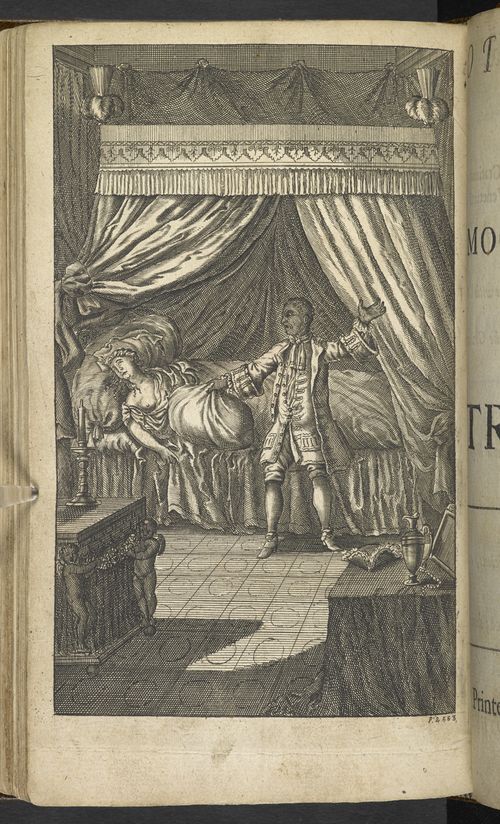 Othello and Desdemona in The Works of Mr William Shakespear (1709)

‘I Come, unknown to any of the rest

To tell you news, I saw the Lady drest;

The Woman playes to day, mistake me not,

No Man in Gown, or page in Petty-Coat;’

These were the words that introduced the first Shakespearean performance by a professional female actor on 8 December 1660. Prior to that date all the female roles in Shakespeare’s plays had been performed by boys or men, but when Charles II was restored to the throne he broke the long-held taboo against women’s public performance and brought England in line with France and Italy who had already been appreciating women’s talents (or at least their figures) for some time. So who was the woman who took to the stage for that historic performance of Othello? Who was the first female Desdemona? Frustratingly (yet sadly not surprisingly) no one thought to record her name.

On display for the first time in our new exhibition, Shakespeare in Ten Acts, you can see the prologue speech that was delivered to the audience on that winter’s night in the hastily-converted tennis court that served as a theatre for Sir Thomas Killigrew’s company. Written by actor and playwright Thomas Jordan, the prologue pretends to profess that women can be performers and also figures of virtue, but the underlying insinuation that must have been patently obvious to the audience was that women were there as objects for the male gaze. ‘Have modest thoughts of her’ pleads Jordan, ‘pray do not run/To give her visits when the Play is done’. This line was no doubt delivered with a knowing nod and a wink, acting as an open invitation to the gentlemen in the audience to flock backstage after the play. And indeed, this was the beginning of a hard-to-shake tradition whereby men could pay four shillings to go behind the scenes and see the actresses dressing. The diarist Samuel Pepys records availing himself of this opportunity and being taken into Nell Gwyn’s dressing room where he found her ‘all unready’ and ‘very pretty, prettier than I thought’. This unseemly tradition was commented on disparagingly by the 18th century gossip columnist ‘Mrs Crackenthorpe’ and you can also see her article from The Female Tatler on display in the exhibition.

Whilst the introduction of women was billed as an attempt to ‘civilize the Stage’ in response to disquiet about men cross-dressing as women (tantamount to homosexuality in some eyes), the real truth was that women were encouraged to perform because they were good for business. Their presence on stage opened the way for new interpretations of Shakespeare’s heroines and for the creation of new roles in adaptations of Shakespeare, but they were also at the mercy of their male managers who exploited them for profit. Pleasingly, many of them fought back and negotiated hard for their rights and we’ll be blogging more about their stories next week.

And who was the first woman to perform Shakespeare? You can see from the photograph below that Jordan’s prologue speech has been annotated by someone who mistakenly guessed her identity as one Mrs Norris – mother of the comic actor Henry ‘Jubilee Dicky’ Norris - though in actual fact Norris was a member of the rival theatre company run by Sir William Davenant. Margaret ‘Peg’ Hughes has often been identified as the woman in question but in Elizabeth Howe's excellent book on The First English Actresses (CUP, 1992) she suggests that it is more likely to have been a young actor by the name of Anne Marshall, a talented leading lady who excelled in both comic and tragic roles. Samuel Pepys saw both Hughes and Marshall perform and commented on them in his diary. He described Hughes as ‘a mighty pretty woman, and seems, but is not, modest’. Anne Marshall, according to Pepys, ‘played most excellently well as ever I heard woman in my life’ when he saw her in Dryden and Howard’s The Indian Queen in 1664. She often performed alongside her sister Rebecca, but the details of her life are sketchy and her marriage to the actor Peter Quin has led to much confusion due to the similarity between her married name and that of Nell Gwyn who performed alongside her in the same company. In the course of our research for the exhibition, portraits in which Marshall had previously been identified as the subject turned out to be misattributions when we looked closer, until it seemed as if the harder we looked, the more the supposed facts dissolved leaving us with very little to go on. Nevertheless, this is a story that deserves to be told and you can find out more about the lives of the first Shakespearean actresses in Shakespeare in Ten Acts which continues at the British Library until 6 September (book here for tickets).

The difficult thing about displaying books in an exhibition is that we can only show you a couple of pages at a time, so below is the prologue speech from Thomas Jordan's A Royal Arbor of Loyal Poesie (London, 1664) in its full glory, together with the epilogue spoken at the end of the play. You can also hear me being interviewed on the subject in this Woman’s Hour podcast. The book to accompany Shakespeare in Ten Acts features Hannah Manktelow’s essay ‘The Legacy of the First Female Desdemona’ and is available now from the British Library Shop, or you can read more about Shakespeare and gender on our Discovering Literature website. Many thanks to Hannah for conducting the research which underpins this part of the exhibition. 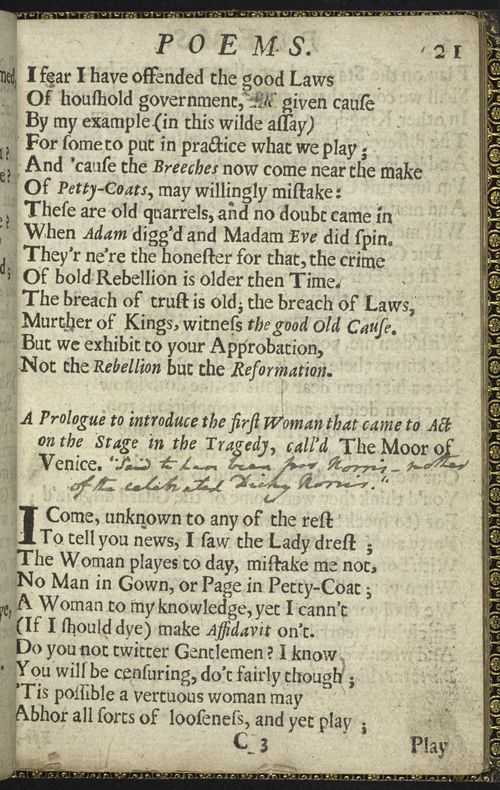 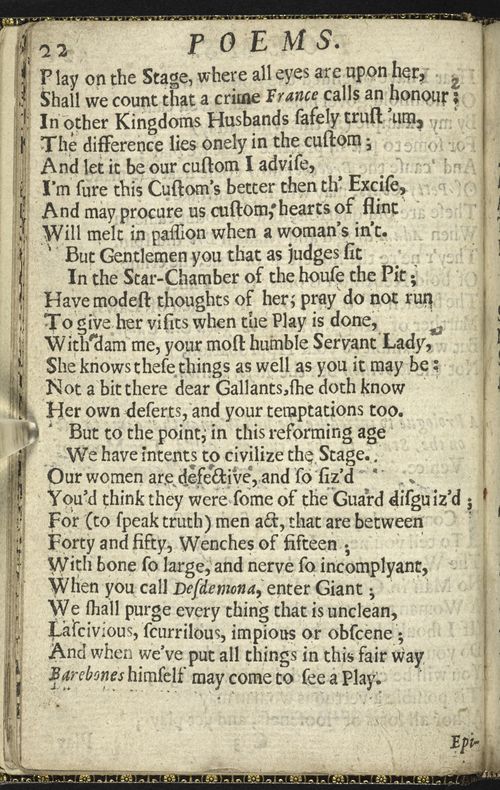 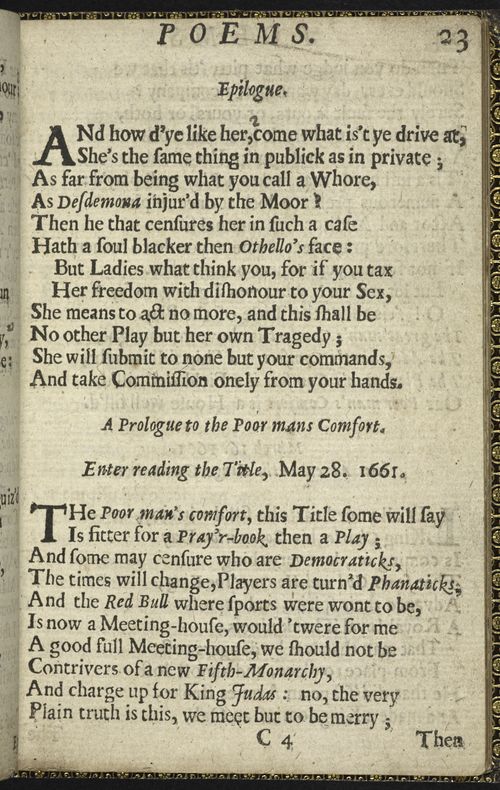