As many of you may be aware, the British Library has been successful in attracting £1.1 million in funding from the Arts and Humanities Research Council (AHRC)  for the Italian Academies Project  administered and organised jointly with Royal Holloway, University of London, and in the second phase of the Project, with the added collaboration of a third partner, the University of Reading.

The Project entails the cataloguing and digitisation of the British Library’s rich and extensive holdings of Italian books produced by the Italian Learned Academies in cities including Padua, Bologna, Siena, Naples, Venice, Rome, Mantua and in the principal cities in Sicily where academies were present - Palermo, Messina and Catania, from the period 1525 to 1700.

As is to be expected from a Project of this nature, a myriad of very disparate  subjects and fascinating material, especially illustrations often consisting of original engravings or etchings, can be identified when making this material available to a wider audience through digitisation. Two exciting recent discoveries made by one of the team, Dr Lorenza Gianfrancesco, which are true discoveries, since art historians appear to have been little aware of their existence, is the work of two female engravers working in Venice, Naples and Rome in the seventeenth century.

That female engravers were engaged in this craft, a difficult art and skill to acquire, is in itself, an intriguing discovery since the process of engraving is not one that is normally associated with the fairer sex at this relatively early period. Not surprisingly, very little is known about these two engravers apart from their names – Isabella Piccini (1644-1734) and Teresa del Po (1646-1713). 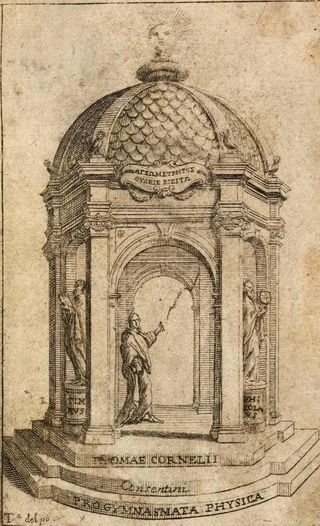 Teresa was born in Naples and Isabella in Venice. The latter learned her craft from her father Iacopo Piccini (1619?-1686) who was an important and established Venetian engraver in his own right. Teresa del Po, however, is more enigmatic. We do not know, as yet, with whom she learned the art of engraving. As was often the custom at the time, a second or third daughter entered a convent at a relatively young age, and Isabella was no exception, joining a religious order of nuns in Venice.  She continued to receive several commissions from authors and clearly from Learned Academies in Naples while a nun in the convent. 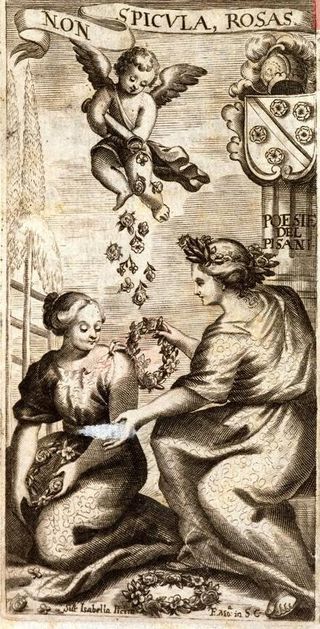 Both Teresa and Isabella were extremely talented and had learned their craft fully. They received commissions to provide engravings to accompany the works of contemporary Italian poetry, architecture and the arts in general and, surprisingly, scientific works too. Both produced works which were highly original, showed great command of the engraver’s art and produced work which can best be described as exquisite or sublime which the reader can judge from the examples illustrating this post.