Ivan the Terrible, primers, ballet and the joys of curatorship

Printing in the Old Church Slavonic language using Cyrillic and Glagolitic scripts started in the late 15th century, about 50 years after moveable type was introduced to Europe by JohannesGutenberg. The first Cyrillic printing office was established in Kraków by Schweipolt Fiol (fl. 1479-1525/6) [ ] of Neustadt. Four liturgical works originated from Fiol’s press. An Octoechos  (a liturgical book that contains a repertoire of hymns ordered in eight parts according to the eight tones)  and a Horologion (Book of Hours) were printed in 1491.

Cyrillic printing in Muscovite Russia started only in the mid-16th century on the initiative of Tsar Ivan the Terrible  and Metropolitan Makarius. From the start printing and publishing in Russia was linked closely to political agendas. In 1547 Ivan proclaimed himself Tsar, having previously borne the title of Grand Duke. The new title symbolised the divine origin of secular power, established a direct link between Russian rulers and Emperors of the recently fallen Byzantium, and was supposed to put Russia much higher in the European hierarchy of states. The change of title was supported by a number of internal reforms, including a revised code of laws (1550) and a church code (Stoglav - The Book of One Hundred Chapters) produced by a Church council called the Council of One Hundred Chapters held in 1551.

Developments in state and Church politics instigated printing. It is believed that the first Russian press (now referred to as ‘Anonymous’) operated in Moscow in 1553-1565. Although early Russian imprints lack date and place of publication, other primary sources contain information about the press and its employees. It is probable that Ivan Fedorov, who bears the title of the ‘father of Russian printing’, because he produced the first dated imprint, also worked there. Between five and  28 copies of each of the seven titles attributed to this press are known. Five different typefaces were used, but all are reminiscent of the semi-uncial handwriting originating from Moscow scriptoria. Ornaments and initials were produced from woodcuts.

The first dated book printed in Moscow in 1564 was the Apostol (Liturgical Acts and Epistles), now known in 66 copies held in libraries and archives around the world. 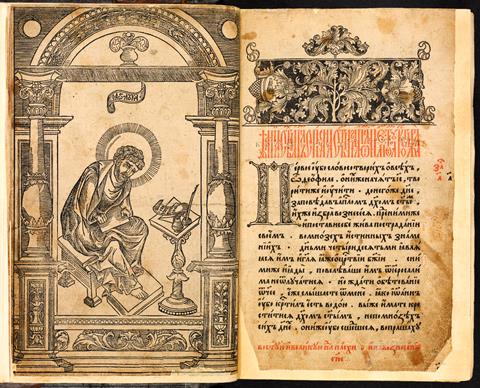 Although the book was printed at the ‘Anonymous’ press , the names of the printers are known – Ivan Fedorov  and Petr Timofeev  Mstislavets. The British Library acquired a copy of the Apostol at auction in November 1975 from the sale of the collection of the famous Russian impresario and founder of the Ballets Russes Sergei Diaghilev. 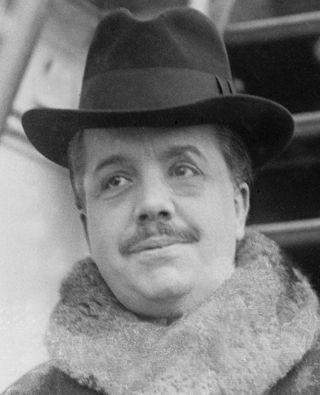 Diaghilev developed a passion for rare books towards the end of his life and between 1926 and 1929 amassed an extremely valuable collection of print rarities and autographs. As he hoped to use his collections and the archives of the Ballet Russes as a foundation for a Russian cultural centre, the French government took care of all these valuable materials. However, to show respect for Diaghilev's memory the French Ministry of Education offered his collections and archives to his close friend and younger colleague, the dancer and choreographer Serge Lifar, who bought it from the French state. Over the years Lifar carried on adding to the library, and it became known as the Diaghilev-Lifar collection. However, in the 1970s, Lifar, then in his 70s and on a small pension, could not cope with financial pressure and sold the library and the Ballet Russes archives.

Some of the books from the Diaghilev collection, however, ended up in the possession of his secretary Boris Kokhno who sold them individually. That is how the first dated book printed in Ukraine, the so called Lviv Bukvar’ (Primer) of 1574, found its way to the special collections of Harvard University Library in 1953. Apparently it was sold for only $2,000, as the seller did not fully understand the importance of this copy, which was printed by the same Ivan Fedorov, who left Muscovy for the Duchy of Lithuania where printing was privately sponsored, and subsequently moved to Lviv, where in 1572 he opened the first press on Ukrainian soil. Once the Primer became known to the academic community it became a real sensation and remained the only known copy in the world until in 1982 when Dr Christine Thomas, then Head of the British Library’s Russian and Ukrainian collections, acquired the second known copy. 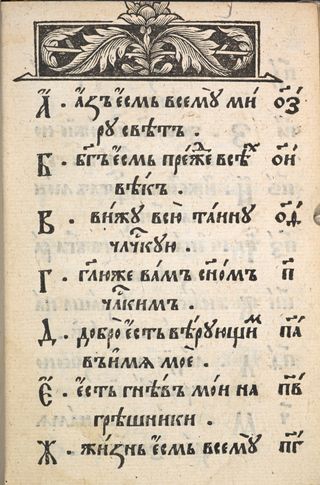