On August 10th, while looking at the daily headlines online, I spotted one commemorating the centenary of the first death on the “forgotten” Austro-Italian Front.

This was the strange death by “friendly fire” of Countess Lucy Christalnigg, a Red Cross volunteer and amateur racing driver who was shot by nervous border guards when she apparently ignored a request to stop. She was driving along the winding valley road which still runs the length of the river Soča in what was southern Austria and is now western Slovenia, very close to the Italian border. It was 13 days since the Austro-Hungarian Empire had declared war on Serbia; just a week since Italy had announced its intention to remain neutral. 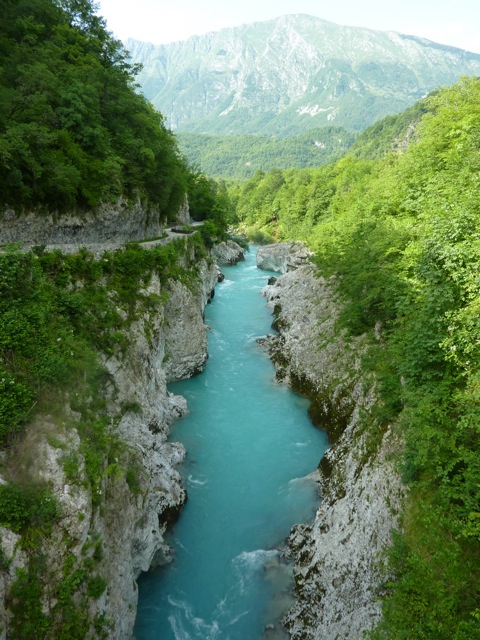 The Countess’s death is still something of a mystery: which enemy, on the border with a neutral country far from the action, might she have been mistaken for?

If the sentries wrongly took her for an Italian insurgent, they were prescient at least in their suspicions of their neighbour. In April 1915, Italy entered the war on the side of the Allied powers, who promised large swathes of Austrian territory from the Alps to the Adriatic ports in return. This led to the opening a long mountain front that ran the length of their mutual border, and saw some of the most terrible battles of the First World War, a bloodbath of ice and fire. 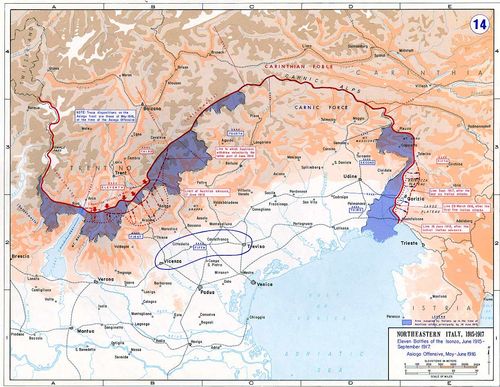 Map of the Italian Front, 1915-1917, from the History Department of the US Military Academy West Point (Image from Wikimedia Commons)

In the UK, this has been called the “forgotten” front, perhaps known only as the backdrop to Hemingway’s A Farewell to Arms, but it is far from forgotten in the countries affected. The most infamous battle was 1917’s Caporetto, whose name entered Italian idiom as a byword for disaster. Caporetto is the Italian name for the tiny town of Kobarid in Slovenia, very few miles down the same valley road from the spot where Lucy Christalnigg was killed. It was then also known by the German name Karfreit, underscoring the complexity of the area’s history. In Austria, Karfreit was the “miracle” battle.

This war cost the mainly Slovene-speaking civilian population of the area very dearly. Many were displaced to refugee camps, or fell victim to hunger, cold and disease. Once praised by the Austrian Emperor as “the most loyal subjects”, Slovene-speakers were regarded with suspicion as Slavs and subject to heavy censorship from 1914 onwards, even as they fought alongside their German-speaking compatriots to preserve the Habsburg Empire.

Italians in turn soon learned the cost of the expansionist ambitions of their government. Military discipline was homicidally brutal, and the ill-equipped invading troops suffered constant military setbacks at the hands of Austria-Hungary and its German Allies, including one young commander named Erwin Rommel. Ultimately, Italy was on the victorious side, but did not receive everything it expected at the Peace Conference, which remained a source of great bitterness to nationalists and the bereaved. 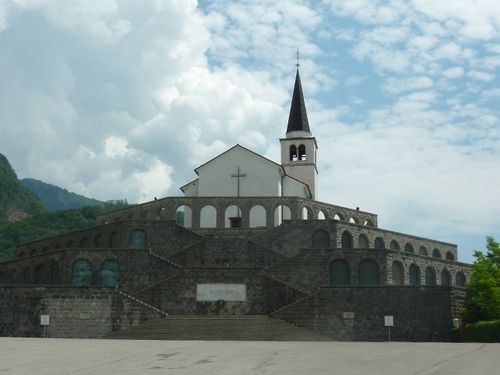 Italy did take possession of the Soča Valley (Isonzo in Italian) between the wars, subjecting the area to a relentless policy of Italianization. In Kobarid, Mussolini ordered construction of a charnel house (photograph above, by Janet Ashton) for the remains of the innumerable Italian victims of their 1917 defeat, the awful price of a few miles of mountain valley. After 1945 the area went to Yugoslavia and from 1991 has been part of the newly-independent Slovenia. It is now known as a peaceful destination for outdoor sports, popular for hiking or for kayaking the turquoise rapids of the Soča. Where there were gun placements there are campsites today, but amid the wild flower meadows and snowy peaks lie numerous reminders of the War. Kobarid is home to an excellent, non-partisan museum devoted to the victims of the battles of the Soča/Isonzo Front. From it, the Kobarid Historical Trail runs up into the mountains, taking in the charnel house and the remains of war-time fortifications. This is part of a longer way-marked trail called the Pot Miru, the Walk of Peace, which has been receiving a lot of attention in tourist publications this year, and follows the route of the Front down to the Adriatic near Trieste. It passes the open air museums of trenches and dugouts which punctuate the landscape, and the graveyards for troops on both sides.  Many of the graves have no names, as the remains of the man or boy inside could not be identified. In the village of Srpenica, a stone cross marks the spot where Lucy Christalnigg was shot. 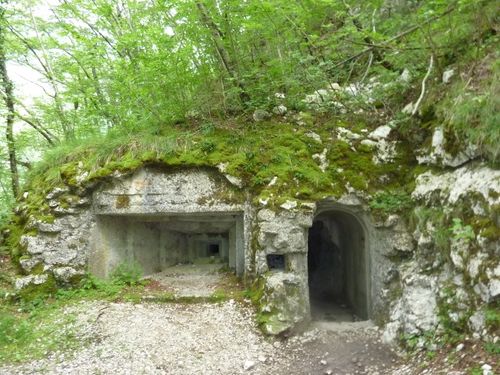 Slovenia, Austria and Italy are all participating in the Europeana 1914-1918 project, digitising objects from library collections and from the families of ordinary participants in the war to record its impact for posterity. 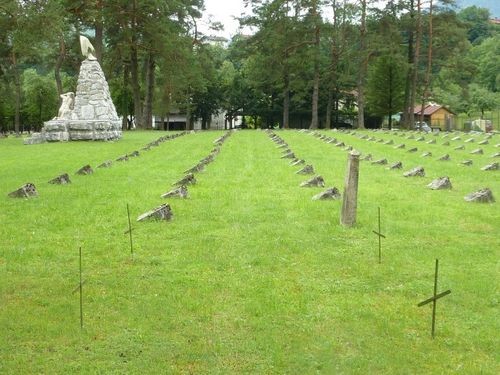 An Austro Hungarian war cemetery for the dead of the Italian Front (photo: Janet Ashton)

I am so pleased to see reference to this forgotten front (to we Brits anyway). I have visited other parts of this front and the archaeology is fantastic, and often in highly scenic locations. There are many British accounts, including those of our soldiers who fought in this battle zone. A full English language visitor guide for the area from the Stelvio Pass to Monfalcone is much needed !