A dish fit for the gods: 150 years of Offenbach’s ‘La belle Hélène’

When in the 1690s the Académie Française was rocked by the so-called Querelle des anciens et des modernes between two factions headed by Nicolas Boileau and Charles Perrault respectively, history might have regarded it as a short-lived conflict unlikely to have much lasting influence on the development of French culture. However, in a society with a long tradition of respect for classical learning and its place within the educational system, it was never completely extinguished, and continued to flare up in the most unlikely places – such as the Paris comic opera stage.

By 1858, when the restriction limiting the number of performers in such productions to three was finally lifted, Jacques Offenbach (1819-1860) had already achieved considerable success in the small theatre which he had leased at his own expense, the Salle Choiseul, to accommodate his troupe, the Théâtre des Bouffes-Parisiens, when unable to make a breakthrough at the Opéra-Comique. His tastes, though, ran towards the lavish, and once free of the previous limitations he set about engaging a cast of 20 principals and making plans to stage his latest work, Orphée aux Enfers (Orpheus in the Underworld). 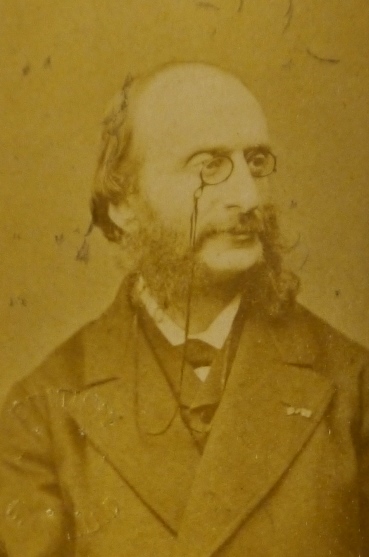 It success exceeded all his dreams, but not, perhaps, for the reasons which he had anticipated. Most unlike Monteverdi’s Orfeo or Gluck’s Orfeo ed Euridice, it presents the hero not as a noble tragic figure descending to the realm of Hades to rescue his beloved wife but as a lackadaisical violin teacher whose wife is driven distracted by his trills and arpeggios, so that her abduction by the sinister king of the underworld, disguised as a shepherd, comes as a relief to both. Indeed, it was so far removed from the marmoreal world of classical antiquity that it provoked a furious outcry in the pages of the Journal des débats and Le Figaro. No voice was louder than that of the critic Jules Janin, who accused Offenbach of making a mockery of the austere values of Roman mythology so revered by the great figures of the Revolution. Behind this, though, lay a more contemporary target for satire – no less than the figure of the Emperor Napoleon III and his court in the guise of Jupiter (familiarly tagged as ‘Jupin’, i.e. Joops) and his entourage. The notoriety, as much as the sparkling music and witty libretto by Hector Crémieux, did wonders for the box-office takings, and in April 1860 the emperor himself ordered a command performance – and presumably was not disappointed, as that year he made a personal grant of French citizenship to the Cologne-born Offenbach, followed in 1861 by the Légion d’honneur.

Inspired by this success, Offenbach proceeded to tackle another classical subject, the story of Helen of Troy, in La belle Hélène. The librettists Henri Meilhac and Ludovic Halévy showed no more respect for their theme than their predecessor Crémieux, and fell foul of the censor for their portrayal of the Grand Augur, Calchas, which was viewed as an attack on the clergy. Pompous and hypocritical, Calchas cheats outrageously while gambling, and was at one point intended to fall into the water until the censor insisted that this was taking irreverence too far. Nor do Agamemnon, Menelaus and the other heroes fare any better; they appear as a gang of ridiculous blockheads who are easily trounced by the debonair ‘shepherd’ Paris (‘l’homme à la pomme’) in a series of word-games designed to sharpen the dull wits of the Greeks. 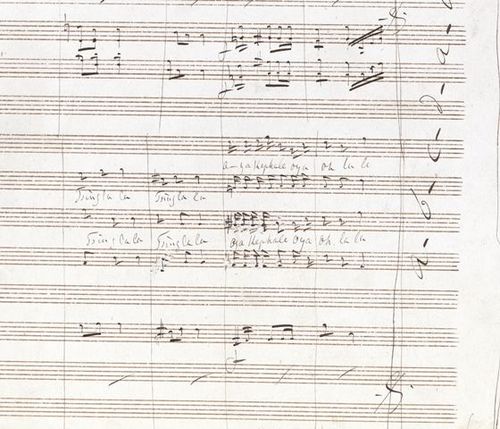 Most startlingly of all, perhaps, Orestes makes his entrance as a precocious playboy, flanked by two good-time girls, Parthénis and Léoena, dancing in to the refrain ‘Tsing-la-la! Tsing-la-la! Oyé Kephalé, Kephalé oh-la-la!’ and intent on emptying his father’s coffers in the pursuit of pleasure. The role is sung by a soprano, and its creator, the all-too-aptly-named Léa Silly, proved a major headache to Offenbach. In a situation reminiscent of Mozart’s Der Schauspieldirektor (The Impresario), a skit involving a hapless director and his two warring prima donnas which Offenbach had staged some years earlier, she antagonized the diva Hortense Schneider, a long-term star of the company who was cast as Helen, by upstaging and mimicking her, dancing a cancan behind her back as she sang a major aria, and so enraging Schneider that she threatened to quit not only the production but Paris altogether. 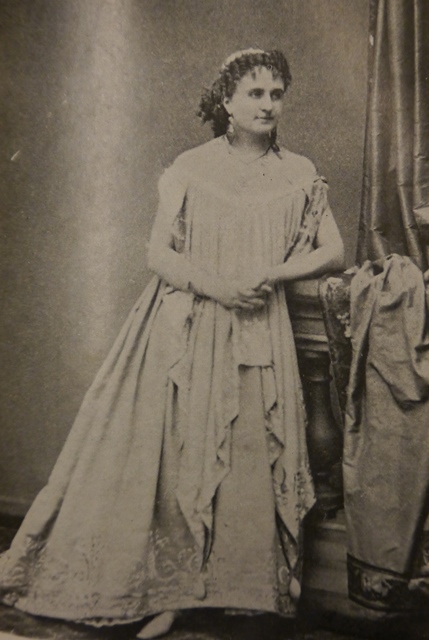 Yet despite these trials the first night went ahead on 17th December 1864 at the Théâtre des Variétés, delighting critics and public so much that it launched a run of 700 performances. Among its admirers was the famous chef Auguste Escoffier, who created a special dish in its honour – Poire Belle Hélène, a luscious confection of poached pears and vanilla ice-cream topped with chocolate sauce and crystallized violets. Like the opera itself, it is a treat for the connoisseur – and certainly fit for an Emperor.