We’ve now announced the ten finalists for our Wildlife Sounds short film competition with IdeasTap. We set filmmakers and animators the brief to create a new short film inspired by our weird and wonderful wildlife sounds. All is not what it seems: a haddock sounds like a snare drum, or bats sound like a human beatboxer.

Here are the ideas we loved the most:

Joe Kroese
His film ‘Someone Else’s Life’ explores the social mobility of farmers and their ties to nature and the land. It tells the story of a Northumbrian teenager filmed in silent, except for wildlife sounds: their father's Land Rover is sounded by a haddock drumming; their dubstep is played by the echolocation of a bat. Joe works as a filmmaker for Northern Stars Production in Newcastle as well as creating documentary work for his company, I See Productions.

Samuel de Ceccatty
His film will tell the story of Julian, a 30-years old man who never gave up his dream to make wildlife documentaries. Though working in a shop in London, he uses his prolific imagination to turn every minute of his prosaic life in an adventure, imagining wildlife animals from the noises that surround him combined to the sounds he remembers from his favourite documentaries. He is a 23 year old filmmaker and part of Cat & Bear production company.

John Maloney
Office drone Will uses nature recordings like narcotics, transforming the stress of urban existence. With headphones he smothers ringing phones and traffic with birdsong and waves. But after he's attacked in the street, animal noise merges into his heartbeat, birdsong mutates into ominous police sirens: his private soundworld is infected with menacing reality. He is a 26 year old filmmaker, musician and producer now living in London and working as a digital content producer at BAFTA. 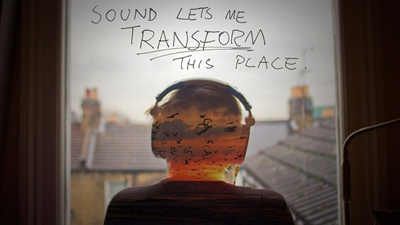 Maya Avidov
This video’s starting point is a musical composition created by Assaf Gidron that transforms the sounds first into a soundscape, and then into a captivating rhythmic texture. The composition will then be interpreted into a video showing a choir performing (lip-synching) the composition.

Ciaran Lyons
The camera travels through a barren asphalt landscape – a disused airstrip. An incongruously fertile accompanying soundscape begins to build. The visuals remain devoid of life. As the camera continues its journey, the footage begins to flicker and glitch, revealing glimpses of a parallel digital world occupying the same space.

Katherine Blakeney
In her animation, our wildlife sounds will be reinvented as the voices of endangered library books expressing their essence. Their peril comes from the midnight invasion of a burglar. As he opens each book it speaks to him in its own voice revealing a vision that symbolizes its contents.

Michael Daye
A group of teenage girls camping on the edge of a wood wake up in the middle of the night to an orchestra of bizarre noises. To keep each other comforted throughout this cacophony, they begin to perform a demented clapping game with one another, drawing the sounds of nature into a short, rhythmic song.

Elena Ruth Simpson Ragdale
For this project she will depict animals that are visually fused with instruments: for example, a frog that is also an accordion, or a bat with wings built from drum skins. The British Library will be the setting, with the animals emerging from books. 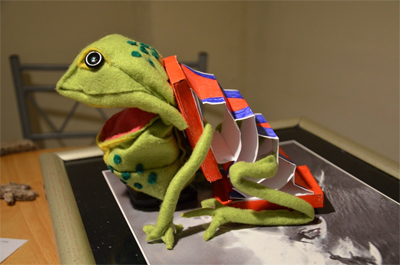 Luke Rodgers
‘The Lost Explorers’ is a gripping slice of adventure that sees twin brothers overcoming their differences in the face (or should I say sounds) of far greater dangers. Nothing is more scary than a threat you can't see and when Mattie and Ollie escape their parents while walking in the woods their imaginary exploring mission becomes very real. Now they must work together to overcome the unseen menace and get back to the safety of their parents. One of Luke’s films was premiered at the 56th London Film Festival.

You can find out more about the competition on the IdeasTap website.

The winning film will be screened during our Spring Festival in March 13.

Posted by Creative Industries at 1:34 PM