The British Library and India – an exciting new chapter

This weekend I am travelling to India for the opening of The Everlasting Flame: Zoroastrianism in History and Imagination at the National Museum, New Delhi. The exhibition, produced by SOAS University of London and held originally at the Brunei Gallery in 2013, is the first to offer an international perspective on one of the world’s most ancient religions and comes as SOAS celebrates its centenary year. 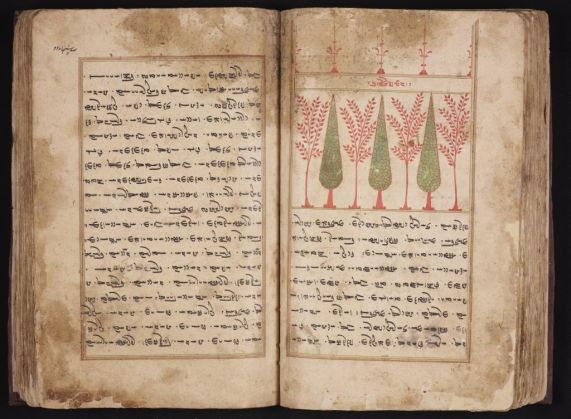 An illustrated copy of the 'Law Against Demons' copied in Yazd, Iran, in 1647. One of the British Library loans featured in The Everlasting Flame exhibition. [British Library, RSPA 230, ff. 151v–152r.]

I’m especially delighted that the British Library is closely involved in The Everlasting Flame: one of our curators is part of a team of international experts co-curating the exhibition and the Library is lending 29 key items – the first time ever that the British Library has loaned original items to India. These include a 9th century prayer fragment which is the earliest surviving Zoroastrian text in the world, and a beautiful 15th century depiction of Zoroaster in an illuminated manuscript that belonged to Henry VIII. 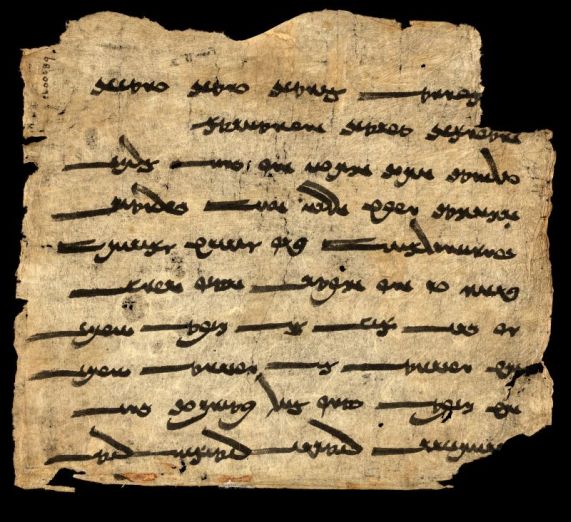 Prayer  fragment dating back to the 9th century - the oldest Zoroastrian manuscript in the world. [British Library, Or. 8212/84.]

Along with texts, paintings and textiles the exhibition will include a walk-in fire temple and a ten-metre glass etching based on the cast of the western staircase from the palace of Darius at Persepolis, from the British Museum. All the British Library manuscripts featured in The Everlasting Flame will also be available on the Library’s Digitised Manuscripts website.

The Library’s involvement in The Everlasting Flame – which runs from 20 March to 31 May 2016 – is just the latest chapter in the developing story of the UK’s cultural exchange with India. The British Library holds one of the world’s greatest collections of material relating to South Asia and we are currently working with partner institutions across India on a range of projects that aim to make this material available to as wide an international audience as possible. 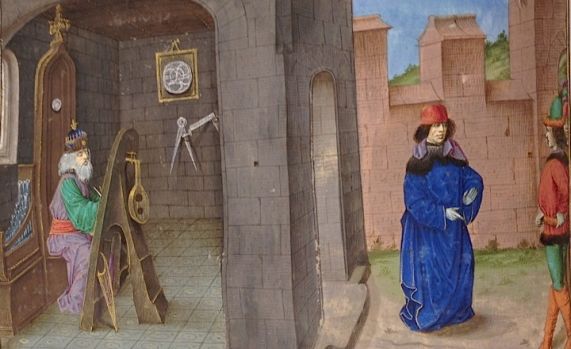 A pilot phase is currently underway to digitise 200,000 pages of Bengali books over the next six months, making a rich collection of printed materials, many unique, available online for the first time. At the same time, we are fundraising to digitise the entire collection of pre-1914 print materials – amounting to 11 million pages – and so are keen to talk to potential donors or partners to help make this a reality.

It is our mission to make these intellectual resources accessible to everyone, for research, inspiration and enjoyment, enabling people all over the world to appreciate India’s great cultural heritage in new and innovative ways.

Many of the beneficiaries will be in India itself, where the Indian government’s ‘Digital India’ initiative aims to universalise mobile and internet access across the country, and the National Virtual Library of India is ushering in a new era for research. We will contribute to capacity building in India through partnerships and workshops with Indian academic and research institutions.

The collections digitised through Two Centuries of Indian Print will stimulate advances in digital scholarship and commercial technology. These could include new techniques for scientific analysis of heritage material, new ways of processing the huge digital dataset and development of optical character recognition for South Asian languages.

Digitisation is a catalyst for new thinking and partnership – exactly the kind of relationship the UK seeks to build with India. Our digital research team recently released more than a million illustrations from 19th century books as an experiment in public engagement and crowd-sourcing dubbed the “mechanical curator”.  The impact was enormous: over 100 million views and 35,000 tags on Flickr in a single month. Imagine the impact of innovative ideas like that allied to the wealth of Indian culture. 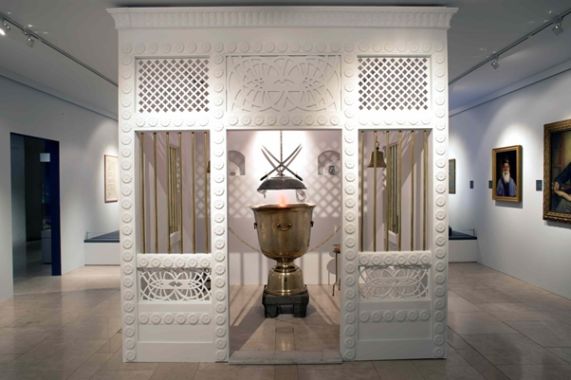 Replica of the Fire Chamber, Manekji Navroji Sett Fire Temple, Mumbai. Image from 2013, when The Everlasting Flame exhibition was originally staged in the Brunei Gallery at SOAS. Photo courtesy of SOAS.

The historic cultural ties between Britain and India are emphatically not for the history books. Building on them and investing in them will forge bonds for the future. It will promote close connections between cultural and educational institutions, researchers and technology pioneers. It will empower new generations to work together.